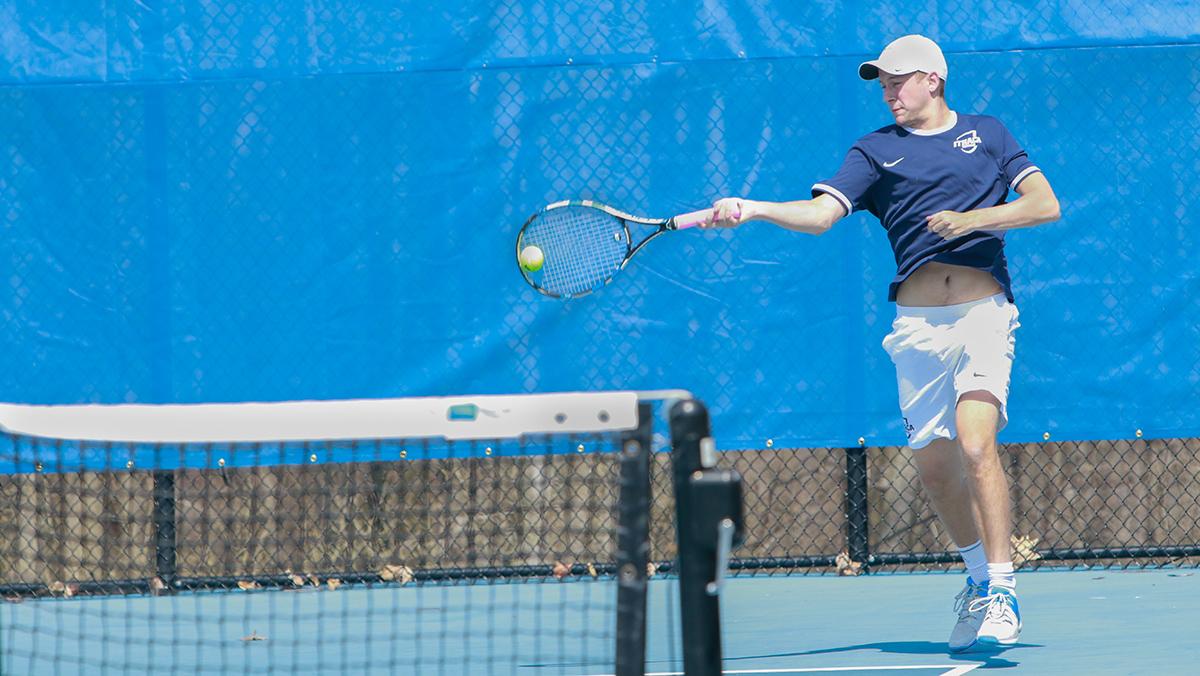 The Blue and Gold started out strong in doubles play with three victories.

Singles play for the Bombers were just as successful as doubles play. All singles flights defeated Nazareth opponents in two sets. The closest match of the evening came from Davis.

Davis faced Hurt of the Golden Flyers who competed in a competitive first set, defeating Hurt, 7–6. The second set Davis came out with a strong 6–3 win not allowing Hurt to stay close.

“I was really trying to focus on getting the ball back in play and work the point,” Davis said of the first set.

Another strong win for singles play came in the sixth flight where Buksbaum defeated freshman Andy Lee of the Golden Flyers in a pair of 6–0 sets.

The Bombers are undefeated in Empire 8 Conference play and feel strongly about the remainder of the season.

“I think this is the most confident season we’ve had,” Wolf said.  “Last year we beat all the other teams except for Stevens [Institute of Technology]. In terms of all the other teams, we feel really confident and were just looking forward to next Saturday when we play Stevens.”

The Blue and Gold come off of back-to-back wins gearing up for another Empire 8 matchup against Hartwick College.

The Bombers will face the Hawks at 4 p.m. April 18 when they travel to Oneonta, New York.