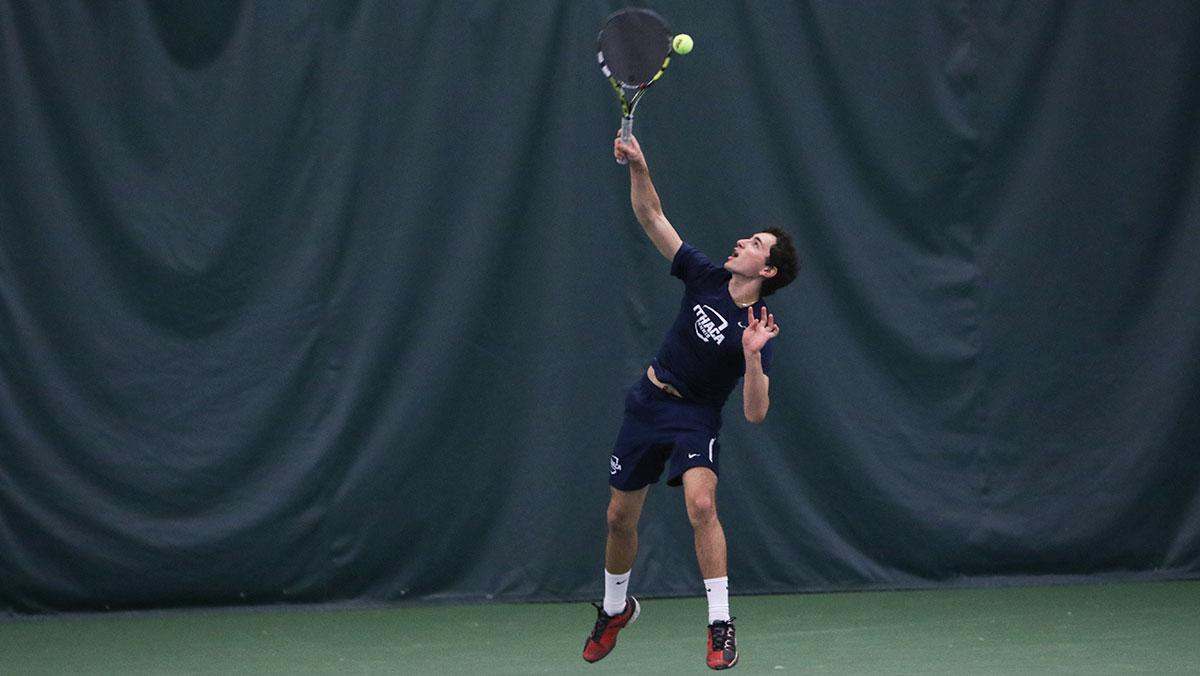 The men’s tennis team came into its match against Stevens Institute of Technology on April 9 with high hopes. The Blue and Gold has not beaten the Ducks since the 2009–10 season and ultimately fell to them again 9–0.

In the singles portion of the match, freshman Stefan Lazarevic had the closest match of the day. Lazarevic won the first set 6–3, but fell to the Ducks freshman Kyle Cenderelli with scores of 0–6 and 6–10.

Ducks senior Matthew Heinrich defeated senior Chris Hayes with a score of 6–1 and 6–2, causing Hayes to lose his first singles match this season.

Hayes said that even though the the Bombers tried their hardest, they are just looking to put the match behind them.

“We competed really well. Stevens is a tough team. One of the toughest in the nation,” Hayes said. “We are just trying to move on and refocus for tomorrow against TCNJ.”

The South Hill squad will compete next at 11 a.m. April 10 in Ewing, New Jersey against The College of New Jersey.