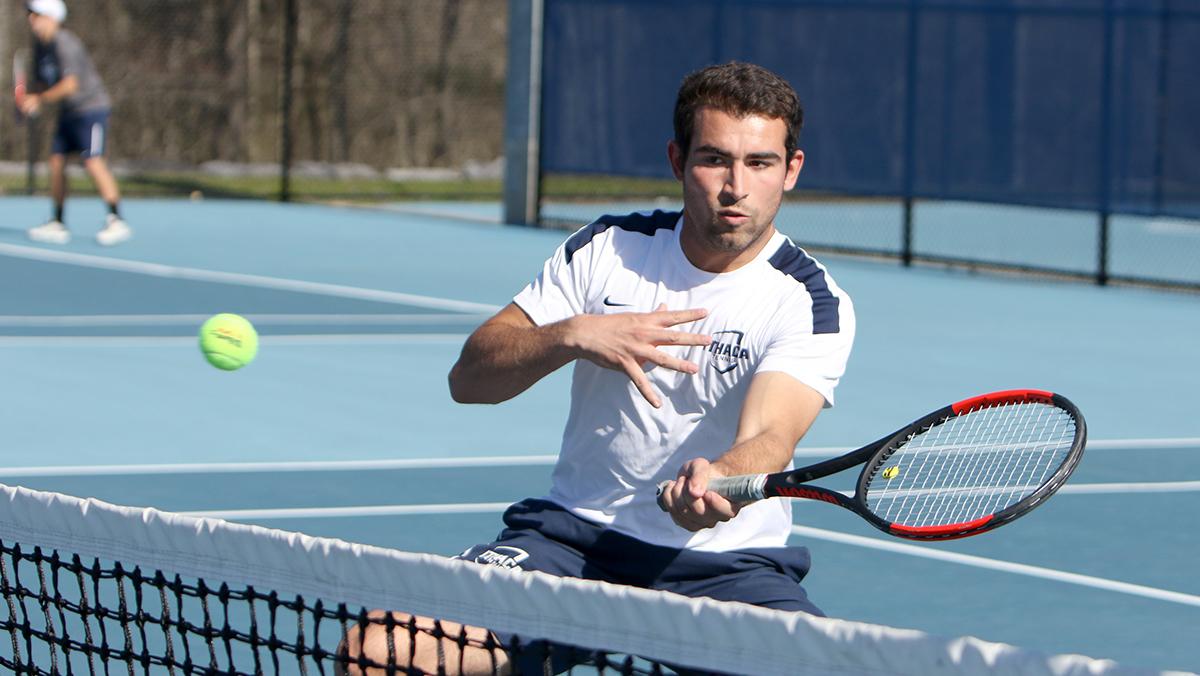 Senior Wes Davis and junior Lorenzo Viguie-Ramos scored the first point with an 8–3 win against the Cardinals’ senior Jacob Zarzycki and freshman Dustin McCullough in the second flight.

Prestwich took home a win for the Bombers with a 6–1, 6–3 victory over Zarzycki in the third flight singles.

The Bombers return to play at 11 a.m. April 15 to take on Nazareth College in Ithaca, New York.

The men’s tennis team defeated Empire 8 rivals Elmira College 9–0 in the opening round of conference play.