Men’s track and field wants to conquer its new league 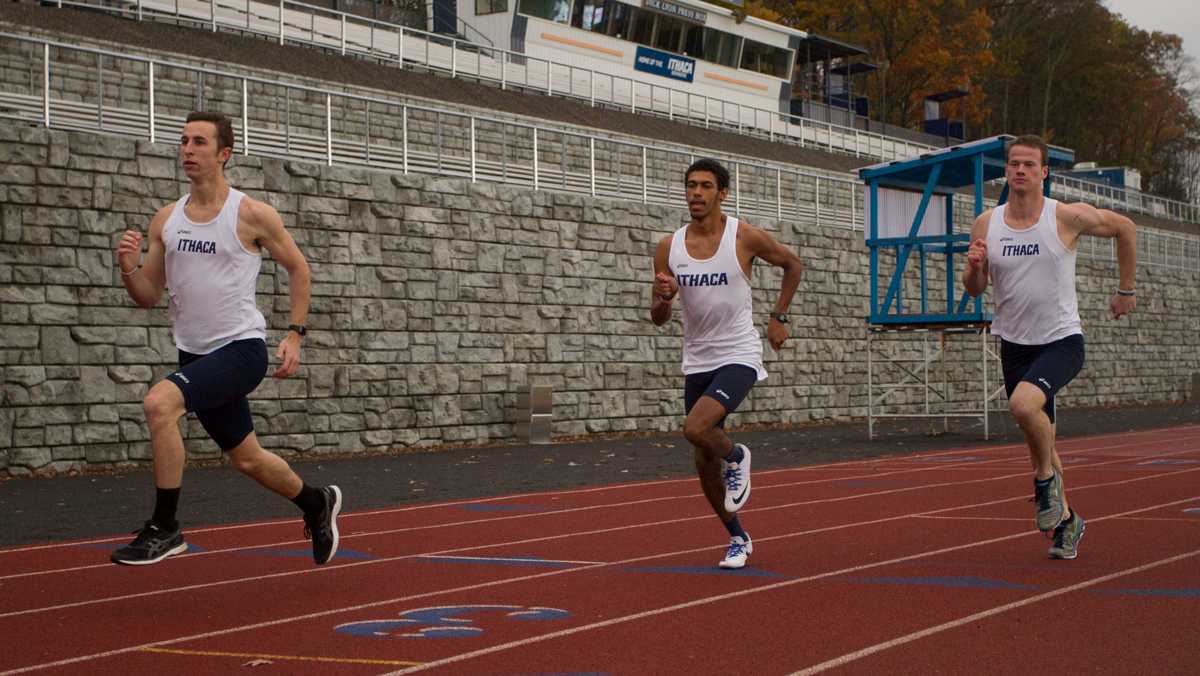 Coming off a victorious season last year, the Ithaca College men’s indoor track and field team is looking to have the same success this upcoming season in the Liberty League Conference.

Head coach Jim Nichols, who won Empire 8 Coach of the Year last season, said that the team looks to transfer its success from the Empire 8 Athletic Conference to the Liberty League Conference.

“The competition is going to be tougher this year,” Nichols said. “In our conference, we now have St. Lawrence, RPI, RIT and University of Rochester, which are historically known for being in the top five in the state along with Ithaca. However, I believe that our athletes are working really hard, and we have some athletes on the team that can qualify for nationals.”

Daniel Harden-Marshall, sophomore sprinter and long-jumper, was an Empire 8 First-Team All-Conference selection last season. He was a starter on the first place 4×400-meter relay team and was also the indoor 400-meter dash runner-up at the Empire 8 Championship meet. He said the mentality of the team will be different when facing new teams this year.

“I think that we are going to go into these meets with a chip on our shoulders,” Harden-Marshall said. “The other teams aren’t used to seeing us at almost every meet, so I think we are going to bring it to them and they won’t be expecting it.”

The Blue and Gold’s indoor schedule is set up differently from years past. In the Empire 8, the conference championship was in the middle of February. However, with the Liberty League Conference, the championship meet is at the end of February. Nichols said that this will help get the athletes in the competitive mentality for nationals.

Senior pole vaulter David Dorsey, who tied the college’s pole vaulting record last season and was an indoor NYSCTC champion, said that the change in schedule will help the team.

Along with the difference in scheduling, Nichols said that there are fewer qualifying spots for events in the Liberty League than in the Empire 8. In previous years, the team has been able to take approximately 50 athletes to the championships, but now they can only take about 30.

Dorsey said that fewer athletes qualifying could be a potential new challenge for the team.

“As a team, we perform best when we have everybody there keeping the energy high and cheering our teammates on,” Dorsey said. “We have some experience competing as smaller units, but we work better when we are all together. We will still have a strong showing because 30 guys is a lot, but we will face the challenge when it comes.”

Seth Abbott, the senior hurdler and multievent athlete who broke the college’s record for the decathlon last season, said all the teams in the Liberty League Conference have to overcome the same boundaries to compete.

Nichols said he believes that winning a championship is successful, but he defines success as more than just winning.

“I want every athlete to have a personal best and to compete at the highest level they are capable of,” Nichols said. “With 65 athletes, athlete No. 65 can still have a personal best even though he may not go very far. You can lose at winning and win at losing, and our athletes are going to compete at the highest level and challenge themselves to be the best they can be. If they do that, they will be ready by the time the season starts.”