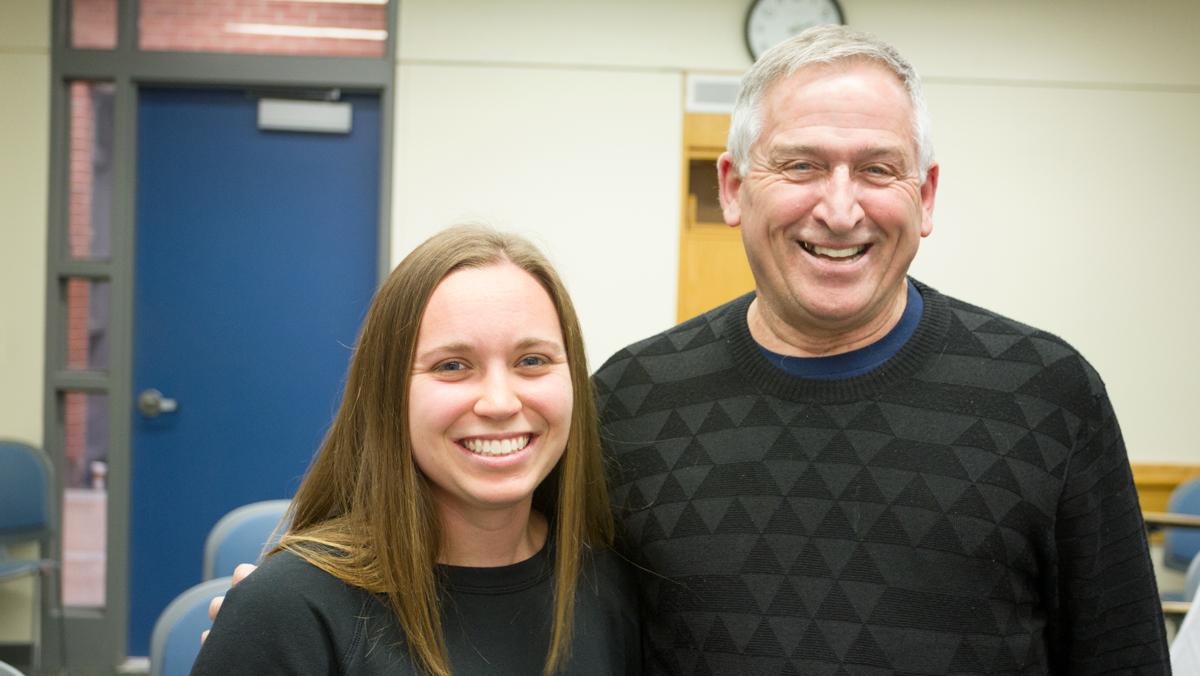 The program provides another resource for the student-athletes who seek assistance regarding classes or have general questions about the college.

“At one of the sessions at that annual meeting, there was a panel that talked about how and why they had started an athletic mentor program at their facilities or institutions, and I thought it was intriguing and brought it back,” she said.

Belyea said the program serves as a great way for faculty members to get involved with the college’s athletic community.

“I think my main goal was to increase engagement of faculty across campus in athletics,” she said. “We have a very wide distribution of our mentors from all the schools, so I’ve intentionally tried to make sure that our schools are represented in the mentor program.”

Susan Bassett, the college’s director of intercollegiate athletics and recreational sports, said the FAM program is a tremendous asset to the students and coaches. However, she said, there is still room for improvement.

“I think that, as a relatively new program, it is really awesome with some programs and maybe needs a little more engagement with others,” she said.

Frank Micale is a clinical associate professor and clinical director in the Department of Exercise and Sport Sciences and FAM for the women’s track and field and cross-country teams, and he frequently goes on runs with the team. He also attempts to attend at least one practice a week and all home meets.

“It’s just been really fun to be involved and part of the team and feel that team cohesion and play a little role in their success,” he said.

Graduate student Nikki Razzano of the women’s track and field team said she notices Micale at her practices and meets.

“Every time I have come in contact with him, he has been super nice and really cares about our team and how we do,” she said.

Sebastian Harenberg, assistant professor in the Department of Exercise and Sport Sciences, has been the FAM for the women’s soccer team for a year. He said the program allows for him to build personal relationships with the student-athletes. He said the program benefits the coaches as well.

“I find that I can help the coach quite a bit to take a little bit of the pressure away from the coach for the team to perform in the classroom,” he said. “My role is really involved, attending practices but also being a completely open resource with them 24/7.”

Junior Maddie Keppel of the field hockey team said she appreciates the fact that the team has the ability to decide on its FAM. Keppel said she has taken a couple of classes with her FAM, Stephen Mosher, professor of communication studies. She said they have had multiple personal conversations.

“He is definitely a mentor for me,” she said. “I don’t think he is that for all of my teammates, but that is one of my coach’s goals for this spring, is to definitely make that a better connection.”

Freshman dives into competition after switch from gymnastics