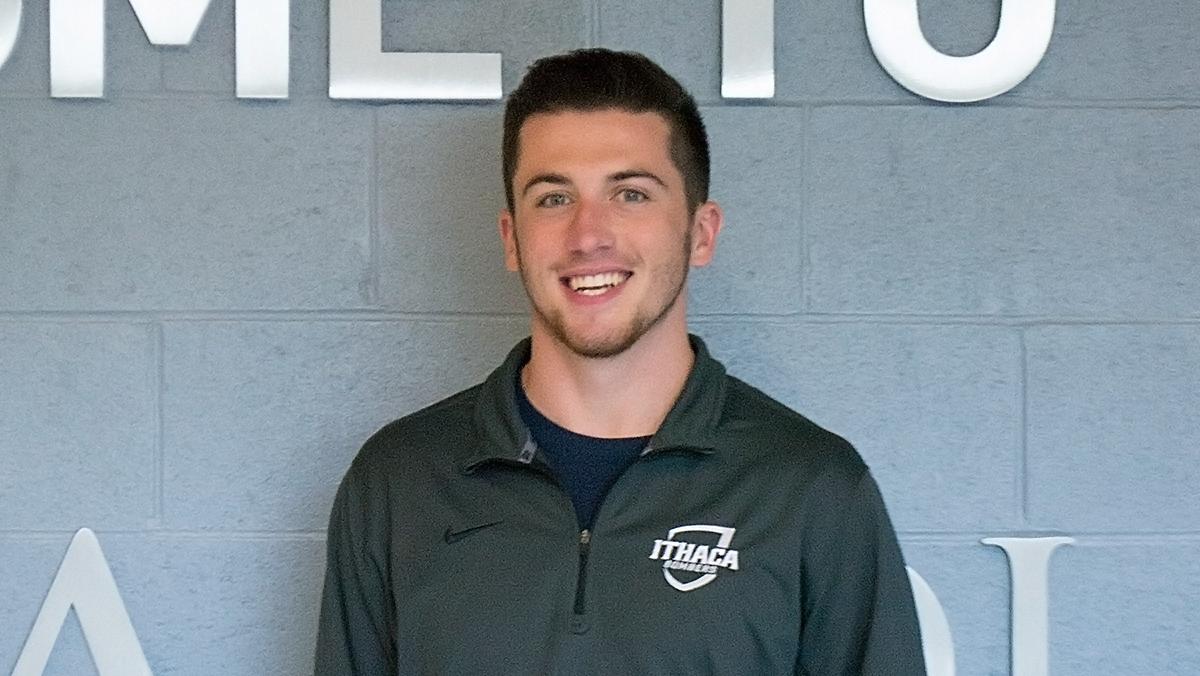 After a one-year stint at Skidmore College as a top assistant coach, Nick Hourigan will be joining the Ithaca College men’s lacrosse program as an assistant coach in charge of executing defensive strategies while also playing a key part in the recruitment of new talent for the Bombers.

A graduate of LeMoyne College, Hourigan was a member of the defense that was consistently ranked atop the Division II rankings and appeared in two national championship games in 2013 and 2015.

Staff Writer Cal Dymowski spoke with Hourigan about his lacrosse experience, his reason behind choosing the South Hill program and the upcoming men’s lacrosse season.

Cal Dymowski: What attracted you to the job of being an assistant coach at Ithaca?

Nick Hourigan: Coach [Jeff] Long actually reached out to me, and when someone like him reaches out, you pick up the phone. He got me interested, and when I came out here on my interview, I was just blown away with the facilities here and Ithaca in general. All the success Coach Long had was very enticing. Coach Long said he had unfinished business, and the fire and passion he has about the game of lacrosse is very impressive. It’s just great to be around.

CD: What are you most excited about and looking forward to doing in your role?

NH: Being able to coach at a high-caliber program, being able to work and learn from Coach Long. I’m excited to build on the success that the guys had last year. I know a lot of the guys here and in the locker room have a sour taste in their mouth about how last year ended after having such a great season, so we’re trying to learn from that and just build upon all the success that they have had and keep it going.

CD: You played Division II lacrosse at LeMoyne College, where you won the 2013 NCAA National Championship, as well as coached and recruited at Skidmore College last season. How do you think those experiences have prepared you for this new position?

NH: I think being at LeMoyne College helped me out a lot coming into Ithaca because of the types of recruits and kids that we’re talking to are high-level and talented kids that have Division I looks. We’re trying to convince them that you can have that same kind of experience, if not a better one, at a Division III school.

CD: Now that you’ll be working on the defensive side of things, what is your defensive philosophy, and how will you go about integrating it into Ithaca’s system?

NH: My defensive philosophy is right in tune with how Coach Long wants us to play offense. We want to be aggressive, have a fast-paced style of play, have a burning passion and fire for the game of lacrosse and a love for the game of lacrosse. I think that goes right into how we’re going to play defense, too. We recruit these great kids because they’re good at lacrosse and they’re athletic, and we’re going to use that. … We have great kids here with great talent all over the roster. We want to play fast. We want to be aggressive. We’re going to do that same thing on the defensive side so we can get the ball, get to our offense as many times as possible.

CD: How do you think that personal experience of winning the national championship and knowing how to get there and compete at that high level is going to benefit this year’s squad?

NH: The immediate benefit is that I know how grueling the season is when you do make it to the national championship. … So I think that experience means I’ll be able to keep practice fresh every day. Making sure that our two hours of practice every day in the spring is the best two hours of the guys’ day. They’re excited to come. They’re excited to play. And then knowing the emotions around it when you are the No. 1 ranked team in the nation, like they were last year, and having that target on your back all the time. … And then — as you said — I won one in 2013, but I also lost one in 2015, my senior year. So I’ve seen what it takes to get there two times, and I have had two different results.

CD: What are your personal goals for this upcoming season? What do you want to develop into as a coach?

NH: Getting all the guys, especially on the defensive end, to trust me, buy into the system and understand that at the end of the day, I want what’s best for them. I want to win as many games as possible … and win that title. That’s been the easiest part of my job so far: knowing that every guy in that locker room is hungry, even the freshmen coming in. They understand what happened last year. No one is resting on their laurels here. But I came in at the last week of fall ball this year, and it was really fun getting out there and practicing with the guys and working with them. I’m dying to get back out there with them in the spring and just start practicing every day and getting close with these guys and making sure that all our goals are aligned, and so far they are.

The men’s lacrosse team season ended with a 19–7 loss to Tufts University May 18 in the NCAA Championship quarterfinals.