New golf coach gets in the swing of things 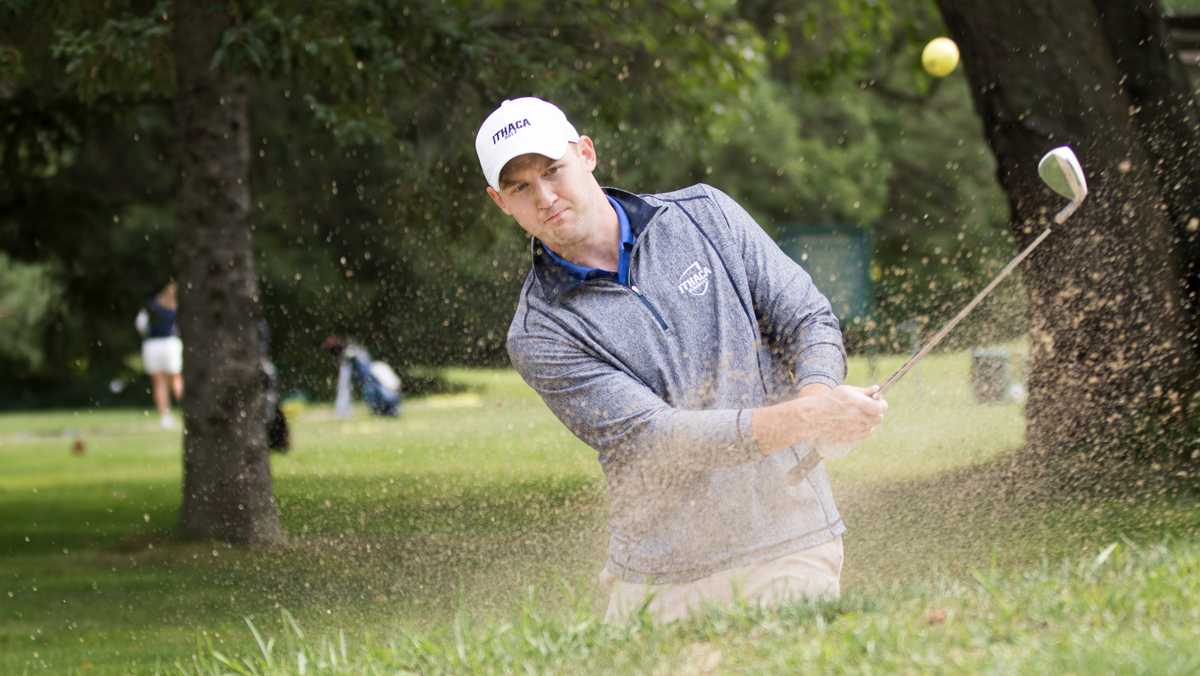 Ithaca College’s new women’s golf coach, Keith Batson, has been in the golf business since he was in high school. Now he is making his transition from a Professional Golf Association professional to a college coach.

Batson is used to giving group lessons and running junior camps, but only got to know the players for a short period of time. As a college coach, he will now be able to work with the same players for up to four years.

Batson spent the past 10 years working at the Elm Tree Golf Course in Cortland, where he gave hundreds of lessons. Batson said that during the season he wants to stress how tournament golf is different from playing a round of golf.

During the 2016–17 season, the Blue and Gold won their seventh consecutive Empire 8 Championship. The Bombers competed in eight tournaments, and their highest finish was fourth place.

Sophomore Peyton Greco said Batson will bring a new perspective to the team, as he has experience with a variety of golf swings. The type of swing used changes depending on the club that is being used and how far away the golfer is from the hole.

“I think he will give us the tools we need to be as successful as we possibly can, both as individual golfers and as a team,” Greco said.

One of the short–term goals for this year, Batson said, is meeting with each player and developing a plan to ensure they are improving each week.

Greco said Batson’s coaching style focuses on all aspects of the game.

“Based on the preseason schedule, he is trying to get us on the course more to stimulate competition,” Greco said. “Our first tournament is September 9th and 10th. The time from now until then will fly, so we need to make the most of all of the practices we have.”

Running a golf course during a tournament will likely come easily to Batson, as that was part of his previous job.

“I get to talk to people all day long,” Batson said. “Communicating and working with everyone lends itself well to being in the golf business for the past 10 to 15 years.”

During the hiring process, four of the team’s golfers were involved with the interview process.

“We got to figure out what his coaching philosophy is,” senior Kyra Denish said. “This is his first coaching job, and he has never taken control of a team, and we wanted to feel him out and see how he would be as a coach for his first time.”

Denish said Batson is very knowledgeable about not only the game, but also about competition and practices.

“I think it’s very important that he is a professional and gives lessons to people,” she said. “I think it will be cool to see how he takes his experience and implements it into the team.”

He completed his bachelor’s degree in Business Administration with a concentration in professional golf management in 2008 from SUNY Delhi.

Batson said he is ready to kick it into gear with his new team, with his ultimate goal of turning the golfers in NCAA champions.

“I am just really excited to get started and meet the whole team and put the plan into place,” Batson said.