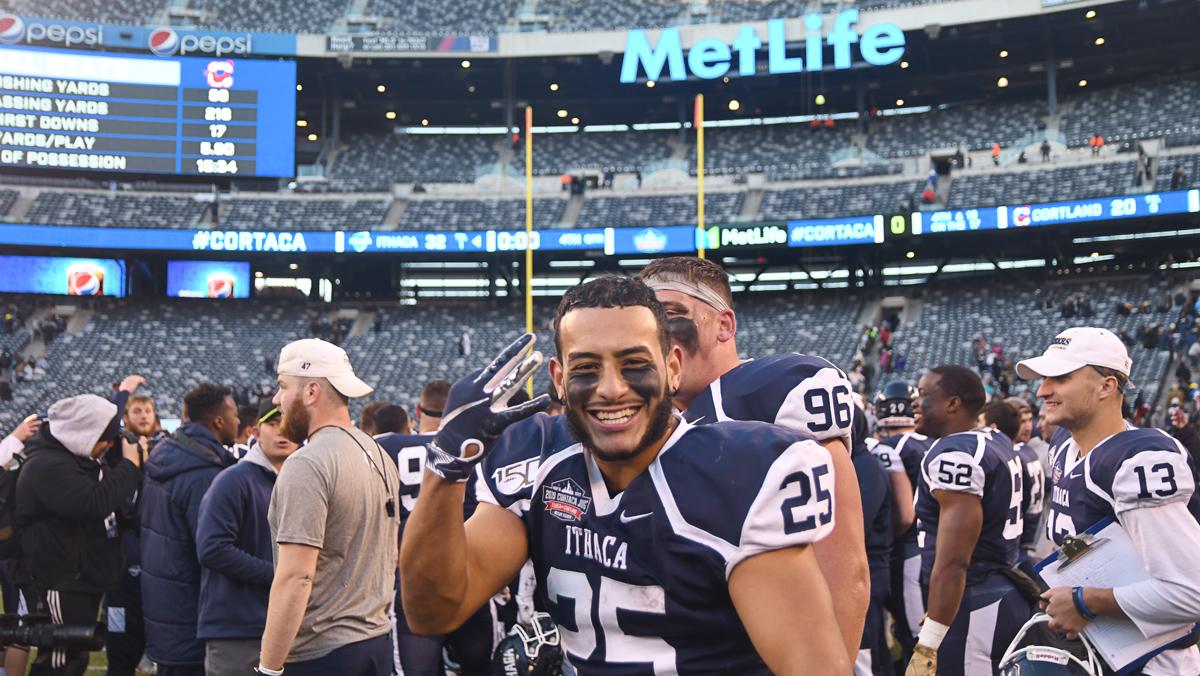 Since the start of the COVID-19 pandemic, athletes have been affected in ways they had never imagined. With sports seasons being abruptly canceled and team meetings being held over Zoom rather than on the pitch, student-athletes have been dealt challenges that a lifetime of competition could not prepare them for.

However, as a result of the pandemic, student-athletes have been given new platforms to speak their minds and opportunities to participate in activities they may not have before, including guided journaling, yoga classes and informational sessions on topics like self-talk, intuitive eating and self-care.

Two new virtual platforms Ithaca College athletes have been engaging with are Untold Athletes, a national social media platform and website that formed in March 2020 for athletes struggling with the sudden loss of their seasons, and The Hidden Opponent, a national nonprofit organization that is working to destigmatize mental health in sports.

The pandemic has continued to have a negative impact on student-athletes’ mental health. The NCAA recently released results from a Fall 2020 follow-up to its NCAA Student-Athlete COVID-19 Well-Being Survey, first conducted in Spring 2020. In both surveys, participants reported struggling with mental exhaustion, anxiety, hopelessness and depression. These results were especially high among women, student-athletes of color, LGBTQ student-athletes and those facing economic hardships.

Untold Athletes has also given athletes a space to voice their opinions on topics like the pressures of being an athlete, recovering from injury, race in sport, gender inequality, body image and mental health. The program came to South Hill in September as its first college satellite branch. The partnership was in part due to an effort between Erienne Roberts, associate director of athletics, and Whitney Johnson, the Untold Athletes chief of business development.

“I wanted to make sure we highlighted DIII athletes, and Ithaca came first to mind,” Johnson said. “Instead of just highlighting a few of [the college’s] athletes, let’s help them build something where all of their athletes can get a voice and be heard and really just show off the amazing institution that Ithaca is.”

The college’s branch of Untold Athletes has featured 20 Bombers across all sports and classes over the past five months. Three Bombers who had the opportunity to be featured on the national platform prior to the partnership were junior track and field athlete Katelyn Hutchison, junior football player Donte Garcia and soccer player Devon Morris ’20, who said she was surprised by the reaction her story got.

“It was kind of mind-blowing reading some of the comments underneath the actual post on Untold Athletes,” Morris said. “I think one of them said, ‘Devon should have a movie made about her,’ and I was like, ‘What? People think that? I was just doing my thing!’ It really didn’t hit me until it was actually posted and out there and people were reacting to it.”

Garcia’s interview with Untold Athletes was the first time he had anything published about him. He said seeing it online felt empowering.

“I think the whole point of it was to help us find our voice and get our voices heard, and I definitely felt that,” Garcia said. “It kind of gave me the confidence to continue to want to grow.”

Brigham Young University tennis player David Ball created Untold Athletes after he lost his senior season due to the pandemic. The organization has mostly interviewed Division I athletes.  The only other Division III schools featured besides Ithaca College are Hamline University, Lewis and Clark College, Pomona-Pitzer Colleges and Messiah College.

“I think it speaks volumes just the visibility we have as a college, the connections that we build and bridge throughout the association, our administrative team being open and innovative to new ideas, and really wanting [our students] to have an empowered student-athlete experience,” Roberts said.

Similar to Untold Athletes, The Hidden Opponent gives athletes a platform to share their personal experiences with mental health. Victoria Garrick, then a University of Southern California volleyball player, founded The Hidden Opponent in 2019. The Hidden Opponent has held events to help athletes with issues such as identity loss and life after sport, suicide awareness, depression and anxiety, eating disorders and other issues in athletics.

Madeline Barlow, former swimmer at Bloomsburg University and sports psychology coordinator at Drexel University, hosted a talk in January with The Hidden Opponent athletes called “How to Fall Back in Love With Your Sport.” Barlow said there are aspects of mental health that are specific to the student-athlete experience that make it important for them to prioritize it just as much as their physical well-being.

“Many athletes will have similar experiences across sports … with this mindset of pushing, pushing, pushing to do the most and be the best,” Barlow said. “It comes back to this idea that athletes are looked at as superhuman or on this high pedestal sometimes, and there is a lot of pressure behind that. … I think it really is about that pressure, that expectation, and the ‘Do the most, be the most, or you’re not enough’ [mindset], and those are things that can really negatively impact an athlete, especially at the college level.”

Barlow said she felt the organization is effective in its mission to destigmatize mental health in sport.

“We really want to destigmatize mental health,” Buschhorn said. “We want it to be something that’s so commonly talked about, that it’s just like an everyday conversation. Nobody should be embarrassed or not talk about it because they’re like, ‘Oh I’ll be judged,’ or, ‘It will make me less of an athlete or less of a strong person.’ I think the main goal is really just to make sports culture something that accepts that there are mental health challenges and that we all are facing a hidden opponent, and we just need to work together to get over it.”

The Bombers have two Campus Captains for the college’s chapter, which formed in November. Senior tennis player Max Prestwich is the president of the chapter, and sophomore field hockey player Arla Davis is vice president. The chapter is recognized officially by the national organization but has just started the process of becoming an official club at the college and plans to have biweekly meetings once more athletes become involved.

Hutchison said she hopes to see more platforms like Untold Athletes and The Hidden Opponent develop in the future so athletes are given a space to speak about issues outside of their sport.

“I definitely think more platforms like that will become more common,” Hutchison said. “The common notion has been athletes are just supposed to shut up and play. We’re really not supposed to have our own opinions. Now we’re seeing more athletes being open to talk about social injustices and other things that are affecting them, like dealing with gender, race, disabilities and things like that.”

Editor’s Note: Arla Davis is sports editor of The Ithacan.