Playing multiple games has a mental and physical impact 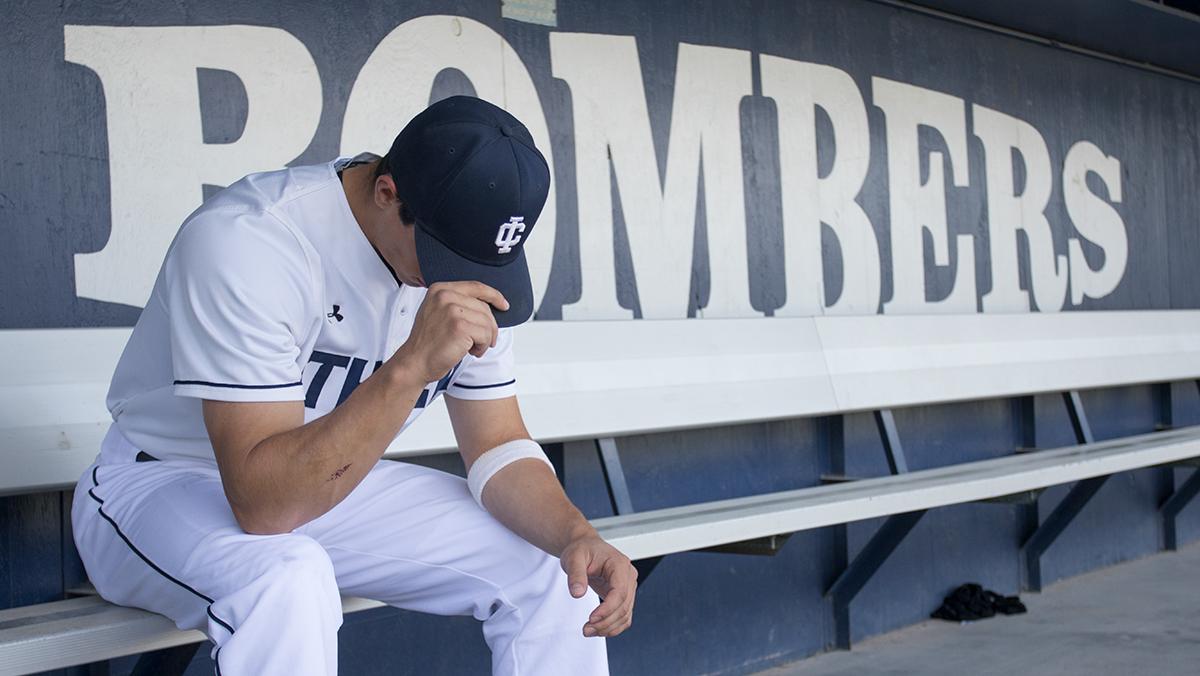 When baseball and softball players shake hands with the opposing team after a game, they don’t head to the buses — they head to the dugout to do it all again.

In order to get in the required number of games in a season, the varsity teams have to play doubleheaders. The club softball team often has to play tripleheaders.

“The team’s general feelings about the doubleheader are very positive but have a sense of urgency,” junior outfielder Domenic Boresta said. “In fact, we are playing a three-game series against an in-conference team, [SUNY] Canton. These are must-win games against a beatable team.”

But doubleheader games leave athletes more tired because they must perform for twice as long at their full capacity. This leaves athletes’ bodies less time to rest and recover before having to play the game again, making injuries more probable.

“I’d say doubleheaders do take a toll on me physically and emotionally,” said Daphne Burdeaux, sophomore club softball pitcher and second baseman. “However, some days are harder to get through than others. It mostly would depend on the time of day and the mood I am in. I do feel more drained after doubleheaders or tripleheaders than I would after playing a single game.”

Other sports typically have one game or match and are done for the day, but softball and baseball both play double or triple games at any given competition. This season, varsity softball does not have any single games, while varsity baseball has a few individual games throughout its schedule. This drains athletes because they have to focus, as well as physically play, for an extended time.

“It’s just hard because it’s so long — it’s a six-hour day,” softball head coach Deb Pallozzi said. “You play an hour and a half, maybe two hours each game, and then you have that half-hour break, and then they’re up here an hour before, so it’s a long day. Just trying to refocus before that second game, because most contests are up to two hours, and then they’re done for the night. They go home, they eat, they have fun, they sleep, do work, whatever. We have to gear up for another game. It just makes a long day.”

Injuries are always a possibility, and athletes who get injured can be out for the rest of the season depending on how severely they are hurt.

“We have had some major injuries this season,” Boresta said. “The biggest loss was a partially torn UCL injury from our No. 1 pitcher, Tyler Hill. His entire season was shut down from January after receiving surgery.”

With the added stress of back-to-back games, athletes must plan accordingly and take preventative measures to decrease the likelihood of getting hurt.

“ATs [athletic trainers] give us exercises to strengthen our core and legs, which prevents injuries from occurring,” Boresta said. “Also, we have had two diet lectures from a dietitian to help us change our eating habits.”

Freshman catcher Andrew Wollner said the players like to keep bananas with them to snack on between doubleheader games to help keep their energy up.

“I don’t feel extra stress as an athlete during doubleheaders, but it can be difficult to stay focused during extremely cold or hot days,” Wollner said. “It also all depends on the athlete. if you are a starter, it’s a blast; for a bench player, it can be mentally exhausting because sitting on the cold bench and not playing can be stressful because you feel like you aren’t contributing.”

Burdeaux said her energy levels are drained by tripleheaders because there is only so much her body can take.

“In my opinion, tripleheaders are a little bit of an overkill,” she said. “If you love softball, or any game, I think a doubleheader is enjoyable because, why not play a little extra or more of the sport that you love? But once it reaches the third game, it’s been about five hours of nonstop play, and you are a lot more tired physically and emotionally.”

Todd Lazenby, clinical associate professor in the exercise and sport sciences department, said that because doubleheader games take more time to play, athletes lose time that they might otherwise be studying or doing schoolwork.

“In addition, if the doubleheader takes place on a weekday, the student–athlete may miss additional class time because of the time it takes to play two games, a seven-inning and a nine-inning game,” Lazenby said.

To help athletes stay in shape and uninjured throughout the season, trainers help them with conditioning that strengthens their whole bodies.

Classes are another aspect that student-athletes need to think about since they have about 20 hours per week of sports-related time commitments that reduce the time they are able to devote to studying and schoolwork.

“It severely impacts our grades and academics,” Boresta said. “There is a big difference between the fall and spring semesters. In the spring, when in season, we often take road trips during the weekend that make it very difficult to do any work, especially with quality. Plus being with the team, only the most important assignments get done. Others that can wait usually are not done that weekend.”

Boresta said even home games can have a huge impact on his academics but that his professors have been lenient about absences and changes in his schedule.

“When we’re home, it’s just as hard,” he said. “Our energy levels are drained from seven hours of baseball, so the last thing we want to do is open a book.”