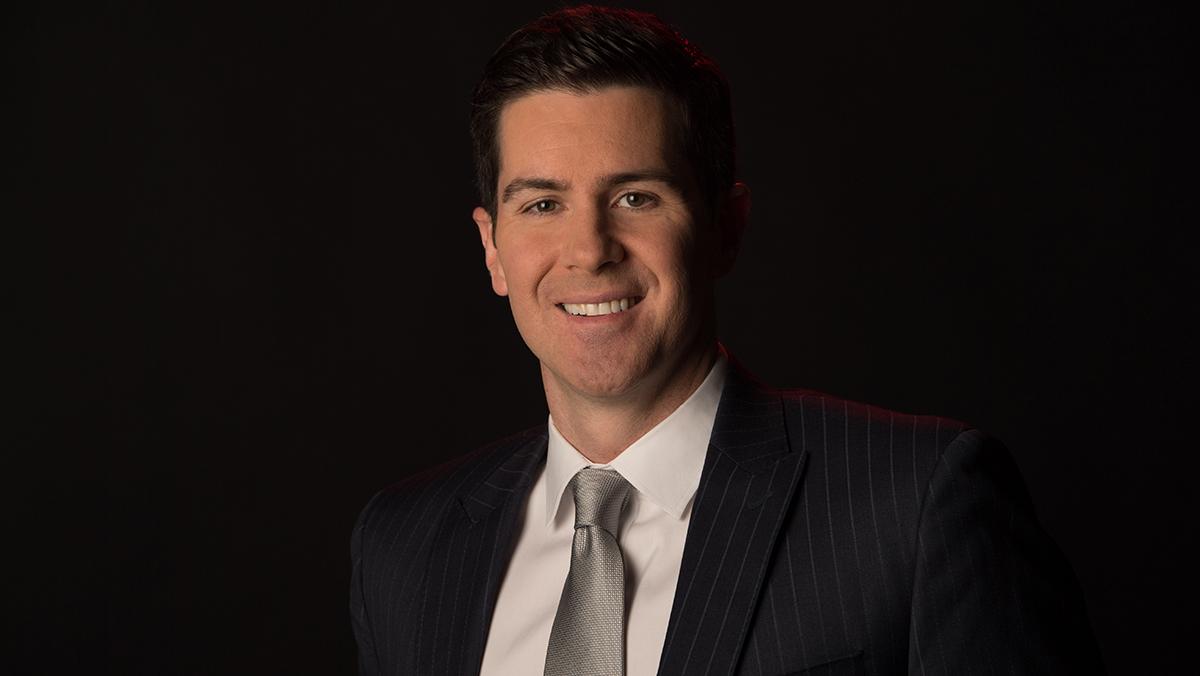 Former men’s basketball player Kevin Connors ’97 came to Ithaca College with aspirations of becoming a sports broadcaster. He spent his four years at the college honing his craft through his involvement with ICTV and WICB, and now Connors is in his 13th year as a studio host and anchor at ESPN.

Connors gained experience in the industry prior to working at ESPN through internships with other networks, like HBO Sports and Regional News Network. Connors has made his mark on the sports media industry as a studio host of college football, college basketball and Baseball Tonight and as an anchor of ESPN’s SportsCenter.

Staff writer Tommy Mumau spoke with Connors about his time at the college, his role with ESPN and how COVID-19 will change sports media in the future.

Tommy Mumau: What was the most valuable experience that you had at Ithaca College?

Kevin Connors: I have vivid memories of staying in on Friday nights, working on my spot charts for Ithaca football games on Saturdays. I look back on that now with great pride because that shows a lot of discipline. … The Gridiron Report, [an ICTV broadcast], was kind of the gold standard for student broadcasters in sports at the time. The opportunity to get to host that show [my senior year] meant so much to me, and I just took it very, very seriously. I wanted that show to be as professional as you can make it when you’re in college. … There’s not one game, but there are many games, road trips that we went to, knowing that family members of kids on the football team would listen to those games because it was their only way to know what was happening. That’s a pretty big responsibility for a college kid to take on. We all took it very, very seriously because that’s just how it was. Those are things where you’re not just doing this for fun; you’re doing this because you want to have a career in this field.

TM: What advice do you have for Ithaca College students that are looking to follow a career path similar to yours?

KC: I would say believe in your abilities. If you’re someone who has worked hard, is passionate about what they do and wants to pursue something, never let anyone tell you that you can’t do it or that you shouldn’t do it. You should always be more confident in yourself than anything else. Be willing to work harder than the young man or young woman sitting next to you because the industry is so competitive. You’ve got to work hard. You’ve got to love what you do. You’ve got to be passionate about it. We all strive for perfection, but I would embrace the times that you try things and fail, because I’ve never met anyone that has never failed in this industry. Failing has a negative connotation, but many of us learn from our mistakes, especially early on. Don’t be afraid to make mistakes. 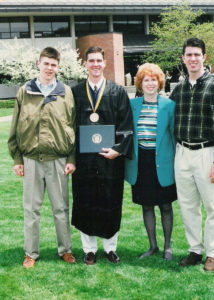 Kevin Connors ’97 with his family after graduating from Ithaca College. (Courtesy of Kevin Connors)

TM: What is your favorite part of your job at ESPN?

KC: I love informing people about news. I love the rush that comes with, ‘Here’s information, and it’s your job to figure out what the most important things are and disseminate it in a timely manner.’ I’ve always gotten a rush in those instances, and I will until it’s time to stop doing it. Being able to inform people is the most interesting part of my job.

TM: How has your role at ESPN changed as a result of the pandemic?

KC: Early on, it changed dramatically. For the first six weeks or so I didn’t step foot inside ESPN because there were no real events going on, and there wasn’t much to do. After that, they offered me the opportunity to do some talk radio on ESPN Radio. They sent me a kit, and I was doing it from the basement of my house. Obviously, since then we’ve come back, and I’ve been as busy as I have in my time at ESPN. Sadly, it’ll probably be a dramatic difference moving forward with the uncertainty and the financial impact that this is going to have on companies. It’s taught me something that I feel like I’ve been all along, but the value of being versatile, the value of being able to do a lot of different things and to embrace a lot of different challenges. 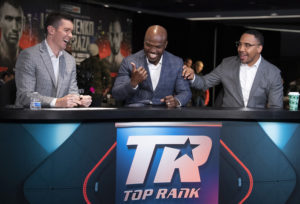 TM: How do you think the sports media industry will change as a result of the pandemic?

KC: I think sports as a whole are going to be dramatically impacted. I think that you’re going to see free agency look a lot different in professional sports than you have in previous years. I just think teams don’t have the money. I called a Major League Baseball game this year that was played in Los Angeles in Anaheim, [California]. I was in Bristol, Connecticut; Rick Sutcliffe, one of my analysts, was in San Diego; and my other analyst, Jessica Mendoza, was in Oregon. The viewer at home probably didn’t really notice a difference. … I think you’ll definitely see changes like that, where the announcers won’t necessarily be on site [of the game].

ESPN host discusses how IC laid the foundation for his career