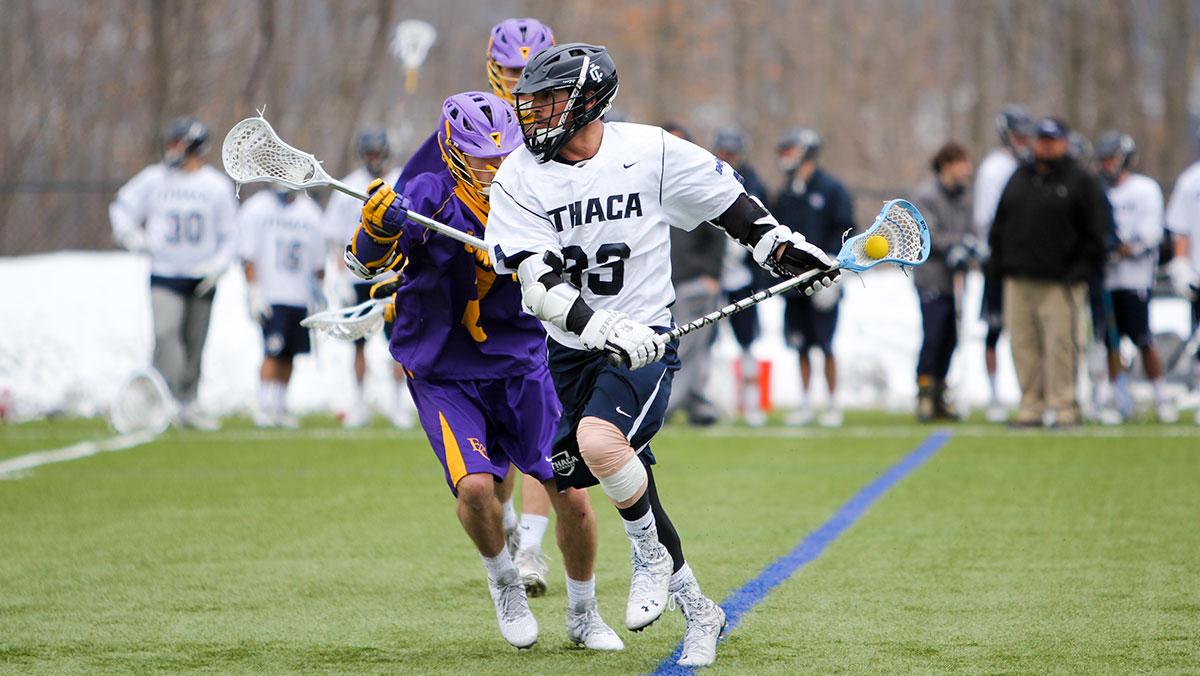 The baseball team fell to 2–7 on the season March 22, after dropping both games of a doubleheader against the nationally ranked Kean University Cougars by scores of 2–1 and 8–0.

In the first of the two nonconference games, senior Andrew Sanders pitched a gem with six strikeouts, no walks and six hits over eight innings. Sanders, who only allowed one earned run, recorded the loss to begin the season with a 0–2 record.

After Kean scored its two runs in the second inning, a pitching battle ensued over the course of the game. The Bombers looked to make a late rally in the top of the ninth when senior Matt Connolly drove in freshman Dominic Boresta.

In the second game, junior Benji Parkes continued with his struggles this season, but the bullpen came in strong in relief, led by senior Jimmy Wagner, who gave up two earned runs and three strikeouts. The Bombers struggled on offense as only four players recorded hits.

The game against SUNY Cortland was postponed March 24 due to weather conditions.

The Bombers, back in action March 25 and 26, have three home games all against the Elmira College Soaring Eagles.

The men’s lacrosse team continued its dominance over Elmira College in an Empire 8 matchup March 21. The Bombers, who defeated the Soaring Eagles 19–1, are now 2–0 in the conference and own a 6–2 record overall.

In a game where 12 of the players recorded goals and nine recorded assists, the South Hill squad outshot the Soaring Eagles 59–9 and won 19 of its 24 faceoff attempts.

Sophomore attacker Jack Shumway led the way for the Blue and Gold with three goals, while junior goalkeeper Scott Sidnam had two saves for the team. Sophomore goalkeepers Justin Isaacs and Jack Deragon also saw some playing time in the game.

The Bombers then hosted Empire 8 rival St. John Fisher College on March 25. The score was not available at time of print.

Next up on the squad’s schedule is a match against Cabrini College at noon March 28 at Higgins Stadium.

The women’s lacrosse team sat at a 1–3 record on the season following its spring break trip to Florida. The Bombers took on stiff competition that yielded three losses, and they looked to get back on track when they hosted SUNY Oneonta in the first game back on the South Hill.

Nine players scored for the Bombers en route to a 19–8 win over the Red Dragons on March 18 at Higgins Stadium. The offensive attack was led by juniors Riley Marion and Ally Runyon, who each netted four goals.

However, on March 21, a matchup with St. John Fisher College saw the Bombers struggle offensively in their first Empire 8 action of the year, going on to drop the contest by a final score of 13–6. Runyon and senior Molly Fischer each scored two goals.

The South Hill squad looked to bounce back with a game against Elmira College on March 24, which they won by a final score of 19–4 over the Soaring Eagles at Corning Community College.

The Blue and Gold get back into action on March 26 when SUNY Cortland visits Higgins Stadium in a highly anticipated matchup.

Both the men’s and women’s swimming and diving teams sent two representatives to participate in the NCAA Division III Swimming & Diving Championships from March 18–21 at the Conroe Independent School District Natatorium in Shenandoah, Texas.

Seniors Matt Morrison and Lucas Zelehowsky competed for the men’s team as they combined to accumulate 33 team points, placing the Bombers 26th out of 42 programs.

Morrison tallied a score of 481.15 in the 1-meter dive preliminaries as the South Hill squad’s lone male diver. He then recorded a score of 517.75 to earn him fourth place overall and his first All-American honor of the meet.

The decorated senior diver now has a First-Team All-American total of six honors, which is the sixth-highest total in the program’s history since its beginnings.

Sophomore Nickie Griesemer and freshman Anna Belson competed for the women’s squad as they combined for 18 team points to place the college 30th out of 45 schools.

Both Griesemer and Belson earned First-Team All-America honors in the 3-meter dive during the 4-day meet. This marked the first honor of Belson’s career and the third of Griesemer’s career.

Both the men’s and women’s teams concluded their 2014–15 seasons with records of 15–0 and 16–1, respectively. For the men’s, it was the first time the team went undefeated.

Over the weekend, the men’s tennis team won both of its matches to improve its record to over .500 for the first time this season.

On March 21, the team won an 8–1 match against Houghton College at the Reis Tennis Center at Cornell University. The Blue and Gold won all three double matches and won five out of the six single matches.

In a shutout against Alfred University on March 22, the Bombers won 9–0 their home match in the Glazer Arena to improve to 2–0 in the Empire 8 conference.

The team also played a match March 24 against Hobart College in the Glazer Arena. The Bombers lost to the Statesman, however, in a tight battle by a score of 5–4. After doubles play, Hobart was up 2–1. However, loses by three Bombers’ in singles play snapped the Bombers’ two-game win streak.

Junior Chris Hayes said the team prepares for each match by confiding in one another before heading into each match.

“We had a lot of energy [March 22],” Hayes said. “The key to our success is all the energy we bring to each match. Building off each other and cheering teammates on. We have a huge match against Hobart on Tuesday, and we are definitely looking to keep our energy up against them.”

The Bombers now stand at 4–4–1 on the regular season heading into conference play next week.

Up next for the South Hill squad is a match against Connecticut College at 10 a.m. March 29 in New London, Connecticut, before travelling to Utica, New York, to take on the Pioneers on March 31.