Row For It: Co-captain transitions from coxswain to rower 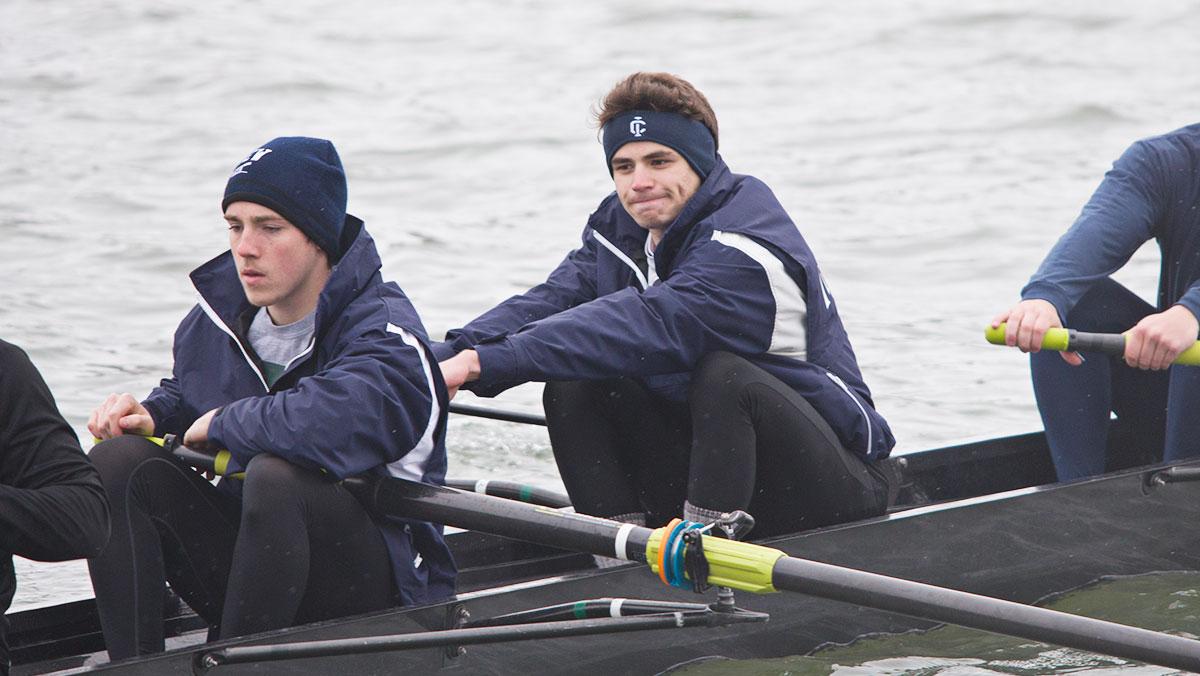 SAM FULLER/THE ITHACAN
Junior Robert "Johnston" Tucker rows during the team's practice April 4 on the Cayuga Inlet. He spent the past two season as a coxswain for the Bombers.
By Sarah Resman — Staff Writer
Published: April 6, 2016

On a sunny fall afternoon, junior co-captain Robert “Johnston” Tucker can be found out on the water, with an oar in hand, following instructions from the coxswain of his boat. He recalls giving out those instructions himself and instantly remembers where he came from and how it feels to be where he is now.

Tucker said he began rowing his freshman year of high school and continued through his senior year, when he was recruited to row for Ithaca College. Almost immediately upon his arrival at the college, he was plagued with mononucleosis, which did not allow him to compete to his desired potential.

People with mononucleosis will often contract a high fever and muscle fatigue for an extended period.

Tucker said giving up on the sport he loves was not an option, and he was able to find a way around the obstacle that stood in his path. He was not medically cleared to exercise during Fall 2013 as long as he had mono, but he wanted to stick with crew.

“Instead of dropping the sport, I started coxing and ended up being pretty good at it,” Tucker said.

Tucker said he decided to become a coxswain because rowing requires a great deal of physical exertion, while being a coxswain does not. 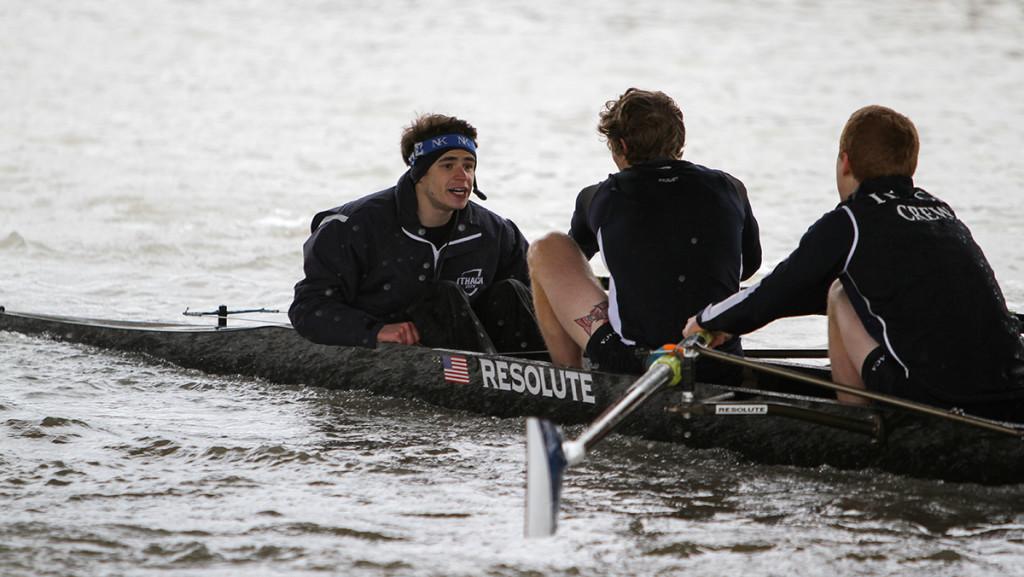 Tucker was cleared to exercise a few months into the Fall 2013 season once he got over the illness in October. However, he was already pretty far into the season as a coxswain. Tucker said he had never imagined becoming a coxswain before but landed the position for the Bombers’ first varsity boat last year. He led the boat at the New York State Collegiate Championships on May 2, 2015, to earn a spot in the varsity eight grand final with a first-place finish in its heat with a time of 6:23.700. The boat placed third out of six entries in the grand final with a time of 6:22.401.

Head coach Dan Robinson said Tucker came to the college knowing the sport pretty well and that that helped with the transition.

“He was a great coxswain because he has a great leadership personality,” Robinson said. “He had a lot of confidence, and he knew the sport.”

Coxing and rowing are completely different roles and require different preparation. Rowers will practice hard at the beginning of the week and taper off as they approach a regatta, whereas the coxswains will often work to memorize their racing plan closer to the regatta.

“As a coxswain, the whole game is mental, so you have to come up with a race plan the night before and memorize that. And you have to try to figure out ways to motivate all of the guys in your boat,” Tucker said. “As a rower, there is a mental aspect to it, but you’re also focusing your workouts on your upcoming race.”

Robinson said there are many differences between being a coxswain and a rower.

“There is a lot more mental, logistical planning for a coxswain, and the rowers do the hard physical work,” Robinson said.

Tucker went back to rowing this year after two years of coxing because there are currently too many coxswains and not enough rowers.

“We had a pretty big senior class last year, so when they graduated, that was like half of the team was gone,” Tucker said. “So because we had a surplus number of coxswains and less rowers, it made sense that I start rowing again instead of coxing.”

This past fall, Tucker spent about half his time rowing and half his time coxing, depending on where he was needed. Now, he rows exclusively in the Bombers’ second varsity boat. Tucker has made waves so far as a rower of his current boat, as he helped the boat place first on April 2 at the team’s regatta against Rochester Institute of Technology and the University of Rochester on the Cayuga Inlet. The boat finished with at time of 7:52.13.

Robinson said he admires Tucker’s ability to sacrifice his seat in the first varsity boat to benefit the team.

“I told him, ‘If you go to rowing, you’re giving up your spot in the first varsity boat,’” Robinson said. “He was all game and was willing to do whatever is best for the team. Not a lot of guys will sacrifice one seat for one position.”

As a teammate and co-captain, graduate student Branden George said he admires Tucker’s ability to step up and row for the second boat, even though it would be difficult to get used to rowing again.

“Johnston has taken it upon himself to make the biggest sacrifice for his team,” George said. “It’s not only mentally taxing, but retraining takes its physical toll on your entire day and week. I think it’s admirable that he stepped up to the plate, knowing how hard it would be, and did it anyway.”

Now that he has had experience with both coxing and rowing, Tucker said he just really enjoys the sport.

“Now that I’ve been back rowing, I probably like rowing more although I just like being a part of the sport in general,” Tucker said.

Robinson said Tucker has been able to adjust to both positions successfully but will most likely remain a rower.

“He’ll probably row until he graduates,” Robinson said. “I think the transition is full time.”

George said he admires Tucker’s ability to maneuver himself to remain part of the team and his passion for crew through it all.