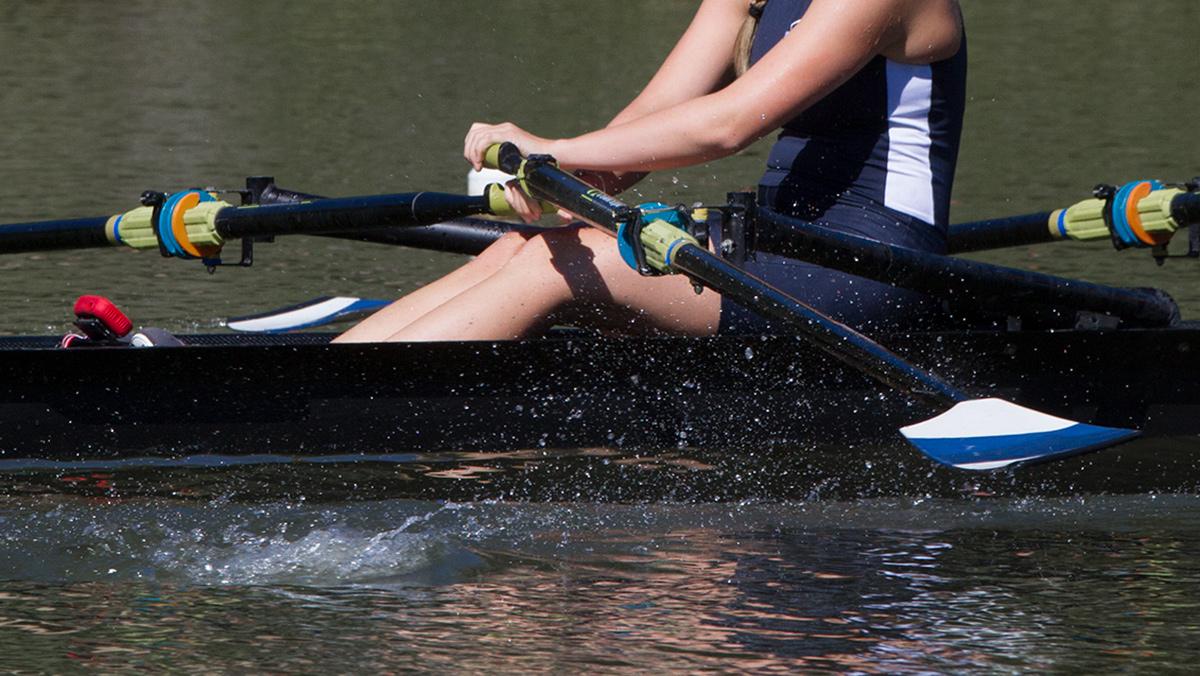 The Ithaca College women’s sculling team competed Sept. 30 at Green Mountain Head on the Connecticut River in Putney, Vermont. This was the team’s second weekend competition of the season.

Included in the three mile long course was a 1.5 mile upstream row and then a 1.5 mile return after circling around a buoy. A mix of school-affiliated rowers, rowing clubs and independent athletes made up the Bombers’ competition.

Senior Sierra Keat and junior Liza Caldicott were the top finishers for the Blue and Gold in the 2x open. They came in fourth place with a time of 21:33.8.

Following close behind Keat and Caldicott were seniors Savannah Brija and Greta O’Hara. The pair finished in fifth place with a time of 22:06.4.

Junior Jennie Brian and sophomore June Fortner finished the 2x in 10th place with a time of 22:31.0.

Freshman Dania Bogdanovic was the Bombers’ top finisher in the women’s 1x. She placed 13th overall after finishing with a time of 23:52.7.

Sophomore Lauren O’Dell came close behind Bogdanovic with a 15th place finish at 24:22.7.

The South Hill squad will compete in a two-day event starting at 1 p.m. Oct. 6 at the Small Boat Challenge at Mercer County Park in West Windsor, New Jersey.