Sculling competes in first regatta of the 2015 season 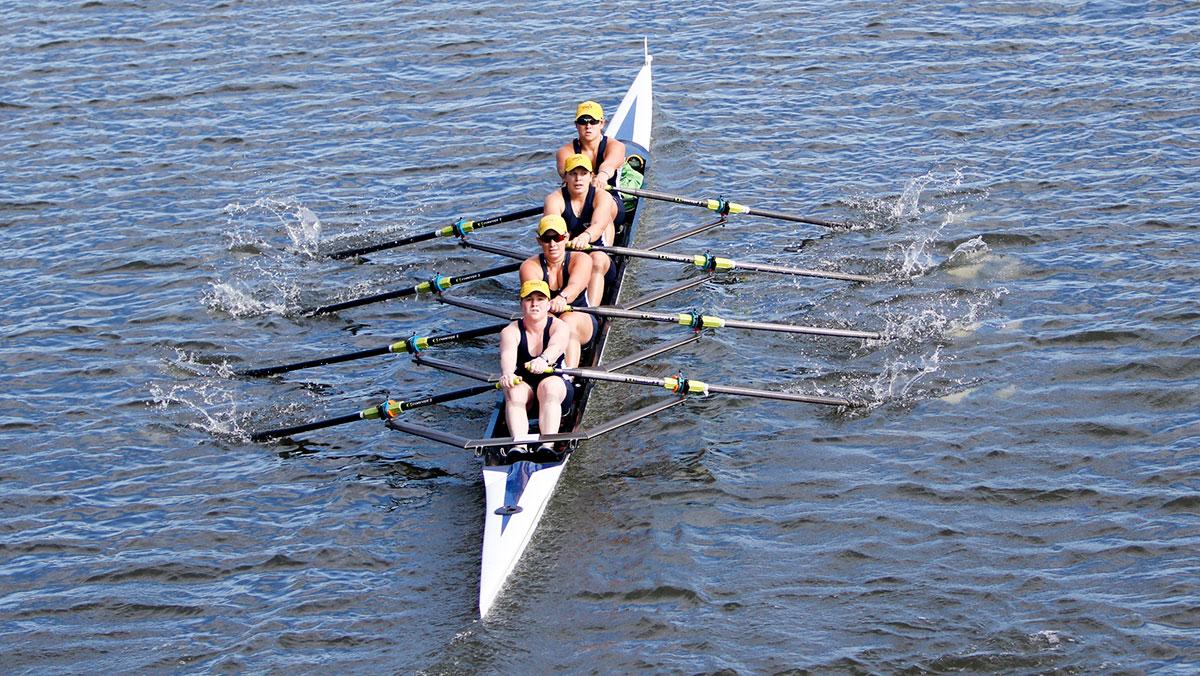 Alexis Liberatore/The Ithacan
Members of the sculling team row during its first regatta of the season Sept. 26 at Cayuga Inlet. The Bombers won two out of the three events.
By Keon Broadnax — Staff Writer
Published: September 28, 2015

The sculling team started off its season on the right note, winning two out of the three events in its first regatta of the season at Cayuga Inlet.

The Bombers placed first out of four teams that competed in the season opener.

The day began with time trials for each boat and then led into head-to-head competitions based on the speed of the boat.

Assistant coach Beth Greene said the head-to-head was formatted based off of the time trials earlier in the day.

“The way we set it up is we wanted to match people up with others who would push each other,” Greene said.

After the time trials, Greene said she was pleased with the times posted by the Bombers’ boats.

In order to determine the winner of the event, the time in head-to-head competition is recorded and compared the other boats that are in the same category.

Out of the 16 boats that competed, the Blue and Gold’s quad proved to be the fastest on the water. The second fastest boat was the double, won by graduate student Jennie Peterson and sophomore Karina Feitner.

Peterson said the conditions of the regatta were perfect for the rowers, while Ely said she felt it was a strong row day for her team.

The two scullers went on to talk about the how they feel about the status of the team by saying they feel it is a lot more competitive and focused as compared to last year.

Head coach Becky Robinson said the South Hill squad complemented its synchronization in the water, which proved to be the difference maker for the team.

The Bombers will look to keep the momentum going as they travel Oct. 3 for the Head of The Genesee Regatta in Rochester, New York.