Sculling look to get back to nationals and win gold 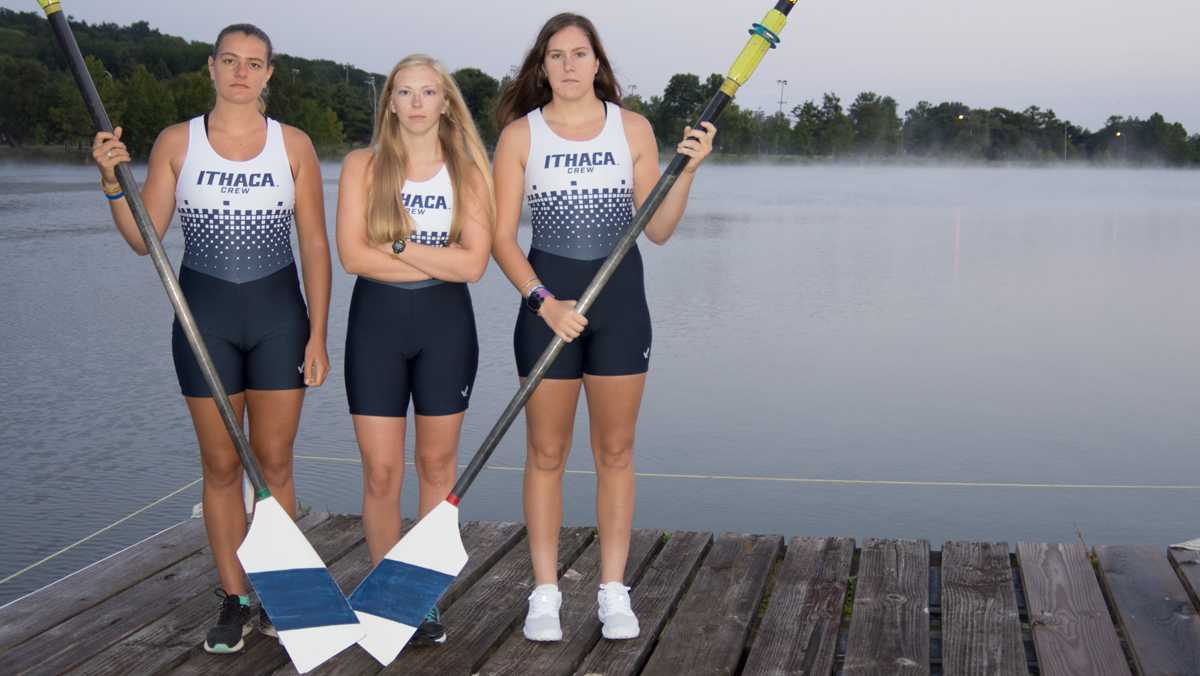 After completing the 2016 campaign with multiple scullers medaling in three of its five regattas, the Ithaca College sculling team will look to make an even bigger splash during this upcoming fall season.

Senior Colby D’Onofrio’s first–place time of 8:14.20 in the A final at the Collegiate Small Boat Championships was the fastest time for any singles event for the Blue and Gold. Emily Vosburg ’17 and senior Karina Feitner recorded the best doubles time of the year of 7:47.72 at the same regatta.

At the Cayuga Sculling Sprints, the A boat, which was composed of D’Onofrio, Vosburg, Maddie Petersen ’17, Jacqueline McDevitt ’17 and Lynn Smith ’17, cataloged the top 4+ time of 15:53.0.

Senior Katie Lawson, the captain of the sculling team for this season, said one major component of the team’s success last fall was increased development and understanding of the sport throughout multiple seasons.

“I was just watching some of these girls go from not knowing how to scull at all to being absolutely incredible and making boats move faster than we’ve ever seen on the Ithaca College women’s sculling team,” she said.

Lawson also said that having the opportunity to row with everyone on the team aided the South Hill squad’s season.

“Pretty much every day or every couple of days, we switched up lineups, so the strongest people on the team got to row with the weakest people on the team, which really brought everyone up,” she said. “We learned everyone’s rowing style, and I think that led to our overall success.”

The Blue and Gold concluded last season with nine medalists at the Collegiate Small Boat Championships. One of those scullers, senior Savannah Brija, who won gold in the B final of the singles grouping, clocked in at 8:35.78.

Brija said the scullers need to keep in the backs of their minds the concept of competition in order to build upon the team’s strong performance in the waters last season.

Constructing and preserving a high degree of confidence is also on the top of the to-do list for the team this season. For instance, the coaching staff emphasized the significance of learning how to carry single sculling boats — the average single measures 27 feet and weighs approximately 30.8 pounds — in order to strengthen self-conviction.

Lawson said even the most rudimentary facets of the sport can add another layer to a sculler’s morale.

“Feeling proud of yourself for carrying that expensive piece of equipment all by yourself after a tough race is just going that extra mile to really be the rower you can be,” she said.

At the moment, the roster for the 2017 season is not finalized, as head coach Becky Robinson has not held tryouts for the team.

The 2016 team, which was composed of 18 scullers, lost eight due to graduation, but Robinson said she is not worried about this year’s squad.