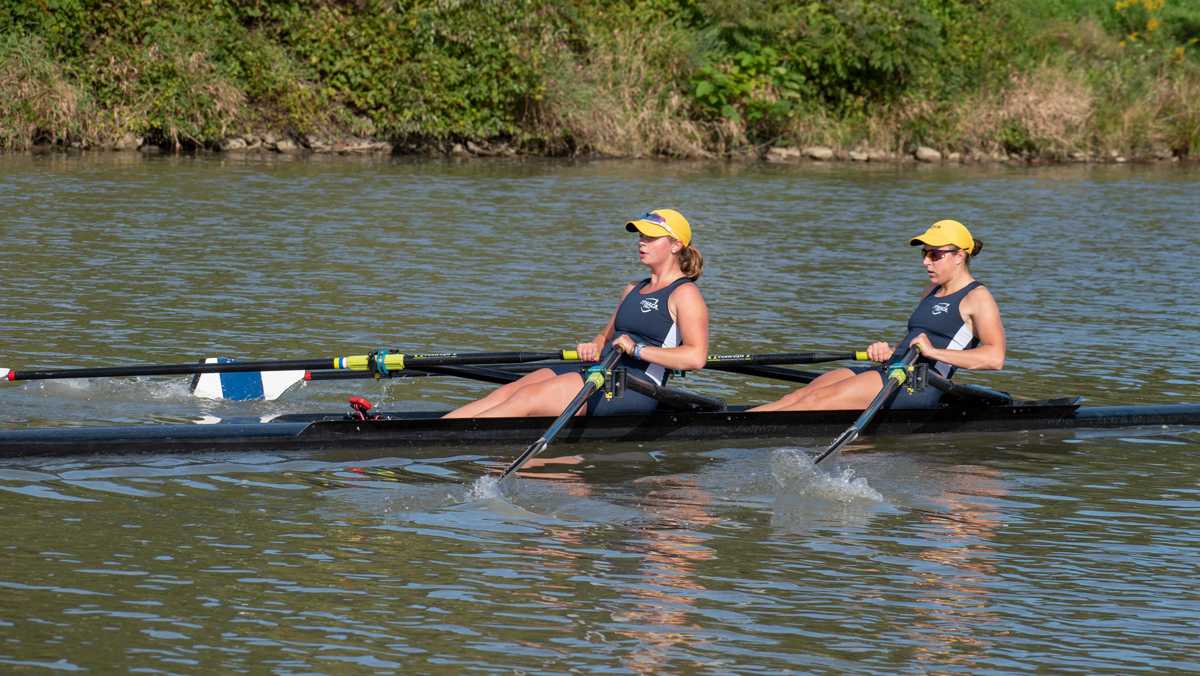 The women’s sculling team kicked off their 2018 season by competing against the Rochester Institute of Technology and the Cascadilla Boat Club at the Cayuga Sculling Sprints.

Senior Savannah Brija and sophomore Lauren O’Dell were one of two boats to exceed seven minutes in the 2k trial with a time of 7:37.4. They followed this by being the only duo to finish the 1k sprint with a time of 3:52.6.

Brija and O’Dell took the lead in the open 2x, finishing in first place overall and setting a new course record with a time of 15:22.

Junior Liza Caldicott started with an 8:42.6 time in the 2k time trial and followed with a time of 4:24.9 in the 1k sprint. She finished first in the lightweight 1x and fourth among all singles races, earning her a medal in the event with a time of 17:32.4.

The Blue and Gold also earned a medal in the lightweight 2x race. Junior Jennie Brian and senior Sophie Westfield ended in third place overall, missing second place by .1 second. In the 2k time trial, they were the second team to finish in under eight minutes, with a time of 7:58.1. They went on to complete the 1k sprint in 4:03.0 for a final time of 16:04.1.

The South Hill squad ended the day by obtaining three of the four medals awarded at the Cayuga Sculling Sprints. Women’s sculling will attend their next event at 9 a.m. Sept. 30 in Putney, VT for the Green Mountain Head.