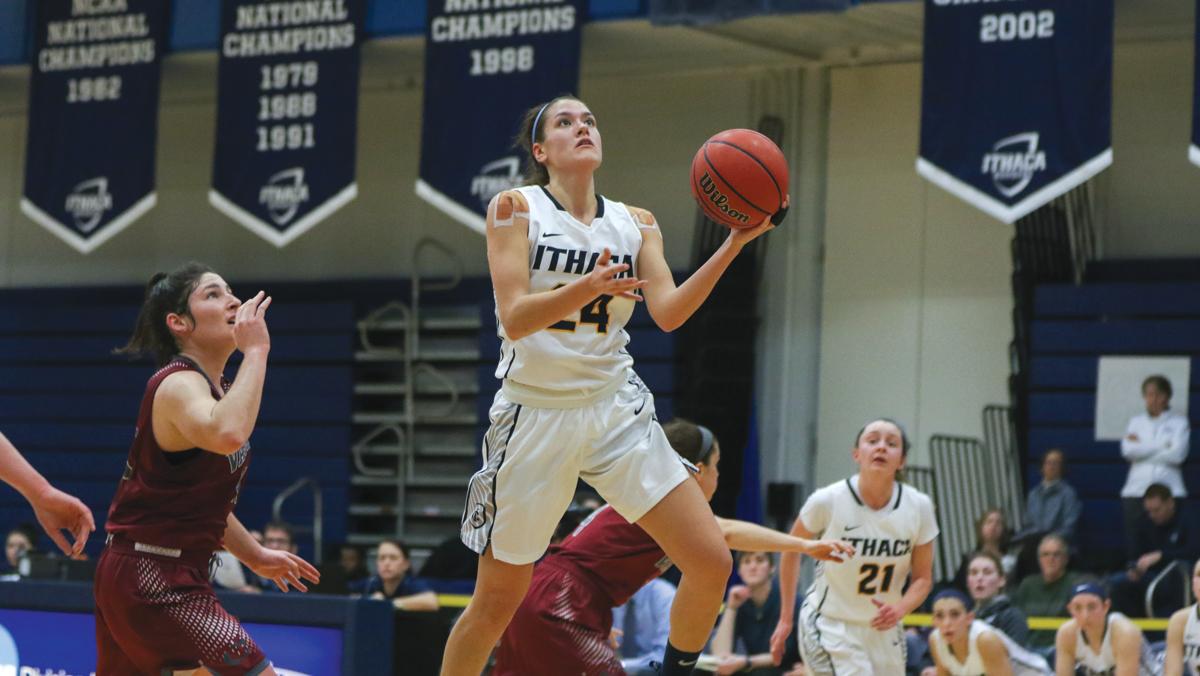 The Ithaca College women’s basketball team has finished its regular season 19–6 and entered the Liberty League Conference playoffs as the third seed. The Bombers are looking to make a bid for the NCAA tournament. Senior guard and forward Julie Yacovoni is making the most out of her last season. She is second on the team in scoring, averaging 10.8 points per game. She is also leading the team in rebounds with an average of 7.7 per game and is second on the team in blocks with 38.

Assistant sports editor Dani Pluchinsky talked with Yacovoni to discuss the team’s playoff chances, her bond with the team and her final thoughts as she closes in on the end of her collegiate career.

Dani Pluchinsky: Going into the playoffs, how is the team feeling?

Julie Yacovoni: We’re pretty excited. We’ve hit a point in our season where we had a dip in energy, but now we are back on the rise. We are back on track, and we’re just excited and we have the mentality that our record is 0–0 and it’s a new season with new opportunities.

DP: What do you think the team has to do this year to have a successful run in the playoffs?

JY: Giving 100 percent every day and being our best every day. That includes practices, so just really working to be better and then coming ready to play for every game, because in this league, as you can see, anyone can beat anyone on any given day.

DP: Looking back on your four years, how do you feel about your time spent with the team?

JY: I wouldn’t trade it for anything, honestly. Right when you come in as a freshman, you feel welcomed and you have a family. Then we’ve played some good games and you’ve been with your team through the good times and the bad times, and you’ve made lifelong friends and you’ve also played some great basketball along the way.

DP: Who has meant the most to you and who has helped you succeed during your time on the basketball team?

JY: I think all of my teammates. You form a special bond with each one of them, so it’s great to go to different people for different things. Also, my family has always been my biggest supporter. I live pretty close — only an hour away — and I think they’ve only missed a few games in my whole entire career, and that’s a great feeling to always look in the bleachers and have your family up there.

DP: What was your proudest moment as a Bomber?

JY: I think last year winning Empire 8, just because freshman year we won the regular season title, but we lost in the tournament and still made it to the NCAAs. Sophomore year we didn’t make it. It was kind of our time to really win it because before then, we had won four in a row and then those two years were kind of a letdown for all of us because we expected to win. I think finally putting it together and following through and winning the championship was a very proud moment.

DP: What will you miss most about being on the team?

JY: Definitely the people you get to play with. All of these girls are amazing, and just being able to come into the gym and compete with people every day. You don’t really get much chance to compete on a daily basis in school, so coming here is a release of energy and you get to forget about everything else for a while and just play the sport you love.

DP: What kind of impact did Coach Raymond have on your four years?

JY: He’s been very supportive since day one. He’s helped me improve as a player and he really cares about his players and he’ll show that. He will help you off the court and in school, whatever you need. He has really made it an enjoyable experience here.

DP: What are your plans for when you graduate?

JY: I am in the OT program here, so I don’t have to think about that too much because I have a fifth year. Right after graduating, I will be starting fieldwork in the summer and then I’ll be back on campus next year to complete my master’s.