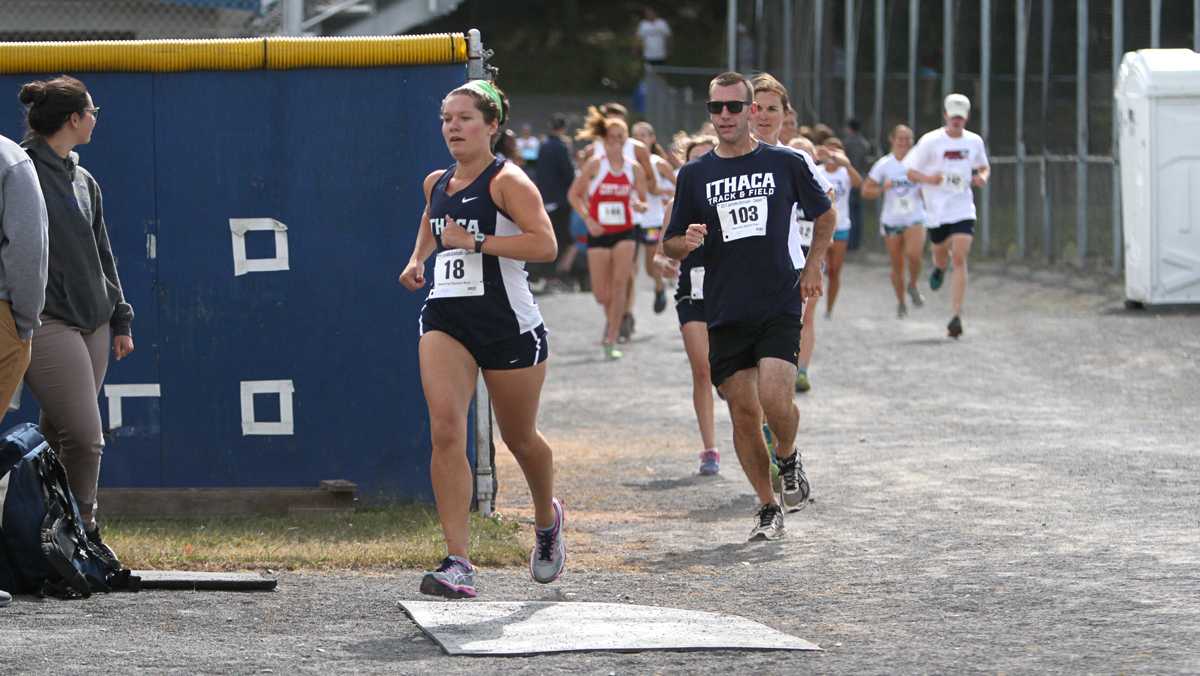 While her teammates were competing for the Ithaca College track and field team last spring, then-junior Hailey Nase was exploring Iceland during her semester abroad.

Nase spent last spring living in Iceland’s only ecovillage, Sólheimer, which is a community for adults with disabilities such as autism or Down syndrome. She said she traveled to Iceland through the Center for Ecological Living and Learning program. While there, she lived with nine other students and a professor, and the program coincided perfectly with her major, which is environmental studies.

She said an immense focus of the program was learning about more sustainable practices and what food is the most sustainable to eat.

“So, I’m a vegetarian, but being in Iceland taught me that it might not be the most sustainable because they’re shipping quinoa across the ocean, whereas you can get the sheep that the farmer down the road raised,” Nase said.

Nase said she chose to go abroad in the spring because even though she missed both the indoor and outdoor track seasons, she did not want to miss her junior year of cross-country in Fall 2017.

While in Iceland, Nase was healing from plantar fasciitis, an overuse injury in the foot that causes inflammation in the tissue that connects the heel to the toes. She said she trained in Iceland by biking and going hiking, but she was not able to start fully running until the summer because of her injury and the extreme cold.

Nase started running when she was in the fifth grade but began playing lacrosse in high school instead of running track. When she was in high school, she was recruited by Nazareth College to run cross-country and play lacrosse, but it did not have environmental studies as a major, a situation that caused Nase to come to Ithaca College instead.

During her freshman, sophomore and junior seasons, the women’s cross-country team won its conference championship. In her final year, Nase finished 72nd at the Liberty League Conference Championship on Oct. 27 with a time of 24:33.3, her best time of the season.

“Cross-country is my sport — that’s my team,” Nase said. “There’s something about being able to run through the woods and the distance. It takes a certain type of person to want to put your body through pain on a daily basis. Our team is super close and really dedicated, and I couldn’t imagine missing that.”

Nase said that overcoming her injury took all summer and that her foot was not completely healed until halfway through this year’s cross-country season. She said that in the summer, she would start running only five minutes at a time and eventually worked her endurance back up to being able to run 45 minutes at a time.

“She’s very stable and very encouraging,” Dinan said. “She’s very consistent and someone the team can rely on. She’s very mentally tough, which is a huge asset for her.”

“I think being a captain pushed me to get out of my comfort zone,” Nase said. “It’s been nice for track to be able to step back and not have to lead in every aspect, but I’m still going to lead for the distance crew through our workouts.”

Junior teammate Annie Morrison said Nase’s ability to overcome the injury and have a successful senior season in both sports is incredible.

“I think that it says a lot about her dedication to our sport and her commitment towards self-improvement,” Morrison said. “It’s really easy to face continuous setbacks in distance running and start to question whether you should persist or whether it’s worth it anymore, but Hailey always has made it through any setback she’s faced.”

Nase said she is excited for her final season in both indoor and outdoor track and field and is hoping to finish her athletic career strong.

“I really want to do well because I didn’t get to do it last year, so I want to go out with a bang for my senior year,” Nase said. “I think it’s going to be good.”