Senior sprinter announces decision to transfer to Division I 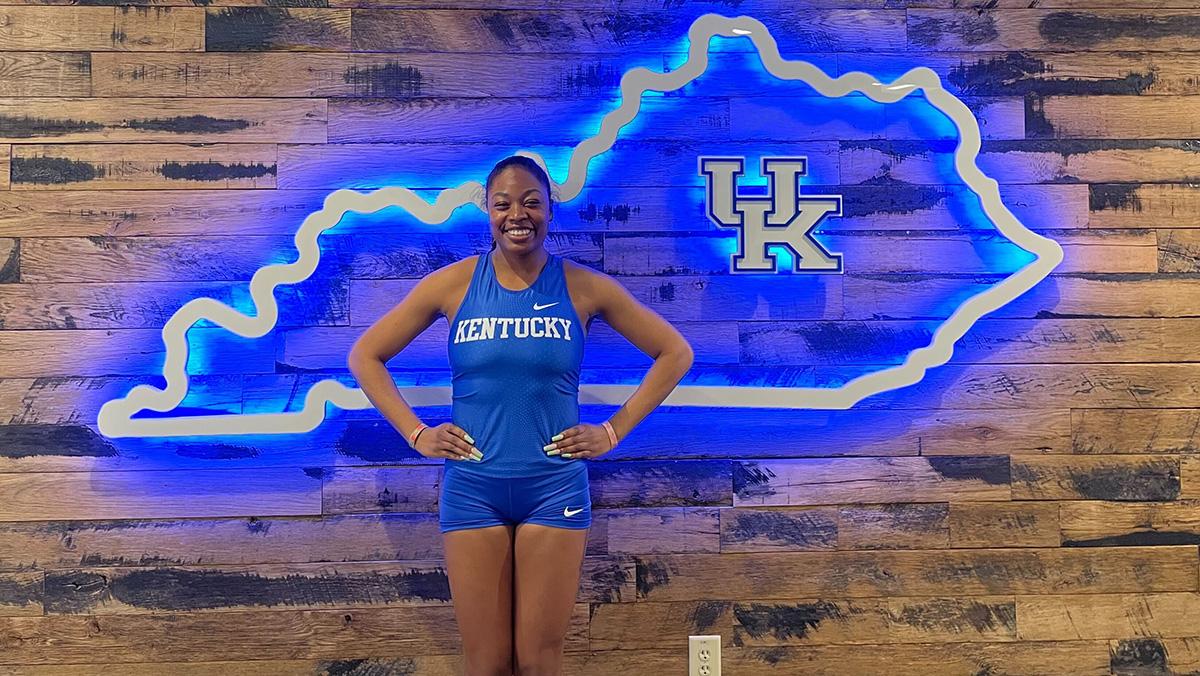 Courtesy of Katelyn Hutchison
Senior Katelyn Hutchison, sprinter for the Ithaca College women's track and field team, announced she is transferring to the University of Kentucky next season.
By Connor Glunt — Senior Writer
Published: April 13, 2022

As she heads into her final season for the Ithaca College women’s track and field team, senior Katelyn Hutchison will don the Bombers’ blue and white one last time before transferring to the Division I level with the University of Kentucky.

Hutchison announced April 3 via Twitter that she intends to use her last years of athletic eligibility at the University of Kentucky. Hutchison, a runner on the team, recently finished fourth in the 200-meter dash at the Lehigh Invitational, helped the Bombers place first in the 4×100-meter relay at the Jim Taylor Outdoor Invitational and was the runner-up in the Liberty League 60-meter dash.

Once she wrapped up her junior season after helping the Bombers place fourth at the NCAA Outdoor Track and Field Championships in May 2021, Hutchison began the process of looking into graduate programs. What started as a broad list made during the Fall 2021 semester of Division I programs was whittled down to just two in March 2022. During her spring break, Hutchison took flights to visit the Wildcats’ campus and also toured the University of Nebraska. Following her visits, she said there was no doubt in her mind where she wanted to transfer to.

“I knew once I finished my visit [at Kentucky], like as soon as I got on the plane back to [Ithaca], that this was the school,” Hutchison said.

Hutchison said the Southeastern Conference program was a better fit academically for her, which was ultimately the deciding factor. The senior is set to graduate from Ithaca College with a double-major in business administration and sports media and will pursue a master’s in sport leadership following this semester. Hutchison said she is passionate about wanting to grow the popularity of track and field and will seek a career to do that.

“I don’t know what I specifically see myself doing, I wish I did, I just know the goals that I have,” Hutchison said. “I definitely want to be in an environment where I can help athletes. … I know some people have suggested player development on the collegiate level, especially where you’d be some kind of liaison between the coaches and the athletes.”

Happy that she could finally announce her decision, Hutchison said that at first, she was nervous to tell some of her coaches and teammates that she was looking into transfer options because of the bond she has developed with them over the years. She said conversations with assistant coach Erin Dinan helped clear her mind.

“I talked to her a lot because I was a little scared to tell [head] coach [Jennifer Potter],” Hutchison said. “Initially, I was like, ‘I don’t want to leave her, I don’t want to leave the team, but also I kind of feel like this is where my path is taking me.’ And then [Potter] was just so open and loving about it because she wants the best for me.”

After having a conversation with Hutchison in the fall, Potter began to help her runner find the best landing spot for her.

“I think the priority was finding master’s programs that fit her needs with where she wants to go, with what she wants to do,” Potter said. “So it was more of, she went and found the graduate programs that she was attracted to. We talked a little bit about the track programs attached to those schools, but a lot of it was kind of like going through the recruiting process again. Asking questions, finding out ‘does the academic, athletic and social setting meet your needs?’”

The senior’s decision to look for transfer programs did not come as a surprise to some of her teammates and close friends. Junior Moriah Byrd, a member of the college’s women’s track and field team, said she met Hutchison during her freshman year and knew Hutchison was poised for big things.

“She has had these dreams of going [to a Division I program] and she was like, ‘I’m going to be a [Division III] athlete that ends up going [Division I] and I’m going to make it,” Byrd said. “Any idea seems crazy until it becomes the reality.”

Hutchison informed her current head coach of her decision a couple days after she got back to South Hill from the visit and also told her teammates and friends. Hutchison said the university checked all the boxes she and Potter used to find the perfect fit.

“That was the feeling that I got, like, the entire two days that I was out there in Kentucky,” Hutchison said. “The teammates were very welcoming, the coaches were welcoming. Just the campus, the overall atmosphere, the town itself, I just felt like it was perfect for me for what I will be doing and the next stage of my life.”

With just two months left before she graduates and her season wraps up, Hutchison wants to end her career on South Hill on top of Division III. While it has been a busy year for her, she has been making sure to appreciate the time she has left in Ithaca.

“I mainly focus on enjoying the time that I have left with my team,” Hutchison said. “Just overall, having fun, like, this is the last few weeks that I’m going to be competing with Ithaca College. And I’ve loved the experience that I’ve had athletically here over the past four years, and I just want to continue to cherish that and continue to let my teammates know that I love them. It doesn’t matter where I’m at, like, I’m always going to be a supporter, because once a Bomber, always a Bomber.”