The week leading up to the Super Bowl between the New York Giants and the New England Patriots dominated sporting headlines across the nation last week. But a much more notable story than the championship game for American football took precedence worldwide. 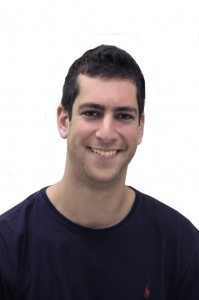 On the 1-year anniversary of the Tahrir Square takeover in Cairo, 74 Egyptian soccer fans were brutally murdered and hundreds more were injured when rival support groups turned on each other in the city of Port Said last Wednesday.

What many American newspapers and websites labeled as another tragedy of fan hooliganism in soccer is a grave misunderstanding and an unfortunate rush to judgment. This was not a case of rival fans getting out of hand — the attack was planned and carried out by one side against another.

Fans of the Egyptian soccer club Al-Masry carried out the massacre against fans of rival Al-Ahly following an Al-Masry victory in an act of violence rooted in the political turmoil that has enveloped Egypt for more than a year. I am no political expert, but having just visited Israel in January, I could feel the tension among the natives, who fear brutal uprisings because of political instability in neighboring countries like Egypt.

Many media outlets are reporting that Egyptian politicians were using the game to create a mass gathering of political foes to give them an excuse to install a military dictatorship. Videos from stadium security cameras showed the few uniformed police officers that were present avoided the oncoming rioters. Some reports are even suggesting that police allowed the fans of the two teams, many wielding metal pipes as weapons, to get access to each other by opening a gate separating the two sides.

Deaths have been a common occurrence when the two teams have met in the past, but the question I keep asking myself is not how this happened, but rather why international sports have become so politically charged.

Sporting events on an international stage have become more revealing of a nation’s feelings towards its own people and the rest of the world.

Why is it that when the Indian and Pakistani national cricket teams play each other, a look a player gives to an opponent could result in mass political, social and economic casualties for both sides? The answer to this question is well beyond my grasp. I do know, however, that we like to think sports represent something larger than a game — which may just be the problem.