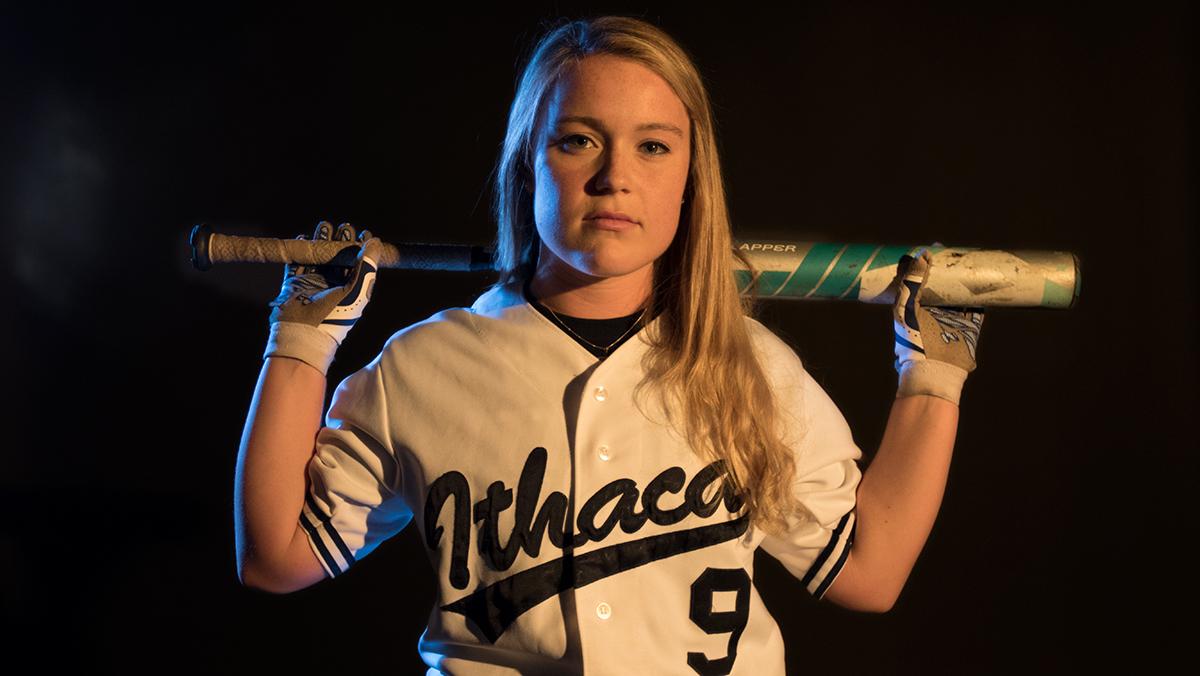 When the Ithaca College softball team takes the field this spring, fans will notice several roster changes. After losing five key seniors last season, the Bombers will look to a core of freshmen and sophomores to lead the team into the new season.

Under head coach Deb Pallozzi, the team has enjoyed 27 straight winning seasons, highlighted by a national championship in 2002. Last year, the team went 35–10 and took home the Empire 8 Championship and an NCAA Division III Regional Championship. After all their accomplishments last season, the Bombers have high hopes for the upcoming season.

The Blue and Gold will open their season on March 12 in Whittier, California, against Whittier College, marking the beginning of a series of games on the West Coast.

Even though underclassmen take up 15 of the team’s 21 roster spots, Pallozzi said she is confident the young roster has the talent and drive necessary to compete.

“We’re a very skilled team this year,” Pallozzi said. “Even our first-years that have come in have already helped us a lot, and they’ve come in very skilled, and they’re hard workers.”

Infielder Haley Gaffney and catcher Frankie-Ann McCauley are just some of the freshmen who are slated to contribute to this year’s squad. Both athletes were captains of their respective high school teams and enter the collegiate level with several accolades.

Pallozzi said that this season, the team will display a young but promising infield, which is expected to include sophomores Vanessa Brown, Hannah Anderson and Nicole Skuraton, along with freshmen Haley Gaffney and Lindsey Keller.

“Right now, it’s about building confidence within the team,” she said. “Because we lost five seniors, our entire infield is freshmen or sophomores. They have to get the job done and take on that responsibility, but right now, they’re looking pretty good.”

The Bombers need to replace the production of last year’s senior infielder Casey Gavin and catcher Kelly Robichaud. Last season, Gavin hit .400 with three home runs and 26 RBI’s, all the while playing first base to a near–flawless .995 fielding percentage. Robichaud hit .390, cracked 12 home runs and tallied 32 RBI’s as the team’s starting catcher.

This season, fans should keep an eye on Brown, who is predicted to bat in the heart of the order while anchoring the Bombers’ infield. Last season, Brown hit .352 with two home runs and 25 RBI’s, appearing in all 45 games.

Brown said she is looking to take on an expanded leadership role within the team, especially when it comes to the infield chemistry.

“Now that we’re sophomores, we have more experience and can be leaders to the other underclassmen,” Brown said. “I’m excited to have a whole new infield this year. We’re going to be really close and build a tight bond. Our team dynamic as a whole is going to make us really strong this year.”

On the mound, the Bombers will sport five pitchers highlighted by returning sophomore Haley Congdon, who went 6–1 with a 2.86 ERA in 15 appearances last season.

“On the mound, we have Haley, who is a returning sophomore; returning junior Payton Cutting; and three freshmen, who should all bring something different to the table,” Pallozzi said.

The squad members will look to each other for extra motivation throughout the season. As the freshmen seek guidance through their first steps of collegiate softball, Congdon and Cutting will be there to assist.

The Ithaca College softball team lost two games to Rowan University in the NCAA Championship Super Regionals on May 20–21, ending the Bombers season.

The Ithaca College softball team defeated Moravian College 3–2 in extra innings May 15 to advance to the NCAA Championship Super Regionals.

The softball team defeated Moravian College 8–0 in five innings May 14.