Softball hopes to have balanced success throughout season 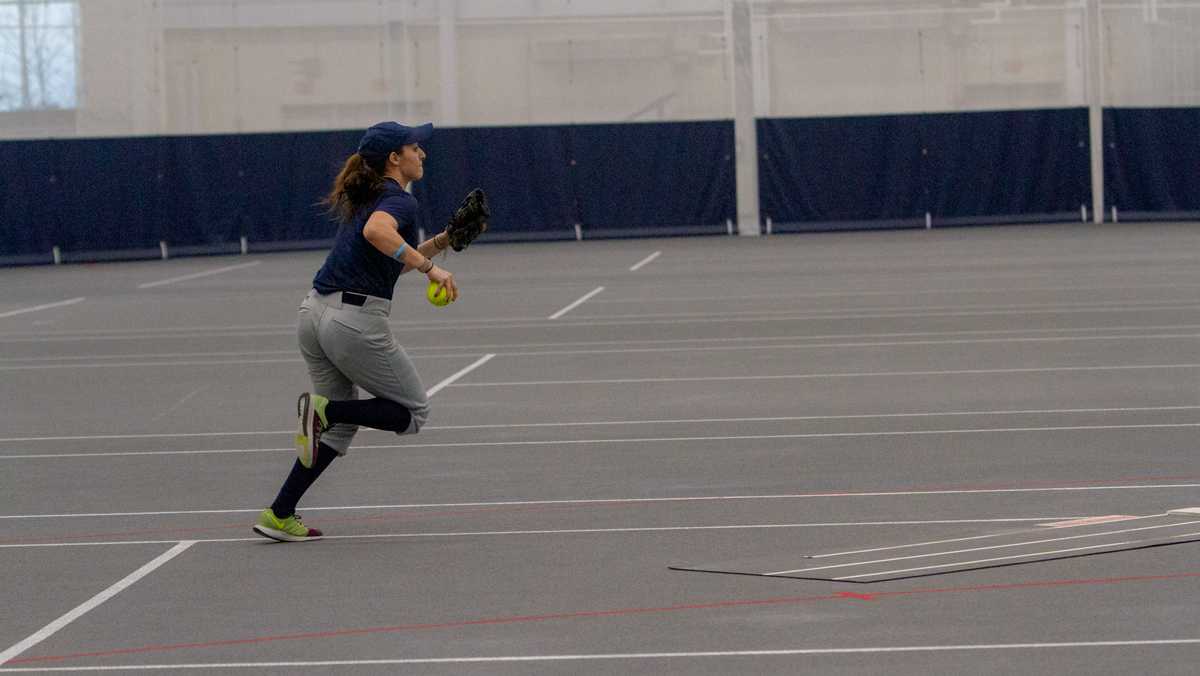 After a first–place finish in the Liberty League last year to the tune of a 35–13 record, the Ithaca College softball team will attempt to improve on a successful 2018 campaign.

The Bombers finished tied for third in the country last year after being eliminated in the semifinal round of the NCAA tournament. Their season came to an end at the hands of Virginia Wesleyan University, which ended up winning the national title in the next round.

The team is coming into the season being ranked No. 3 in the country from a Division III softball coaches poll. The rankings are determined by the coaches from all eight regions who vote on the best team in the country. From there, rankings are based on the team’s record from the previous year, as well as where they finished in the NCAA tournament. This is a big improvement from this time last year when the Bombers were ranked No. 20 in the polls. Head coach Deb Pallozzi said she is not concerned with the ranking and is looking to get the season started off on the right foot.

“Our season wasn’t easy,” Pallozzi said. “I’d like it to be a little more consistent this year. Everything was full flow at the end, but we had all of our struggles. I’d like to start off strong and maintain that consistency and learn from everything.”

Despite the Blue and Gold having a great season last year, Pallozzi said they did have their struggles early on in the season. They were not consistent at the beginning of the year, including a four–game losing streak that took place at the end of March and carried into early April. Pallozzi said that the team will try to avoid those types of streaks and that it all starts with team leadership.

Pallozzi has said the team’s leadership starts with the seniors because experience matters when leading a team. The Bombers lost four seniors to graduation last year but have eight players in the senior class for the 2019 season.

Sophomore outfielder Gabby Laccona, who was named to the All-Liberty League first team to go along with her Liberty League rookie of the year title in 2018, said the team’s leadership comes from every player on the team and that is what sets their team apart.

“I’d like to say that everyone on the team acts as leaders for everyone,” Laccona said. “Personally, I look at everyone as a leader because we are all so good at picking each other up and motivating each other. We rely on each other, which is why this team is so unique and different.”

The Bombers will attempt to use their leadership qualities to try to have a more balanced season than last year. In order to do this, senior infielder Vanessa Brown said it comes down to the seniors leaving a mark on the program and helping to motivate the rest of the players on the team.

“Some team goals I have is to leave everything on the field,” Brown said. “Especially for seniors going into our senior season, we want to give it all we have and strive for the best. The big picture is to make it back to the world series, but we have to focus on small victories to get us there.”

Pallozzi, and the softball program as a whole, have a reputation of success, as she has led the Bombers to 29 straight winning seasons. However, they have not been able to finish the deal and win a national championship since 2002. Although this team would love to cap off this season with a national tournament win, Laccona said they cannot think about that right now.

“This team needs to forget about last season and just do it all over again,” Laccona said. “We can’t just expect to end up back where we were last year because then it will get to our heads, and that is never a good thing. We need to give our 100 percent effort and focus in every game and practice one day at a time and just live in the moment.”

With eight seniors on the team this year, along with six juniors and six sophomores, the Bombers are loaded with experience. Pallozzi thinks that knowing what it is like to compete for a national title will only benefit this team for another championship run this year.

“We seem a little more focused this year,” Pallozzi said. “I think going there and competing and finishing around three or four was an eye–opening experience for the team because I always tell them you can beat anyone on our schedule, you just have to show up and play the game at our level.”