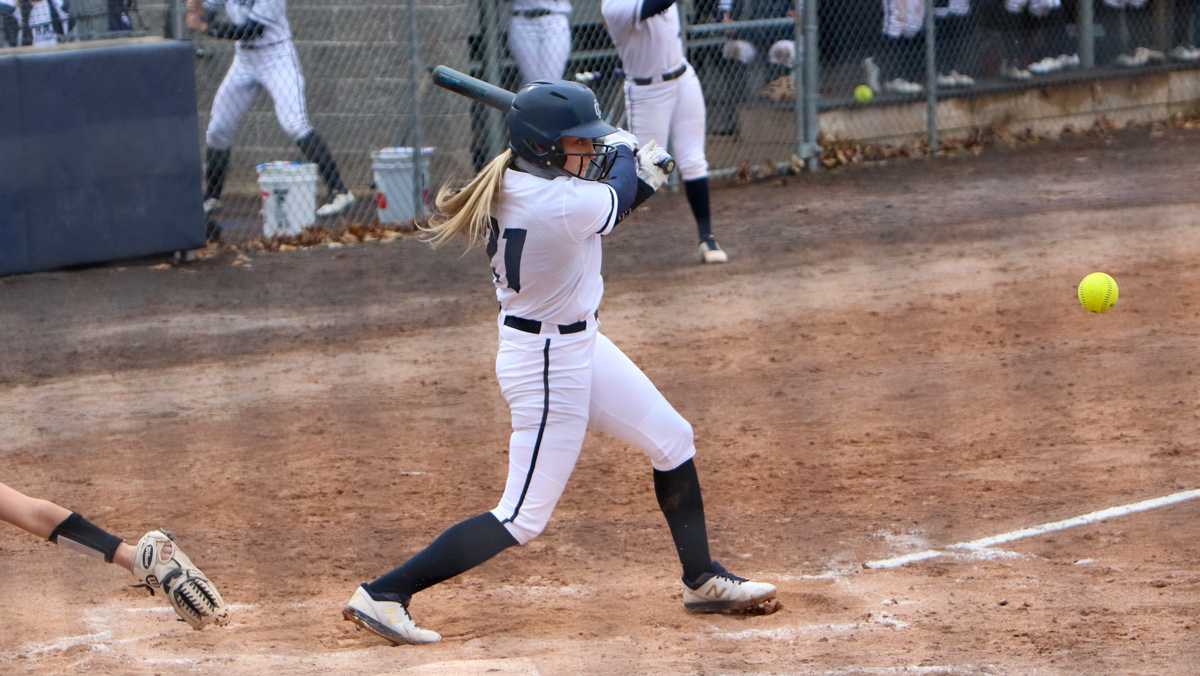 When head coach Hannah Quintana of the Ithaca Bombers softball team was a player on the South Hill in 2006 and 2007, the softball program adopted a tradition that was unlike any other. Every freshman class the program receives is given their jersey numbers based on personality of the player, and what they bring to the team. The tradition has stood in the program since head coach Quintana played in 2006 and 2007.

As the freshmen settle into their roles on the team and get familiar with their teammates and coaches, both the upperclassmen and the coaches evaluate which jersey is best for each player and meet to discuss to decide which freshman receives which jersey. Quintana said that being a part of the program previously and knowing more stories makes the process even more special for her.

“Being a graduate of 2007, I have a connection with some of the older alumni and know more stories about the team from the 80s, 90s, and 2000s,” Quintana said. “I get to add some great history when we are trying to pick out numbers.”

Along with the jersey they receive, the players receive a packet of letters from past recipients of the jersey telling them about the Bomber way.

“One of the most meaningful points in the tradition is the packet of letters that have been written by past number recipients,” Quintana said. “Being able to give out those letters to our first-year players keeps the Bomber connection alive.”

Incoming freshman, Hudson Hassler received the number nine jersey to wear for the next four years of her time as a Bomber.

“When I was given my number I looked at all the previous nines statistics, and was amazed at how talented they all were,” Hassler said. “One in specific had the number a few years ago, and in the letters, everyone talked so highly of her and her hardworking attitude. I hope to carry on that tradition of working as hard as I can and giving as much as I can to the program.”

Quintana said the number nine for Hassler was such a clear and obvious fit for her due to her work ethic and talent. The decision was easy for her and the other players to make.

“Looking back at some of the nines I had the pleasure to play with, Sarah Coddington comes to mind,” Quintana said. “She had a motor that wouldn’t quit and played with laser focus. Hudson embodies those two things and she is just having a blast with everything we are doing and as hard as she is working.”

Hassler said she felt a personal connection with the previous number nines in the program after reading the letters given to her.

“You could tell just how much the number meant to them and it was much more than just a number, it was their personality,” Hassler said. “It was funny reading the letters and seeing the personality traits that the former players had. It was so much like me and I thought it was really cool how it is more of a personality than a number.”

Fellow freshman, Ainsley Rogers was given number 30. Quintana said that the decision is often also based on the availability of numbers, but Rogers was the only player this season to receive a new number, as this was the first time it has been worn in program history.

“It is a pride factor to be able to wear any number for this program and getting the chance to start a new number, I have the opportunity to set the pride for the players coming after me,” Rogers said. “My experience is going to end up shaping that number, so just keeping that in the back of my mind will keep me going. I need to set the goals and the personality of the number 30 for the future players.”

As seniors Haley White, number 16, and Beth Fleming, number 23, prepare to put on their numbers for one more season, they hope that the tradition can continue for years to come.

“We want everyone to come in and value the tradition just as much as we did when we came in,” White said. “I want the program to be able to keep the family dynamic on the team and be the best teammates we can, while also working hard and having fun.”

Fleming said the tradition and the family connection with both current and past players has allowed them to grow as individuals over the last four years.

“Being able to come out of this program a better person, better teammate and better leader is not what I expected when I came in as a freshman,” Fleming said. “We’re good at keeping each other accountable and I think that is what has kept us in the right mindset the past four years.”

“The way the previous players were describing the family and the love they have for softball, even now in their adulthood,” Hassler said. “Their lives have moved on but softball will always be a part of them. They are always going to remember everything they learned playing at Ithaca, and it just means so much more to them than I could have even imagined.”

Quintana said she is happy to know that the alumni of the softball program are able to stay connected and continue to be a part of the Bomber family.

“They’re just so excited and proud of the fact that we’ve been able to keep things really are traditions have been able to hold up, so I think it’s just exciting to be able to move that forward and see what the next chapter of Ithaca softball is going to be.”