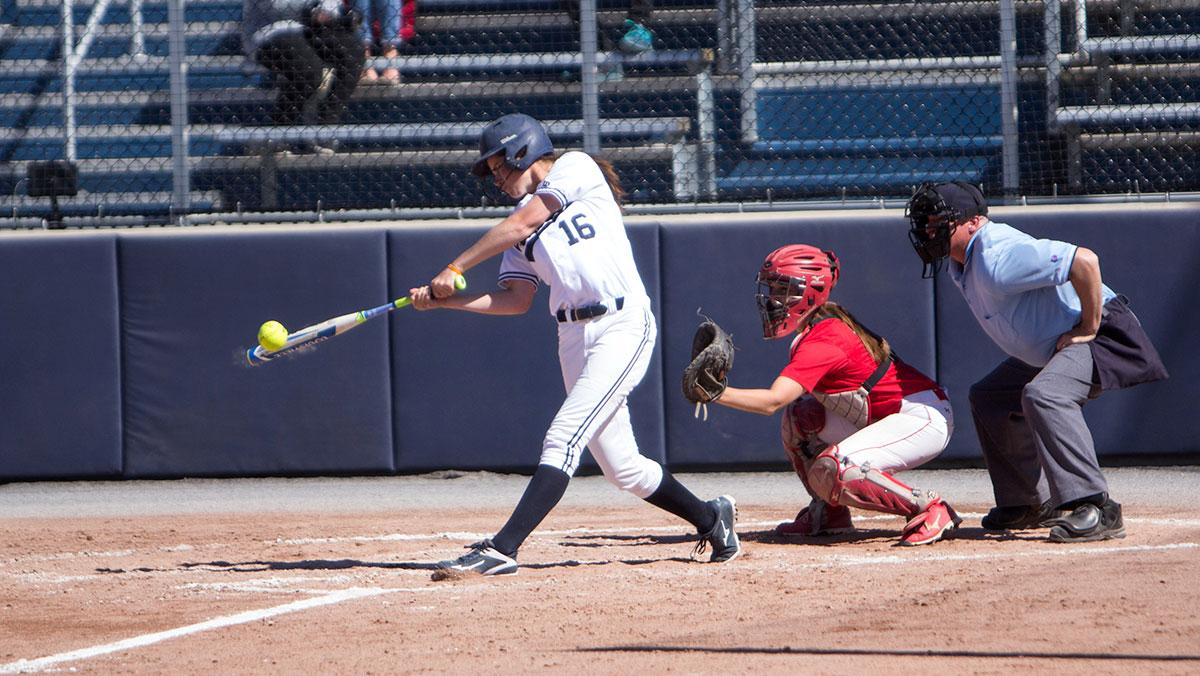 Two low-scoring affairs for Ithaca College softball team still led to two wins for them as the team continued to roll and take its win streak to eight, defeating its rival SUNY Cortland on April 20.

In the first game, the Bombers scored only twice, but it would be enough to get past the Red Dragons. The first run came in the third inning off an error by the catcher. Senior first baseman Casey Gavin walked and then stole second, as freshman third baseman Vanessa Brown would advance to third and sophomore right fielder Emily Bloom would reach home plate. The second score came as freshman shortstop Hannah Anderson blasted a home-run out to left field in the bottom of the fourth inning.

Senior pitcher Laura Quicker got the start and the win on the mound. She pitched all seven innings, allowing only six hits and two walks with an ERA of zero. She had five strikeouts on the day and is now 12–2 on the season with five shutouts. Anderson lead the offense with three at-bats, one hit, one run and one RBI.

Game two was an even closer affair as both teams went for seven innings without a run scored. Cortland would finish the game with two hits total and the Bombers would have four of their own. The most important one though was senior catcher Kelly Robichaud’s walk off home-run in the seventh that was knocked over the fence in left center field.

Senior pitcher Allison Macari got the win as the Bombers posted their second shutout of the day. She struck out four and had an ERA of zero. She is seven 7–3 on the season and gathered her third shutout today.

Junior right fielder Jessie Fleck had two hits at two at-bats, but it would be Robichaud who lead the offense with three at-bats, one hit, one run and one RBI.

The Bombers play again at 1 p.m. April 23 as they take on the Stevens Institute of Technology Ducks at Kostrinsky Field in an Empire 8 match up in another double-header.