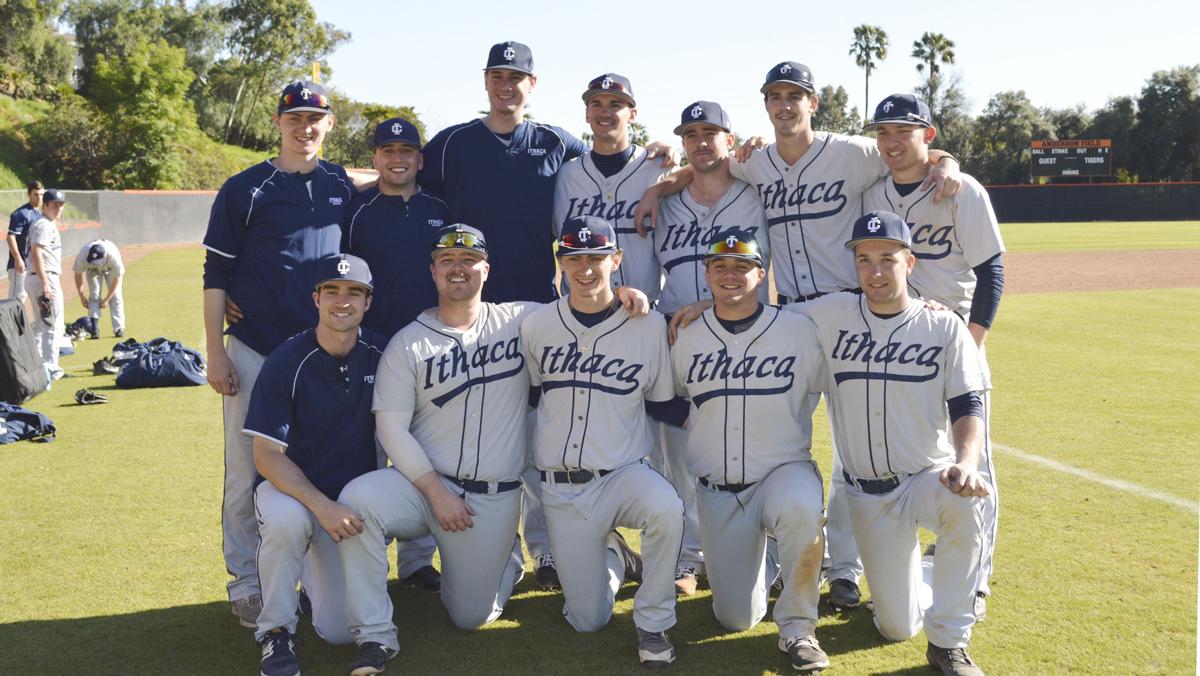 Most students at Ithaca College prepared to head home for spring break after their Friday classes March 8. But most of the student-athletes competing in the spring season at the college traveled across the country to take on different competition within the Division III landscape.

For teams and coaches, spring break provides them a chance to get out and face opposing teams in other regions of the country that they would not normally see during the regular season. It also allows athletes to play in warmer climates. Upstate New York is known for its gloomy, rainy and sometimes snowy springs, which can keep teams indoors for workouts and cause games to take place in snow and frigid temperatures at the start of the season.

Ithaca College is not the only college to send teams away for spring break. All of the schools in the Liberty League, as well as the Empire 8 for the baseball team, send several teams away for the break so that they can get a start on their seasons. This is because the spring athletic teams compete and practice outdoors, making the act of scheduling games and practice times a challenge due to the unruly weather in late February and all of March.

“It allows me and my team the chance to see improvements after working hard during the long offseason,” Greco said. “It also gives us the opportunity to play outside, something we don’t usually have the chance to do until April.”

Senior pitcher Matt Eiel said the annual trips during spring break provide an early test for the team, considering programs out west in Division III have already played a number of games this season due to the warmer climate, which allows for an earlier start.

“This trip provides us an opportunity to play good competition, but most importantly, is that these teams are in midseason form,” Eiel said. “Many programs spend their spring break trips in Florida, but Coach [George] Valesente believes playing teams with 15-plus games already played instead of competitive Northeast teams who we’ll hope to play later anyway is a better option.”

Senior first baseman Jackson Smith said that on top of the solid competition, there are advantages to both batting and fielding in warmer climates.

“The fields play a lot faster out there with drier conditions and shorter grass, which makes it easier to turn double plays on the faster surface,” Smith said. “The ball also carries more in the hotter, drier air, leading to more home runs and extra base hits.”

Besides all the hours practicing and weightlifting with one another, the time spent together off the field is just as important for a team. For crew, team chemistry is critical for success. Eric Stamer, a graduate student and men’s crew captain, said the traveling experience brings the team together because of all the time spent around one another, whether it is while eating, sharing hotel rooms or taking bus rides.

“We are constantly trying to create bonds and build relationships between the rowers, coxswains and coaches,” Stamer said. “This trip definitely helps, since we are spending every minute together — from the bus ride down to sharing rooms together, eating meals together, et cetera. … Even between the varsity and novice or upperclassmen and underclassmen, we get to know more about each other and that’s awesome.”

Greco said that she is in her third year on the golf squad and that her experience this spring resonated with her as well as the team.

“We all loved Baytree and the other courses we had the opportunity to play on, and we would definitely come back in the future,” Greco said. “For me personally, it was one of the best spring break trips I’ve had since being on the team.”