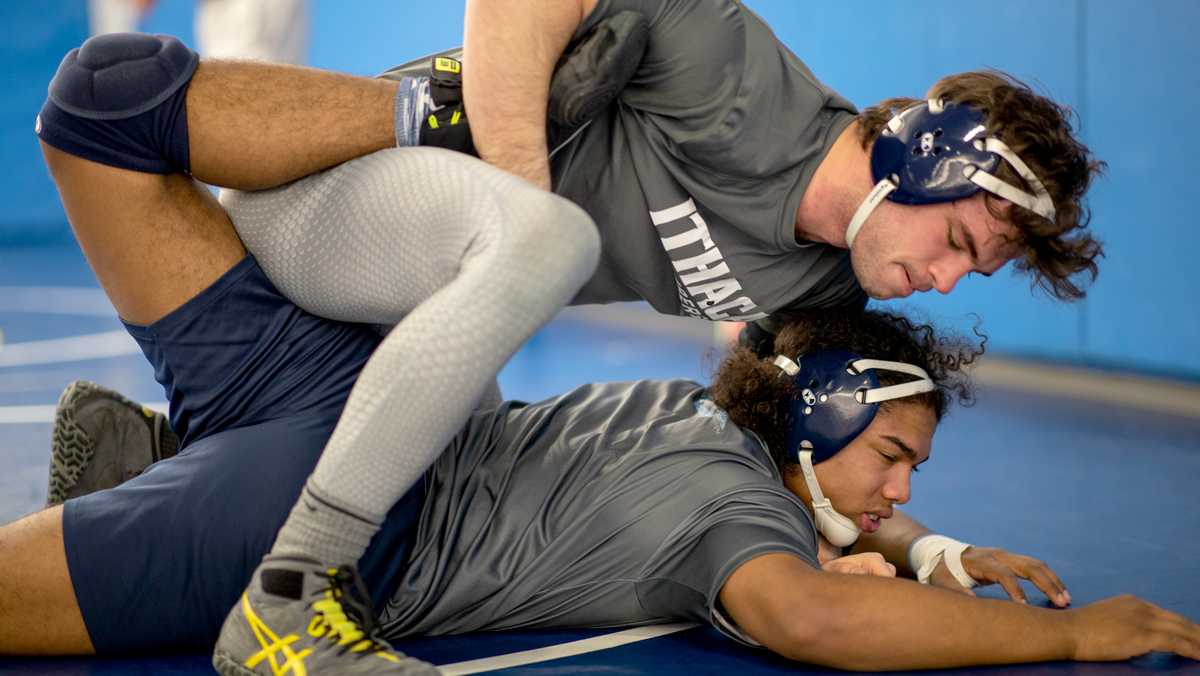 After coming up short of a national championship last season, senior Jake Ashcraft, 184-pound All-American wrestler, is set on winning it all this year.

Ashcraft is coming into his senior season as the top-ranked wrestler across all of Division III wrestling in his weight class. As a junior, he won the regional championship in the 184-pound weight class and finished third at the NCAA Championship. Ashcraft ended his season with a 41–4 record and had been carrying a 25-match winning streak leading up to his 2018 NCAA Championship quarterfinal loss to John Boyle, a sophomore from Western New England University.

Since his freshman year, Ashcraft has indulged in much success. He was named Empire Collegiate Wrestling Conference (ECWC) Rookie of the Week three times during his freshman season, and continued to improve all the way up to his regional title a season ago. Head coach Marty Nichols said Ashcraft has worked to do whatever he can in order to get better each season.

Nichols said Ashcraft is willing to try anything new at practice. He said it is an important part of Ashcraft’s game because it allows him to get immediate feedback so he can upgrade and correct his moves.

Ashcraft has already posted a strong record over his first three years of competing. At the end of his junior year, Ashcraft had a record of 103 victories and only 25 losses. Out of all of his victories, 58 came by way of falls, nine were major decisions, six technical falls and the remaining 30 came from decisions.

Although Ashcraft has risen to star-status as a wrestler, he has faced struggles on the team.  Ashcraft said he faced many difficulties in his first couple of years as a wrestler but that the challenges have made him a better athlete.

“I faced a lot of adversity during those years,” Ashcraft said. “Like in my freshman year, when I bumped up to the 197-weight class, and then, sophomore year I went back down to 184. Things like that make you realize that, in the moment, it’s not what you want to do or what’s ideal, but you grow from it and you learn that those things are very minimal things in the grand sport of life and in the grand scheme of the sport.”

Having to change weight classes each year is a complicated task for a wrestler because it involves changing diets and competition with regularity. Nichols said he has seen Ashcraft lose weight since he arrived his freshman year, and the changes he made have helped him turn into a better wrestler.

“I have actually seen him shrink since he was a 197-pounder his first two years,” Nichols said. “He got himself in really good shape by changing his eating habits and his training changed dramatically, which I think has been the key to his success.”

Ashcraft competed in the Ithaca Invitational on Nov. 2 and 3, and he added onto his winning record with an undefeated four-win weekend with three falls to win his weight class. He did not concede a single point all weekend, and he also went on to be named the Most Outstanding Wrestler at the end of the event. His championship match was a 4–0 victory by fall in a rematch against Boyle, who had previously defeated Ashcraft in the NCAA tournament last year. 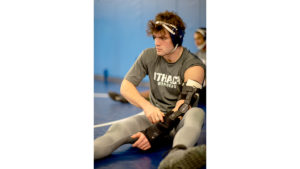 Ashcraft came into the season ranked No.1 in Division III for his Weight Class.

Since the opening weekend, Ashcraft has compiled a 3–1 record, with his lone defeat coming at the hands of Appalachian State University sophomore Alan Clothier, a Division I wrestler.

While coming close to a national title in his first NCAA appearance last season, Ashcraft’s goal is not just for himself to win an individual national championship but also a team championship.

“My number one goal is a team goal and an individual goal and that’s to be a National Champion,” Ashcraft said. “That’s why I came here, and that’s what I have wanted to do since I was a freshman.”

Ashcraft said he hopes to leave a legacy on the wrestling program and on the college when he graduates.

“I think that a lot of the relationships you build in this sport and the experiences that you share with teammates, coaches and friends with the sport goes way further than any accolade ever will,” Ashcraft said. “That’s something that I really take pride in. Just trying to be a good teammate, a good leader and a good mentor, and I hope that I really have that impact when I leave.”

Ashcraft’s 285-pound, two–time All-American senior co-captain, Jake O’Brien, agreed with Nichols on the improvements Ashcraft has made over his time at Ithaca.

“Jake has always been an extremely focused and hard worker,” O’Brien said. “His constant efforts to improve himself have just added up over time and resulted in where he is today.”

Although Ashcraft is a well–achieved athlete, his success goes beyond the mats and into the classroom. Ashcraft was named a National Wrestling Coaches Association (NWCA) Scholar All-American, appeared on the ECWC All-Academic Team and the Empire 8 President’s List in his freshman year and has continued to keep his academics in place. Last year he was named to an NWCA All-Academic honors for the third time in his three years of eligibility. 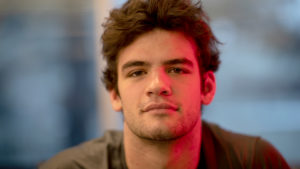 Ashcraft is a senior captain for the team

O’Brien, who has also been received multiple scholar awards, in his time at Ithaca, said having a teammate who performs not just on the mats but also in the classroom adds to what makes Ashcraft such a strong leader for the team.

“Jake is a role model, and someone you can always go to for help,” O’Brien said. “It makes me proud to be part of a program that excels not only in athletics but also in academics.”

Ashcraft continues to go above and beyond from what people view as a student-athlete and is very involved in the community and clubs on campus. He is the treasurer for the Unites for Her club on campus as well as a facilitator for the One Love Foundation.

“Those are definitely the two that I am most involved in, but whenever someone calls upon me or tells me when there is an event for athletes or whatever, I love to be there,” Ashcraft said. “It’s the kind of things that I really enjoy. They aren’t the kind of things that go on a resume or anything, but I love to be a part of Ithaca athletics as a whole and not just wrestling.”

Now, in his final season, Ashcraft reflected on the overall experience that he gained from his time as a wrestler.

“I have just gotten everything from the sport and more; whether it’s relationships with my teammates and my coaches or just learning and growing as a person through the sport of wrestling,” Ashcraft said. “It’s just really hard to put into words what the sport means to me and what Ithaca College wrestling in particular means to me.”