Teams get tech savvy when it comes to summer workouts 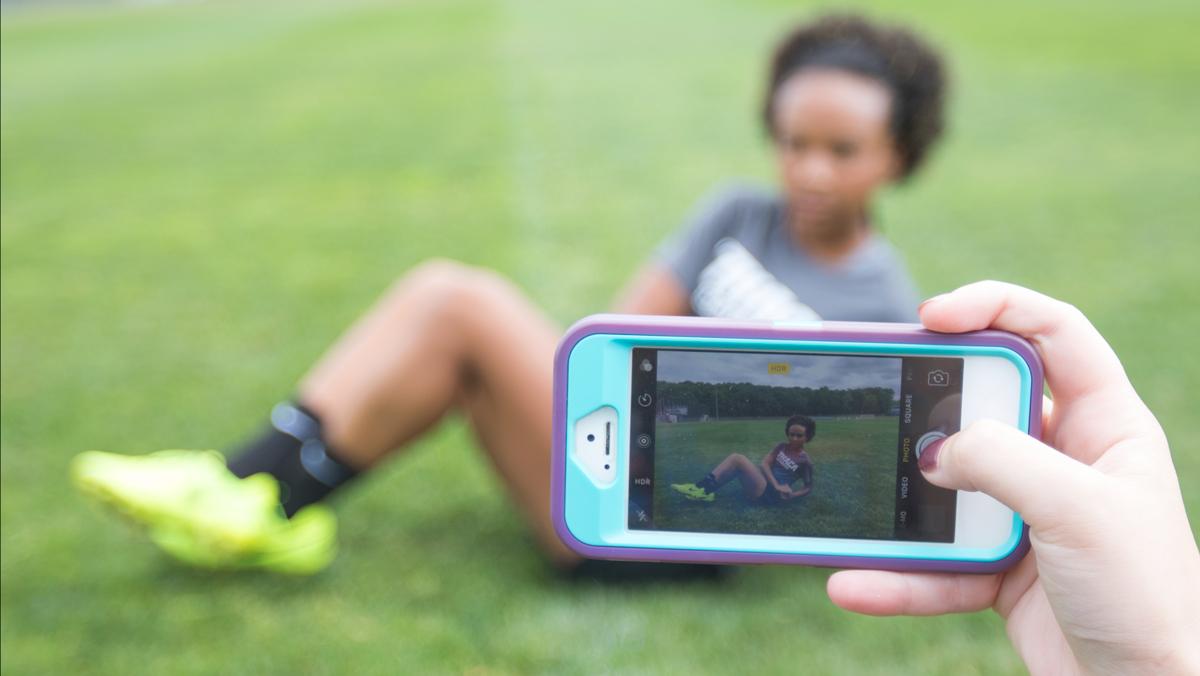 PHOTO ILLUSTRATION BY CAITIE IHRIG
Sophomore Devon Morris and the rest of the women’s soccer team split up into “families” and send photos of themselves doing workouts to the rest of their “family” as a way of keeping everyone motivated.
By Casey Koenig — Staff Writer
Published: August 30, 2017

After doing their preseason summer workouts, sophomore Devon Morris and senior Kendall Cirella, both defenders on the Ithaca College women’s soccer team, send a quick text to their “families” to let them know how their workouts are going and to check in with other members of their “family.”

The team members divide themselves into “families” as a way to stay motivated and work out over the summer. The women talk two to three times a week and send each other pictures of themselves working out.

Over the summer, the Bomber teams have different ways of staying motivated. For example, the football team, volleyball team and women’s soccer team all use technology to hold teammates accountable for summer training.

Cirella said summer workouts are an essential part of preseason and in-season training that helps lead the team to success during the season.

“It gets your legs ready for the soreness, your heart rate ready for the spikes of high and low and all around prepares your body,” she said. “If you don’t workout over the summer, preseason will be 10 times harder than it already is.”

Morris said the players need to be in shape for preseason instead of getting into shape when arriving on campus.

“If you don’t do your part, then the team is not going to do well,” Morris said. “You can definitely tell who worked out over the summer and who did not.”

Similar to the soccer team, the men’s football team has a specific summer workout packet assigned to them.

Senior offensive lineman Rifton Westby said the seniors will check in with players, especially the freshmen, to make sure the workouts are being completed.

“There’s a few guys, especially in Massachusetts, that live together, that work out together, but most position groups will have a group chat, and we usually check in once or twice a week,” he said.

The team has three main workout segments. An example of a workout would be a front squat with either box or hurdle jumps following and then a dumbbell exercise paired with benchpressing. There is also conditioning, which consists of sprints to position specific exercise.

Westby said the players met with strength and conditioning coach Vic Brown before the semester ended to discuss nutrition and healthy snack options during the summer.

Once the football team comes back for preseason, the coaches will conduct strength and conditioning tests to compare to tests taken before leaving for summer break.

“If you are benching 250 pounds when you leave and you come back and bench 235 pounds, they are going to know that you are not lifting that much,” Westby said. “They usually look for a 10 pound gain.”

Westby said that just as the team motives each other, each player also has keep himself motivated to benefit the team.

This year, the women’s volleyball team tried something different in order to hold each other accountable for sticking to the workouts that they were given to do over the summer.

The Bombers broke up into three groups of four to five women and showed each other that they were doing the workout via Snapchat videos and pictures.

Senior outside hitter Joelle Goldstein said there was originally a competition amongst the three groups, but everyone was in such good shape upon returning to campus that the competition was scrapped.

“You can’t sit on your butt all summer, you have to be keeping up with your fitness and your playing, and it shows,” Goldstein said. “It’s pretty obvious when you come back who had been working out and staying in shape.”