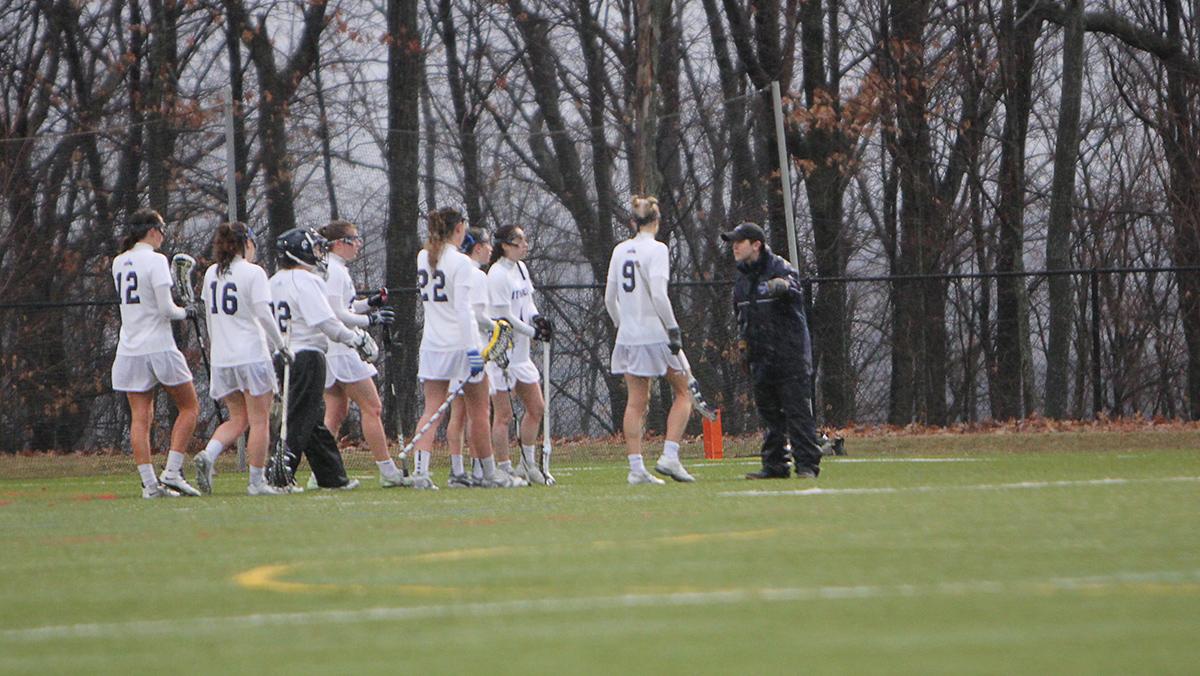 During the school year, the main focus of Ithaca College varsity coaches is on their teams and goals at hand. But once the spring season ends in May, their focus will shift to recruiting future members of their teams.

“Technology has changed where it is all online now, with YouTube, which is much nicer,” Pallozzi said. “Back when I was first doing it, we would get all these VHS’s, so you would have a stack of films in your office.”

Pallozzi said technology is not the only change in women’s softball over the years. She said there are many more athletes out there to recruit but that it can be a challenge for the coaches to keep up with the increased demand.

The overall number of female student-athlete softball participants for Division III in 1981–82 was 2,933, according to the NCAA Sports Sponsorship and Participation Rates Report on Student-Athlete Participation. That number has almost tripled, totaling 7,597 participants in 2014–15, according to the NCAA study. The study cites factors leading to this increase including more students attending high schools and colleges and more NCAA rules’ complying with Title IX.

“You really have to find the spot that has the pocket of athletes that will make the program successful for our vision,” Pallozzi said.

“People expect instant feedback,” Moore said. “You used to deal with mailings, and it’s just not necessary anymore. Kids don’t want to wait for it.”

Because of the influence social media has on the recruiting process, Moore said she is able to email the athletes quickly after watching them play and provide them with timely information, helping both the athletes and coaches. Technology also makes it easier for coaches to keep in touch with recruits and for recruits to update coaches. Moore said this makes the recruiting process more personal because the coaches are able to get to know the athletes better.

The main recruiting period for Moore and her fellow coaches spans from the last day of the season in May to the last weekend in July. During this time, they attend tournaments on the weekends with as many as 200 club teams participating, and throughout the week, they attend camps and clinics.

Pallozzi said the softball program recruits heavily in the summer and fall, and their main areas of recruitment are Pennsylvania, New Jersey and Connecticut because those are the areas that, in the past, have brought success to the program.

In recent years, athletes have begun to reach out to Pallozzi from the West Coast. The softball team currently has two members from California: junior Emily Bloom and sophomore Vanessa Brown.

“That has changed over the years,” Pallozzi said. “We just started going into California over the last four years.”

Moore attends tournaments sponsored by the Intercollegiate Women’s Lacrosse Coaches Association during the summer, but the games and clinics are recorded and posted online for her to be able to go back and look at them later.

“Film is never as great as a live evaluation, but it is a nice supplement,” Moore said. “That did not used to exist. You just didn’t have film like that.”

Another factor that can affect recruiting, Moore said, is a coaching change, as prospective athletes can lose touch with a school when a new coach is hired. Freshman Bailey Herr’s original contact was with Shannon McHale, former head coach for women’s lacrosse, when Herr was a sophomore in high school.

Herr said the coaching change did not affect her because she was still interested in the coIIege. She said she submitted an online questionnaire during the beginning of her senior year to get in contact with Moore and committed to the college in April of her senior year.

“It didn’t really affect me because I wasn’t really close with [McHale],” Herr said. “I was just excited to meet the new coach.”

As Pallozzi heads into her 29th season, she said the only two things a coaching change affects are if a coach is looking for a different type of athlete and if the new coach comes in with a different philosophy.

“It’s very, very competitive, even at our level now,” Pallozzi said. “I want the kids to be multifaceted. I just want athletes. But so does every other school — that’s the problem.”