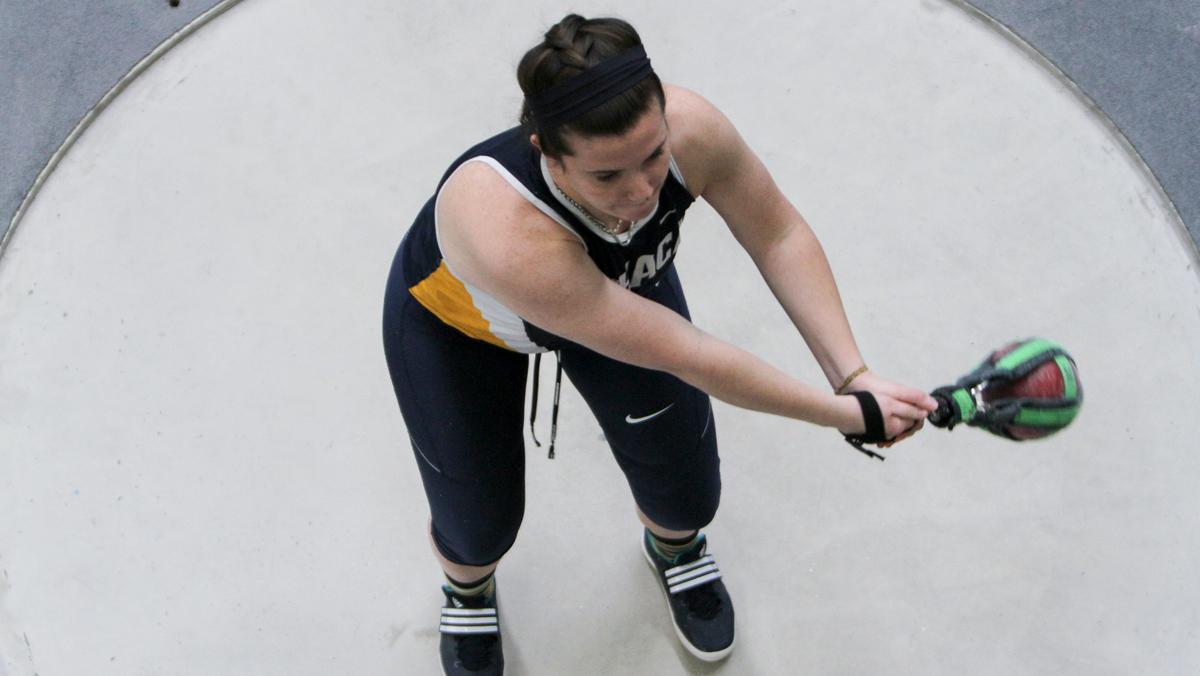 Members of the Ithaca College track and field teams competed at the Home Tri with SUNY Cortland and Utica College on Feb. 16.

Senior Taryn Cordani finished in first place in the 1-mile with a time of 5:01.91, beating the second place finisher by 31 seconds. Cordani said that she expected the Bombers to finish out on top when the meet was over.

“I think finishing first in the 1-mile was good for my team and I think we will have a lot of winners today,” Cordani said. “I am confident we will win this meet today, and it will be a good confidence booster for next week which is Liberty League Championships.”

The success continued for the men’s team as well. Junior Elliott Place came in first in the 60-meter dash with a time of 7.21 seconds. Junior Derek Howes, with a time of 1:56.45, brought home the gold for the South Hill squad in the 800-meter run. In the long jump, sophomore Daniel Harden-Marshall finished in first with a jump of 6.78 meters.

With a 15.39 final throw, sophomore Harrison Buttrick came in first in the 35-lbs weight throw. Senior David Dorsey clinched first in the pole vault with a vault of 4.57 meters.

Senior Chris Gutierrez won the 1-mile by a time of six seconds with a time of 4:29.43. Gutierrez said that it felt good to win the race, especially at a home meet.

“It was my last home meet a senior, and it was good to just go out there and get a win,” Gutierrez said.

Both track and field teams will next compete at the Marc Deneault Invitational at 10 a.m. Feb. 17 at Cornell University.