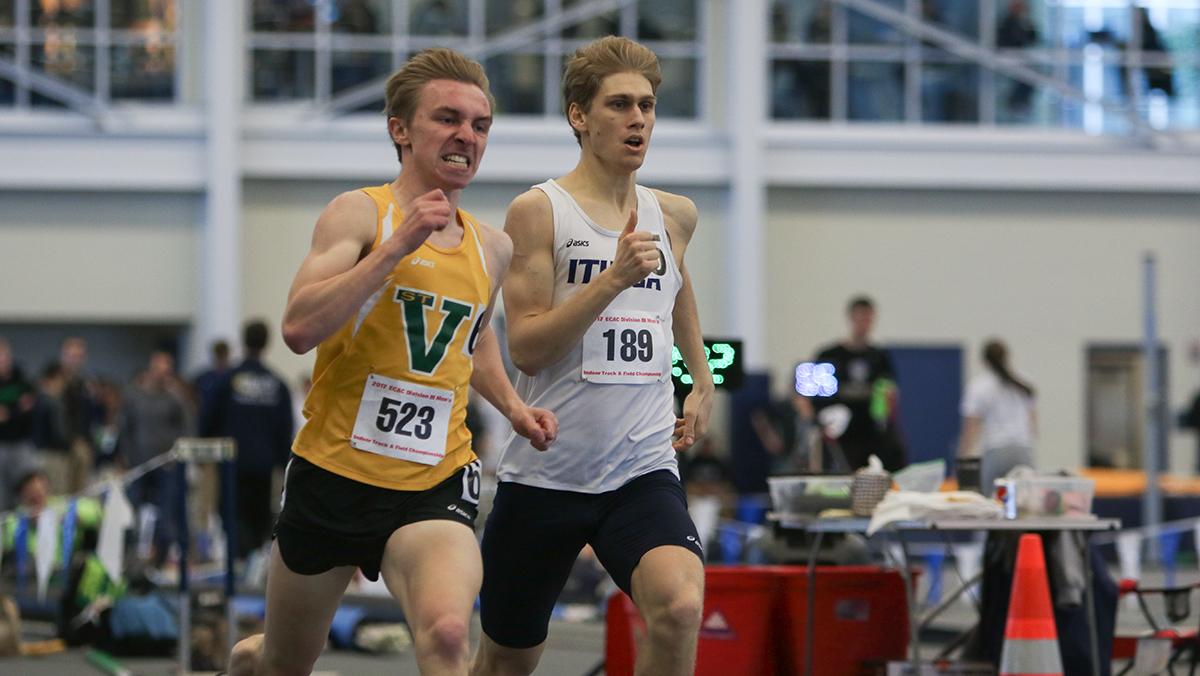 On the shot put, senior Brandy Smith won with a mark of 13.79 meters. Smith said she is aiming to throw over 15 meters at NCAA Championships March 10–11.

“There is pretty good competition for next weekend,” Smith said. “It’s Nationals so the top 17 in the country will be there. Going into shot put, I am third, so hopefully I get first. It would be a nice day if I do. Then I have weight the next day, so I am hoping for a good day.”

Smith also won the weight throw with a distance of 16.91 meters.

The Bombers’ distance medley relay team – comprised of freshmen Alexandria Rheaume and Sarah Rudge and juniors Sierra Grazia and Taryn Cordani – won the event in a facility record-breaking time of 11:52.83.

Cordani said it was a 20 second personal record for the team.

“We all ran our PRs in the DMR, which is crazy,” Cordani said. “It was my favorite thing. I cried after.”

“We are tapered at this point in the year, so you start seeing some big performances,” Pitman said. “Our DMR laid it all on the line on Friday, and came out with a huge time that put them at number two in the country, which was so exciting to watch as a teammate.”

Pitman says that going into next weekend she wants to be on the podium as a team. And as for her personal goals, she wants to jump her best.

“My body and brain both know what to do, so at this point, confidence is key,” she said. “I want to take in the moment and enjoy the ride. We are all so privileged to represent Ithaca College on such a big stage.”

Sophomore Derek Howes with a time of 1:05.56 placed second in the 500-meter dash. The 4×800-meter relay team of freshmen Patrick Robertson, Forest Stewart and sophomores Logan Winningham and Daniel Hart finished with a time of 8:01.21 to take third.

Junior Seth Abbott placed second in the heptathlon with 4,720 points. Senior Larry Cass came in fifth in the weight throw at 15.87 meters.
The Bombers will compete in the NCAA Championships at 1 p.m. and 10 a.m. March 10–11, respectively in Naperville, Illinois.