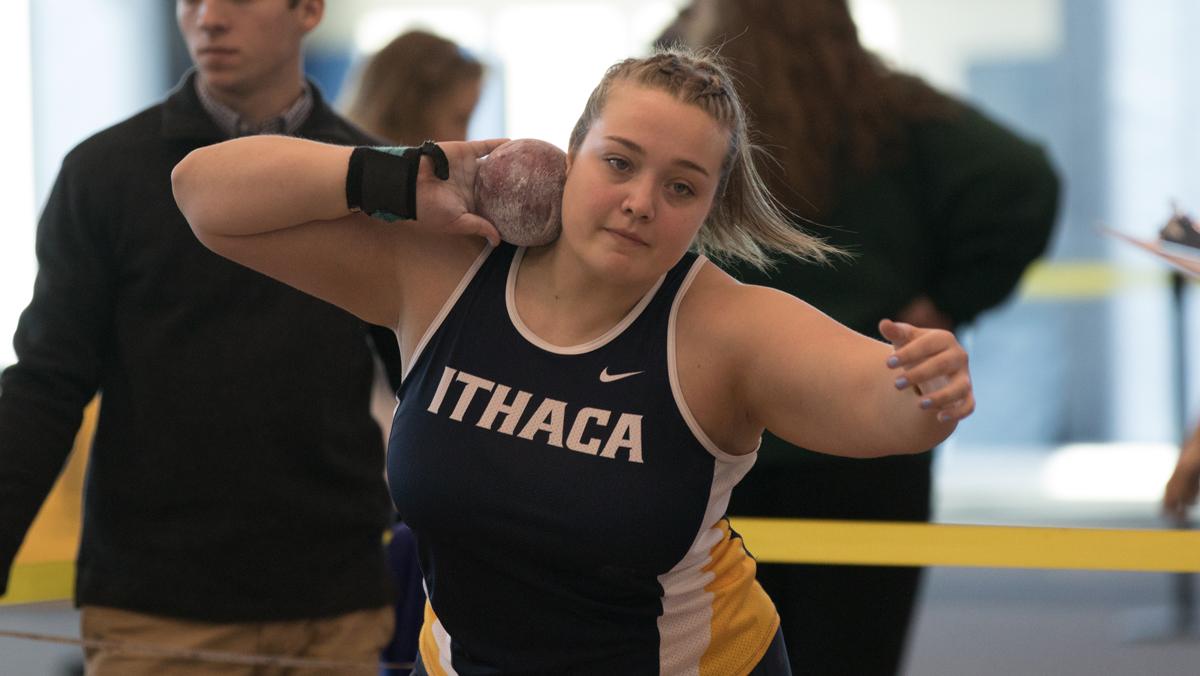 The Ithaca College track and field teams both came in first at the Ithaca College Quad meet on Jan. 20. The women earned 71.5 points while the men earned 54 points against The College at Brockport, SUNY Oneonta and Rensselaer Polytechnic Institute.

Junior Britney Swarthout came in first for the Bombers in the 400-meter dash with a time of 1:02.22. Sophomore Sarah Rudge earned a first place finish in the 800-meter run with a time of 2:24.46. In the mile run, senior Denise Ibarra came in with a time of 5:12.44, 26 seconds faster than the second place runner, who happened to be fellow Bomber sophomore Maria Matkoski.

In the 60-meter hurdles, senior Amber Edwards took home first with a time of 9.15. The 4×400-meter relay team, which consisted of Swarthout, Rheaume, and sophomore Jessica Competiello and freshman Jaime Sheppard, came in first with a time of 4:08.51. Senior Katherine Pitman had the best performance at the pole vault with a vault of 4.15 meters.

In the 4×400-meter relay, which consisted of Howes, senior Gerardo Munoz and sophomores Evan Jones and Logan Winningham, the Blue and Gold took home first with a time of 3:29.30. Senior David Dorsey brought home a first place finish in the pole vault with a vault of 4.40 meters.

The South Hill squad will next compete on Jan. 27 at three different events. Athletes from both the men’s and women’s teams will go to the Cornell Robert J. Kane Invitational at 10 a.m., the Utica College Pioneer Invitational at 10:30 a.m. and the Massasoit Classic at 11 a.m.