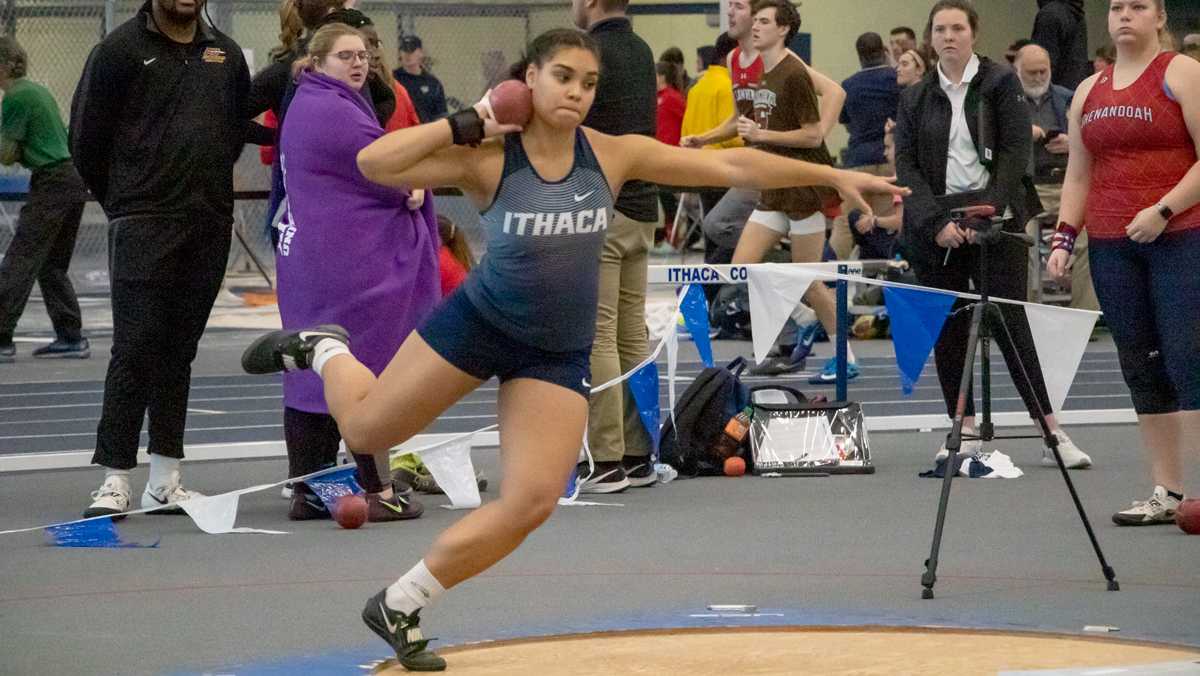 The men’s team also made history, as sophomore pole vaulter Dom Mikula broke his school record for the event and cleared 5.00 meters. Mikula said setting this record is an achievement that he takes great pride in.

“It is an amazing feeling,” Mikula said. “Just thinking about all the greats before you, and to say I’ve jumped higher than all of them is crazy to comprehend.”

Sophomore pole-vaulter Meghan Matheny set a new personal record for herself with a clearance of 3.86 meters. The victory also sent her to the No. 1 seed in NCAA Division III for women’s pole vaulting.

Mikula said he was impressed with his team’s showing in the Bomber Invitational.

“We did very well at our last home meet of the season,” Mikula said. “Lots of personal best and winning times. This team is going to be very dangerous come championship time.”

Freshman sprinter Ayenaliz Velasquez feels that a performance like this helps bring the team closer together.

“We did really well overall,” Velasquez said. “We all worked together and supported each other while we watched other events, as a push to do better and show we care.”

The Bombers next meet is Feb. 14 at the David Hemery Valentine Invite in Boston, Massachusetts.