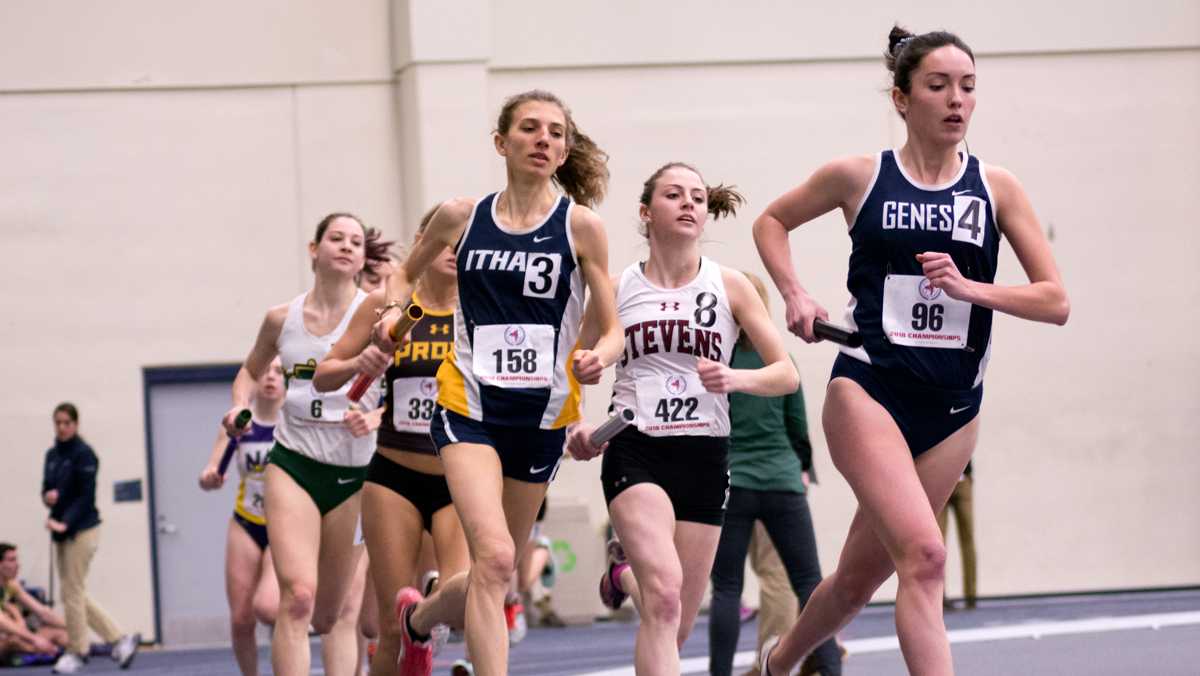 During cross-country season, runners will avoid running the same distance every race by occasionally sitting out during a meet. In track and field, runners will run different events to give their bodies a rest and help them train for their main event at the end of the season.

In the Ithaca College track and field program, there are three different groups of distance runners: the mid-distance group, the hybrid group and the distance group. Each group runs a different set of events to peak at the end of the season during the championships.

Dinan said that running shorter distances compared to an athlete’s main event will help the athletes develop a quicker turnover in their legs. When an athlete is improving their turnover, they are improving how many steps they take per minute. Shorter races help the athlete adjust to running faster, which will translate into their normal event.

At the beginning of the season, Dinan and Matt Wiehe, assistant men’s track and field coach, sit down with the runners and create a season-long plan to help the athlete peak during the Liberty League Championships, Regionals or Nationals. While the list is subject to change due to an athlete’s performances or injuries, it provides an outline of what event an athlete will run every track meet throughout the entire season.

“It gets really mentally taxing to run the mile every single week, so we like to break it up and have them run events that are both shorter and longer to keep them mentally fresh,” Wiehe said. “Physically, we have them run a lot of different races as a workout to prepare them for their main event later in the year.”

Junior distance runner John Blake, whose main event is the 1-mile, said that his training could change for the week leading up to a meet if he is running a different event.

Senior mid-distance runner Sierra Grazia said that running different distances for track and field is different from how she trained in high school.

“Racing different races helps a lot, not only giving you a break from your main focus mentally but physically as well,” Grazia said. “Running only your race too much can put you in a rut. Working on speed or endurance through other races is an effective and efficient way of making the most of meets as well.”

Grazia said she likes the change in races every week during the season.

“My favorite thing about the different races is the different feelings that each distance and race gives you, they are all so unique,” Grazia said. “The 3K, I feel more comfortable finding a steady rhythm and flowing pace, whereas the mile tends to feel more upbeat and hyped just because they are faster races. Each race has its own personality in that way, which is cool to experience.”