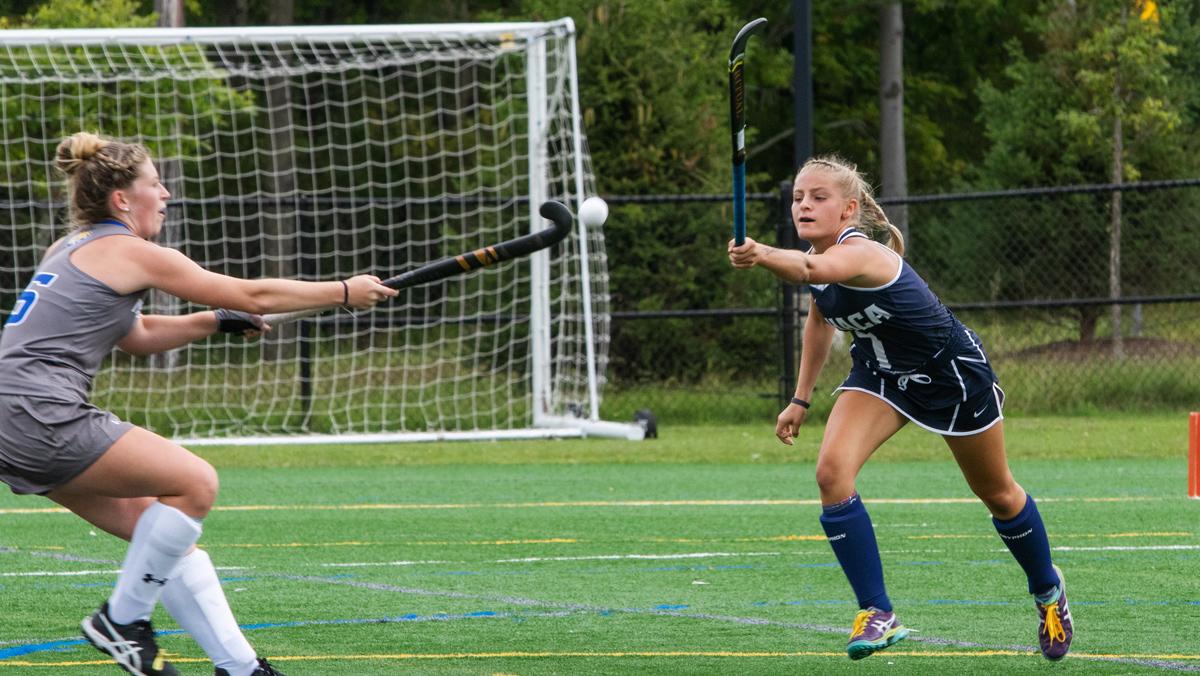 Sophomore striker Morgan Mullen may be new to Ithaca College this semester, but she has been a dominant offensive force for the field hockey team. The Bombers are undefeated so far in 2019, and Mullen has started in all four games. She is also the team’s leading scorer, posting three goals and one assist.

Sports Editor Emily Adams sat down with Mullen to discuss her transfer to South Hill and her outlook for her first season as a Bomber.

Emily Adams: Why did you decide to transfer?

Morgan Mullen: I wanted to go to a school where I could do all the things I wanted to do — a school that offered so much more than where I was at. The School of Business is what I really came for because it’s such an amazing facility, and if you have that on your resume it’s a great thing. Plus studying abroad and doing a whole bunch of clubs, … there wasn’t that opportunity before.

EA: What differences have you experienced going from Division II to Division III?

EA: How have you connected with the team so far?

MM: They’re great. We love each other. Honestly, they’re just so welcoming, and they’ll take anybody.

EA: How is the style of play here different from East Stroudsburg?

MM: At that level there’s a set play for going down the field. You know where the person is going to be even if they’re not there. At this level we get to be a little more creative. Everything’s not set in stone, which I enjoy because instead of a play being exactly the same and practicing it a million times, here the coaches welcome you to just try anything.

EA: How have you been able to contribute so far?

MM: Playing at a higher level helps the team try and step up their level. Everybody’s great on the team, and they all work so hard, but having that experience contributes a lot by sort of taking it from a DIII team to trying to play at a DII level. It’s a different level of play, and I feel like the more knowledge that I can give to the girls can help them progress their games so much.

EA: Was anything difficult about the transition?

MM: I don’t think anything’s been difficult. It’s definitely different, but everything has really been different in such a great way.

EA: What has been your favorite part of being at Ithaca College?

MM: Probably my favorite thing is just seeing what a school at this caliber has to offer. There’s so much every day that I could never expect a college to provide for its students.

EA: What is your outlook for the team this season?

MM: We’re going to kill it. Every day we get out there, and it’s only been three weeks, but I can already see how much we’ve improved from the first day we stepped over the line on the first day of preseason until now. I just know that our team can grow so much every single day.