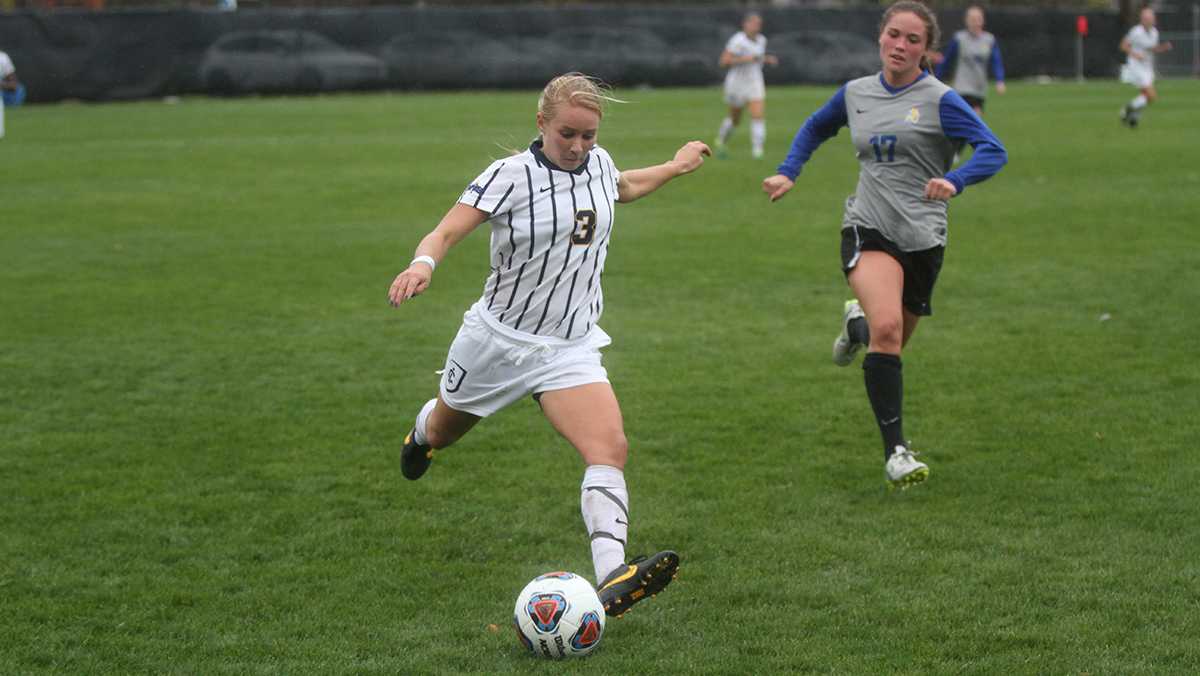 The National Soccer Coaches Association of America released the list of 2015 NSCAA All-Americans at the NCAA Division III level, and two members of the Ithaca College women’s soccer squad have been honored.

It is the first time since 2013 that any player from the women’s soccer team has been bestowed with the honor when Anna Gray ’13 was named to the third team.

King, a three-time NSCAA All-East Region and Empire 8 First-Team All-Conference honoree, has been an offensive juggernaut for the Bombers throughout her four years on the squad. The midfielder’s 43 goals and 98 career points both rank third all-time in the college’s history.

This past season, King led the Blue and Gold in scoring and ranked fifth in the Empire 8 Conference with 24 points.

After posting a solid record of 13–5–2 this season, Coppolecchia was named First-Team All-East Region for the second consecutive year as well as First-Team All-Conference for the third-straight season.

Coppolecchia, the 2013 d3soccor.com All-American and Goalkeeper of the Year, has placed her name high on the pedestal of past Bomber greats at the position. She ranks second all-time in wins with 47 and third in saves with 301. Coppolecchia’s 28 shutouts are fifth in the college’s history, and she is sixth in save percentage, swatting balls away .885 percent of the time.

Coppolecchia’s senior campaign lived up to her dynamic seasonal performances. She finished second in the conference in four categories, including her 123 total saves and .891 save percentage.

The Bombers finished the season with a 13–5–2 record after losing to Catholic University of America in the opening round of the 2015 NCAA Division III Women’s Soccer Championship on Nov. 14 at Clothier Field Stadium at Swarthmore College. All-Americans will be commemorated at noon Jan. 16 at the NSCAA All-America Luncheon held at the NSCAA Convention in Baltimore.