Volleyball clinches No. 2 seed in Empire 8 Tournament in sweep 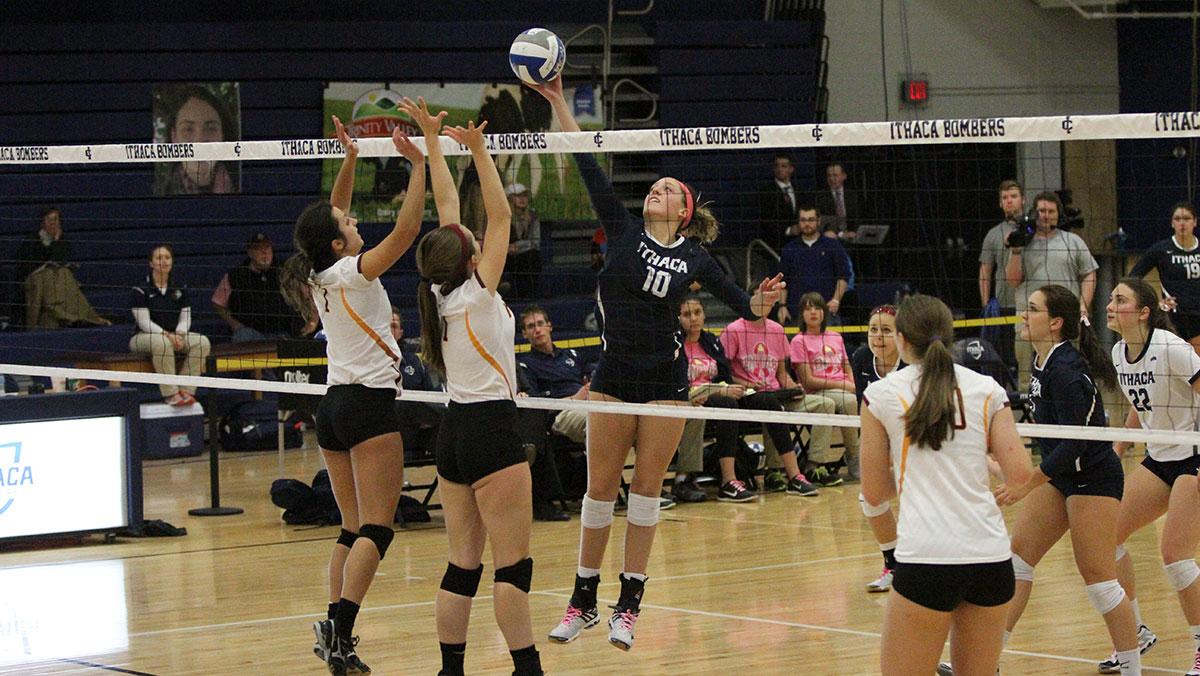 The volleyball team picked up two important Empire 8 sweeps over Hartwick College and St. John Fisher College on Oct. 24 to clinch the No. 2 seed in the Empire 8 Tournament. With the wins, the Bombers move to 25–3 on the season and 7–1 in Empire 8 play.

The Bombers’ offense and defense was led by freshman outer hitter Hailey Adler, who picked up 10 kills on a .529 attacking percentage. Adler also collected nine digs and three service aces for the South Hill squad. Sophomore setter Kayla Gromen was close behind, tying her season-high eight kills. Gromen also dished out 28 assists and collected five digs for the Bombers. Freshmen Katherine Evans and Kyle Dandrea each collected six kills on the night and both hit .600 and over on the match.

Sophomore Caroline Gerulskis and freshman Amanda Cerruti were solid at the net for the Blue and Gold. Gerulskis collected five kills and four block assists, while Cerruti had four kills, three block assists and one block solo.

The Bombers picked up a win over St. John Fisher later in the day, after honoring their lone senior, Gawinski-Stern, on Senior Day. The Blue and Gold swept the Cardinals 25–19, 25–14 and 25–21.

The South Hill squad hit .264 and picked up 41 kills, compared Fisher’s 24 kills and .056 percentage. Freshman Katie Evans led the Bombers’ offense with 11 kills on a .429 hitting percentage. Goldstein was close behind with 10 kills and seven digs.

Gromen finished the match with 36 assists, 10 digs and three kills for the Bombers. During her senior match, Gawinski-Stern collected 22 digs. Goldstein and Adler both added seven digs for the Blue and Gold.

The Bombers are back in action at 7 p.m. Oct. 27 in Ben Light Gymnasium when they face Wells College in a nonconference match.