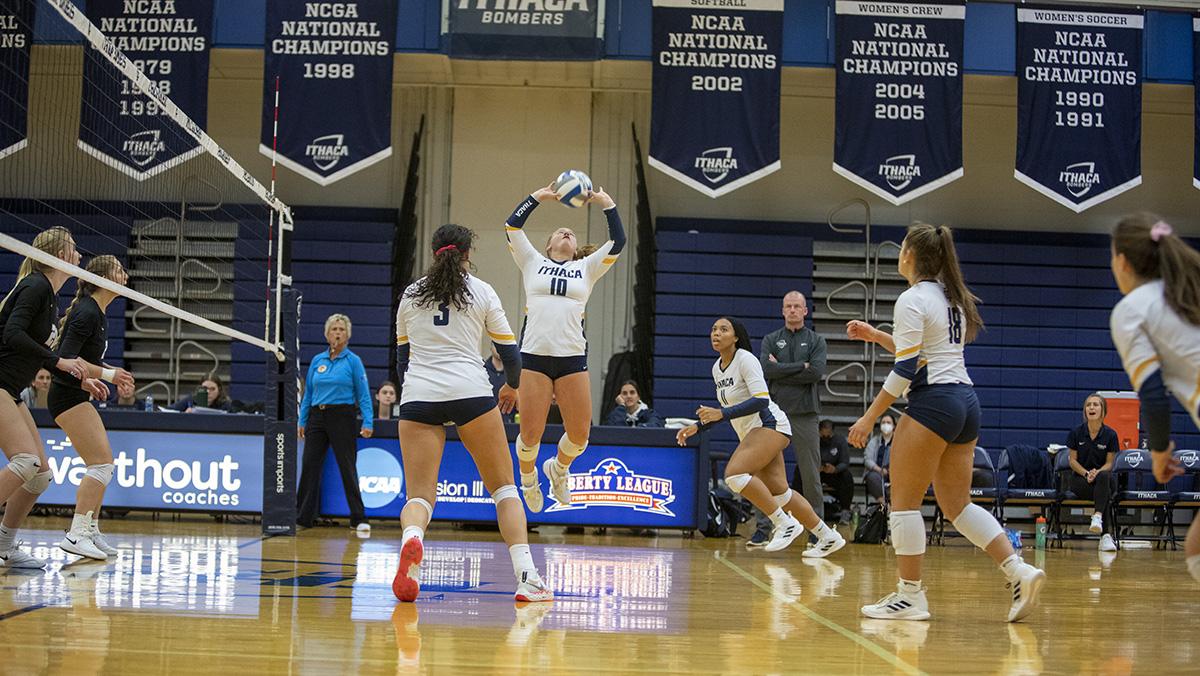 The Ithaca College volleyball team shut out Union College 3–0 in Ben Light Gymnasium on Oct. 8 for its 11th straight victory.

The Bombers won the first serve of the first match and started strong, stacking up seven points before Union’s first serve. While the Dutchwomen brought a fierce energy to the game once they started serving, the Bombers came together and won 25–13.

The second match followed a similar suit with the Bombers defeating the Dutchwomen again 25–13. While there were a few good rallies throughout the game and strong blocks from both teams, the Bombers stayed on top. Union College was losing steam by match three as the Bombers won the game-winning match 25–8.

For this match, the Bombers tried out new plays and put new players on the court. Sophomore outside hitter Faith Sabatier said that there can be much anticipation bringing new plays from practice to the game.

“We got to run a lot of different plays, a bit of a new system of offense, so it’s fun to kind of work that out and play against an opponent while running different things,” Sabatier said.

Assistant coach Marley Zochert commented on the new plays on the court, pointing out the importance of the team being able to adjust to a different setup on the court and continue to play their best game.

“When we switch roles, it’s a matter of how we can come together when things shift and when things change,” Zochert said. “When we do make adjustments, what’s really important to look at is are they taking advantage of it, using it and doing really well with it.”

Miller, along with Zochert, mentioned that despite the win, the team always has room to grow and further develop their skills. Miller is looking forward to reaching postseason goals.

“Yeah we won, but there’s always room for improvement,” Miller said. “At the end of the day, we’re still reaching for the Liberty League Championship, and then to make it into the NCAA’s. Just one step at a time, we’ll get better each game and learn from the mistakes that we make.”

The Bombers will compete again at 7:30 p.m. Oct. 11 against SUNY Cortland in Ben Light Gymnasium.