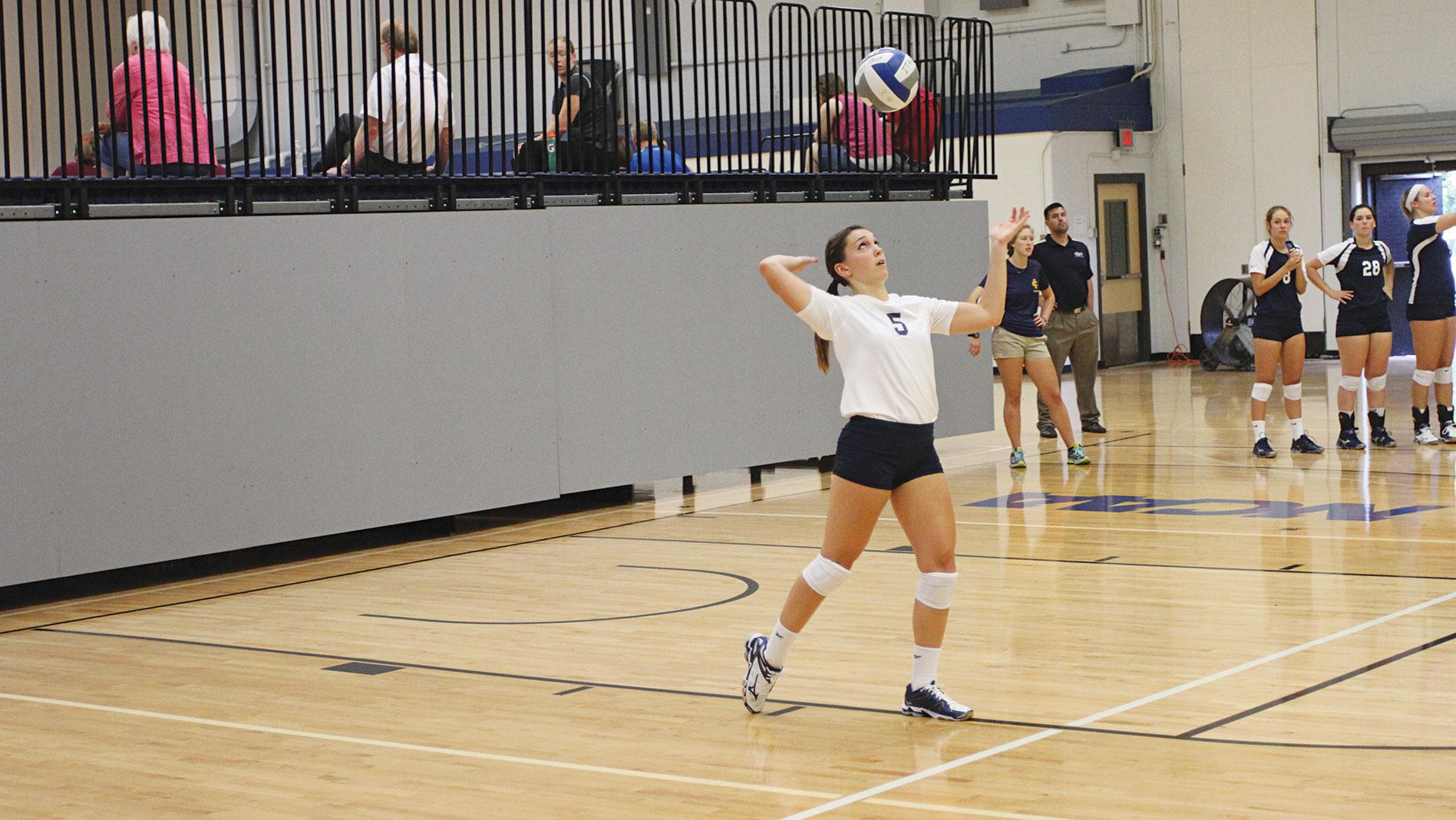 The volleyball team is entering its 2015 campaign with a slightly different roster, made up of many more underclassmen than upperclassmen. Some of the players not returning to the squad said they had unsatisfactory encounters with the coaching staff.

While the volleyball team has added many newcomers to the squad, the Bombers lost a number of key players during the preseason. One reason for the influx of new talent is the loss of seven of last year’s 14 returning players, despite graduating only one senior. Currently, the squad is made up of 10 underclassmen, while there are only two juniors and one senior on the team.

Coach Janet Donovan said two players are sitting out the year due to injury, but she would not comment further on the other players who are not on the 2015 roster. Players no longer listed on this year’s roster include juniors Molly Brown, Myan Idziur, and Siobhan Sorensen, and sophomores Katie Hartman, Dominique Lyons and Hannah Robison.

Brown, who quit the team at the beginning of preseason, said while two members did leave the team because of injury, other players were either cut or quit the team during preseason.

Brown said many members of the team have had personal problems and disagreements with the coaching staff, and while the members tried to address these problems last season with both the coaching staff and athletic administration, the problems could not be resolved. The former player also said the history of the team shows the squad has always been underclassman heavy, which she said demonstrates how the squad has a low player retention rate.

“[Donovan] has issues with developing players,” Brown said. “Most players quit because they feel as though they’re being replaced with shiny, new pieces or aren’t playing for some trivial reason.”

Brown also said she has had recurring problems with Donovan over the last few years.

“A lot of inappropriate, uncomfortable situations have happened with the coaching staff, whether it be bullying or attacking, or mistreatment,” Brown said. “Unfortunately, this season we as players were hoping to see a change in the coaching staff and the administration, and no one really saw that. During tryouts, a lot of players were given the short end of the stick and weren’t really given a fair chance of competing, and were not asked to come back. Others like myself left the team because of no change in the environment.”

When asked for specifics, Brown recalled one instance last year.

“She called me a climate destroyer,” Brown said. “I went from being rookie of the week one week, to being on the bench the next.”

Brown said her decision to quit was hers alone, but some of the team’s most talented players from last year were simply cut with no reason given.

During preseason, the team had six tryouts and practices over the course of three days. Brown said on the last day players were given envelopes with letters informing them whether they would return to the team.

Idziur, another player who was cut, was a two–year starter and had very high credentials. She said she was surprised after not making the roster and wasn’t given a reason.

“Getting cut came out of left field.” Idziur said. “I asked Coach Donovan for an explanation, and she just stared at me. There was no empathy on her part. I felt like it was a lost cause.”

Idziur said her cut particularly stung because she grew up playing the sport and was turned away from it during her collegiate career.

“Volleyball was my life, and when I tried to fix the situation as best I could, I ended up with a very different impression of IC and the athletics department than when I started,” Idziur said.

Despite the losses to the team, sophomore outside hitter Caroline Gerulskis, who was third on the team kills in her first season donning the Blue and Gold, said the team is ready to begin the season with high energy. She said behind the excitement in the locker room is the mix of strong recruitment and experienced players.

“We’re trying to focus on being a strong all-around team,” Gerulskis said. “We have a mix of talented freshmen as well as talented returnees, so it looks to be a very promising season.”

Brown said the situation that unfolded was unfortunate, but if change could not occur, it is better for the members to be off the team than on it.

“It’s sad, we lost our passion,” Brown said. “We came here for our majors and a perk was to play a sport that we’ve played for so long. I know myself and the players I’m friends with that have left the team lost their passion, and we would all love to play again at the collegiate level, but we can’t under this coaching staff, and we would all love to see a change in that, but I don’t know how likely that would be.”