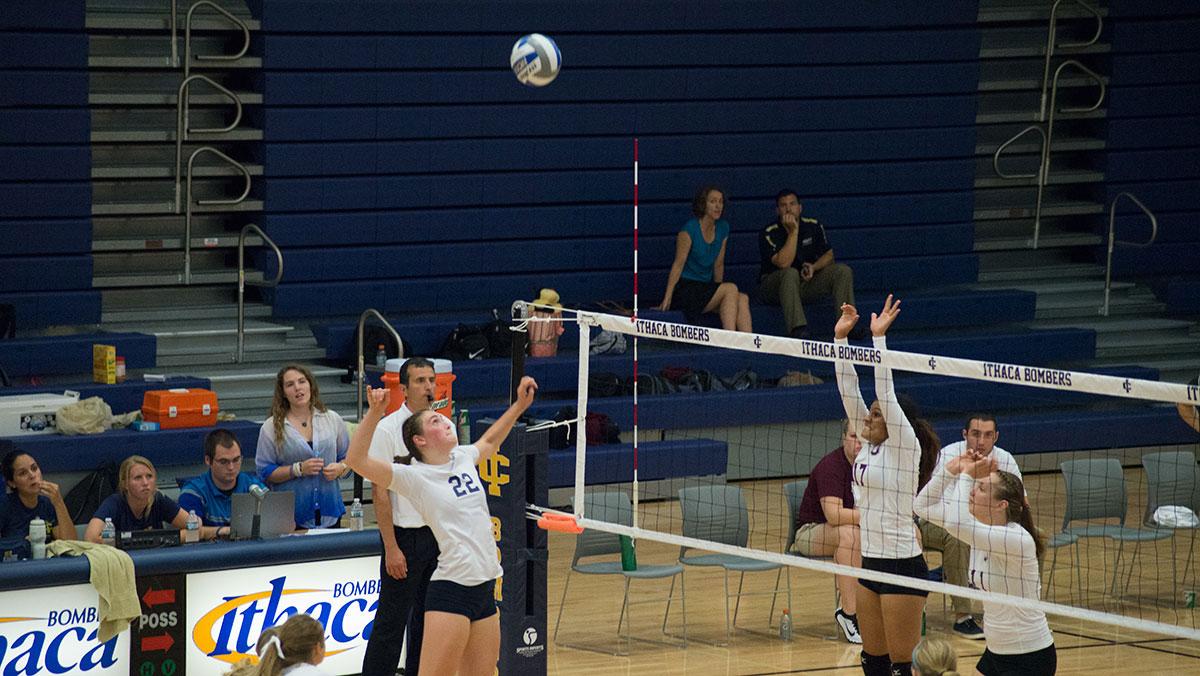 In its season opener, the volleyball team won 3–0 Sept. 1 against Cazenovia College in Cazenovia, New York. The Bombers’ victory came in the form of a sweep as the Bombers swept the Wildcats with scores of 25–12, 25–15 and 25–13. The sweep also marked the fifth straight season in which the Blue and Gold opened their season with a win.

The South Hill squad had an impressive season debut, as the team hit .350 with 37 kills with only nine errors in a total of 80 attacks.

Sophomore Joelle Goldstein, who earned 2014 First-Team All-Empire 8 honors, led the squad in kills with 11, along with three digs. Sophomore captain Kayla Gromen, who collected 23 assists on top of four digs, three kills and three aces, said the Bombers were dominant in their first game of the season because of the team camaraderie.

“For our first match of the season, everyone came out super strong, and we were focused the whole match,” Gromen said. “Everyone had great chemistry on and off the court in all positions.”

Lone senior captain Dylan Gawinski-Stern also contributed to the Bombers’ success as she registered seven assists along with five digs and two kills.

Head coach Janet Donovan said she was very pleased with how the Blue and Gold worked together and played during their first matchup of the season.

“It was a nice way to start the season,” Donovan said. “The team played with a great energy and stayed focused throughout the entire match. It was a total team effort.”

Donovan also said a key component to the Bombers’ game was their serving, which she said was very strong.