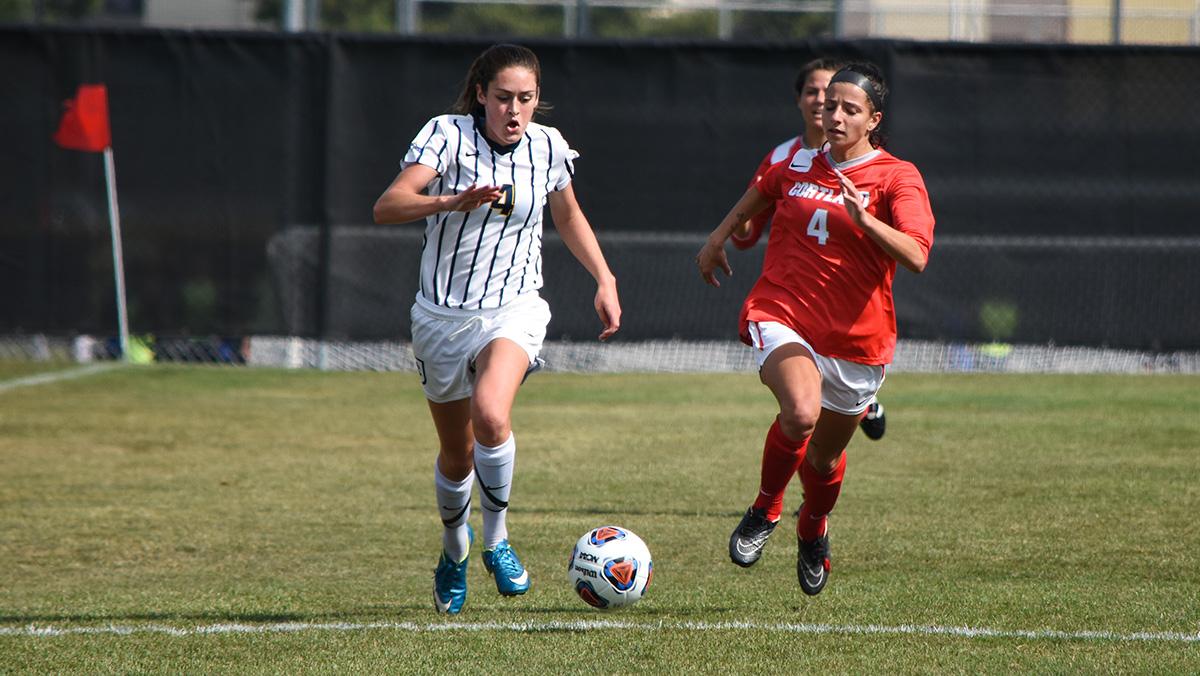 Ithaca College football looks to recover after its first loss of the season Sept. 17 against the Hobart College Statesmen. The Bombers enter Empire 8 conference play with their game Sept. 24 against the Alfred Saxons. The Bombers defense looks to stop Alfred, which is 3–0 this season, and averages 34 points a game.

The women’s soccer team returns to action Sept. 24 after losing to SUNY Cortland 2–0 and tying 2–2 with the University of Rochester at the Upstate Collegiate Cup. The Bombers enter their game against Hartwick College with a 4–1–1 record and are led by senior Jocelyn Ravesi, who has scored four goals on the season, the most among the Bombers.

Field hockey looks to bump up its record to .500 when it plays Nazareth on its home turf at Higgins Stadium on Sept. 24. Senior goalkeeper Katie Lass has been solid in the net, holding down the Bombers defense by saving 80 percent of her shots.

Senior Sean Phillips was named the Empire 8 player of the week for men’s cross country. The Blue and Gold head to the William’s College Purple Valley Invite in Williamstown, Massachusetts, Sept. 24. The Bombers placed fourth and eighth, respectively, in their two invites so far this year.

Women’s cross–country will be joining the men at the William’s College Purple Valley invite. They placed first and second in their first two invites of the year, and were led by Empire 8 player of the week, junior Tayrn Cordani. She placed first and beat Division I runners at the U of R YellowJacket invite Sept. 17.

The golf team heads to SUNY Cortland Sept. 24 and 25 to take on the Red Dragons. Junior Indiana Jones was the fourth Ithaca College Empire 8 player of the week, averaging nine over par and helping her team to tie for third and place third in their two competitions so far this season.

Freshman Caitlyn Floyd of the Bombers Volleyball team was named Empire 8 rookie of the week, helping her team go 3–1 at the F&M Scramble Sept. 16–17. The Bombers hit the road Sept. 24 to take on Nazareth and the Stevens Institute of Technology.

Women’s tennis will have three consecutive days of play at the ITA Northeast Regional Championship starting Sept. 24 in Geneva, New York. They are undefeated this season with a 5–0 record.