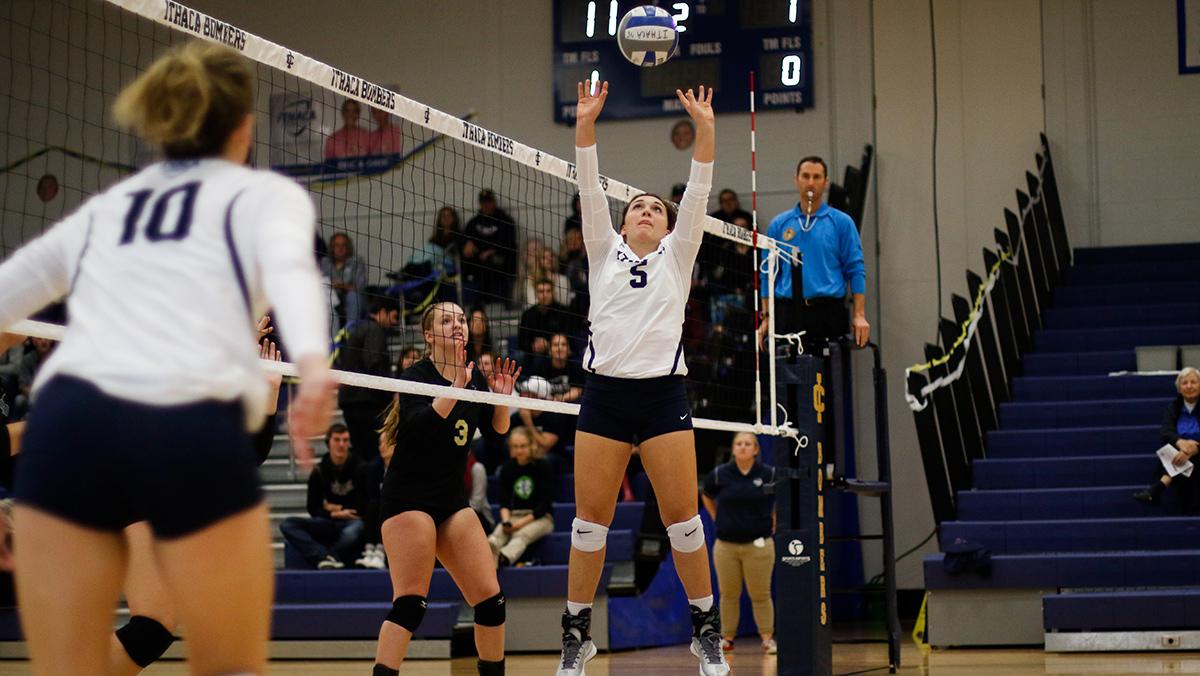 The temperature is dropping, and so is the number of games remaining for Ithaca College’s fall sports teams. Meanwhile, more winter teams are starting their seasons.

Wrestling will kick off its season at home Nov. 4–5 at the Ithaca Invitational.

The men’s and women’s swimming and diving teams will be competing against SUNY Cortland at 1 p.m. Nov. 5 in Cortland. The 2–1 men’s team suffered its first loss in its last meet 201–93 against Rensselaer Polytechnic Institute. The women’s team, which is 3–0 so far this season, will look to remain undefeated.

Hoping to remain undefeated at its home field, the football team will host SUNY Buffalo at 1 p.m. Nov 5. This will be head coach Mike Welch’s final game at Butterfield Stadium, and the Bombers will be without starting junior wide receiver JR Zazzara, who suffered three herniated discs in his back at the team’s last game.

Hoboken, New Jersey, is a destination for three Bomber teams, as Stevens Institute of Technology is hosting all three Empire 8 Championships. Men’s soccer has a first-round game against Houghton College at 7 p.m. Nov. 4. If the Bombers win, they will play the winner of Stevens and St. John Fisher College in the conference championship.

After ending its regular season with a 5–0 loss to Stevens, the women’s soccer team will also hit the road for Hoboken for its Empire 8 Championship. The Bombers, who are third in the conference, have a first-round matchup with second–place Nazareth College at 3 p.m. Nov. 5. The Golden Flyers defeated them 1–0 earlier in the season. If the Bombers win, they will take on the winner of Stevens and Hartwick College in the conference championship.

Sculling will travel to Mercer, New Jersey, to compete in the Collegiate Small Boat Championships at 8 a.m. Nov. 5–6.

Weekend preview: winter and fall sports both in action