Weekend preview: winter and fall sports both in action 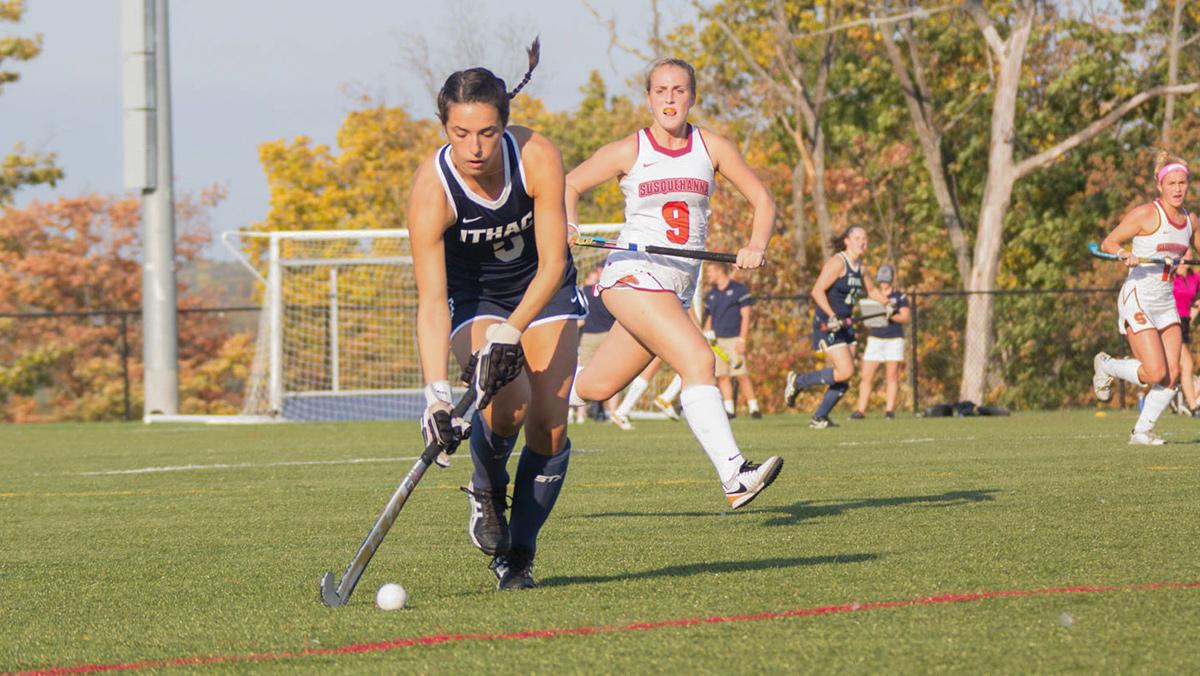 As the leaves start to turn and Ithaca College’s fall sports teams enter the final stretch of their seasons, winter sports teams are starting up.

After falling to SUNY Brockport 42–28 for its third loss of the season, the football team will try to bounce back against 0–6 Morrisville State College at 1 p.m. Oct. 22 at Butterfield Stadium. The Bombers are undefeated at home so far this season, and the Mustangs have allowed at least 40 points in each of its last four games.

Field hockey will host Washington and Jefferson College at 1 p.m. Oct. 22, hoping to end its four-game losing streak. The South Hill squad has not yet won in the month of October and wants to change that against the 12–2 Presidents.

Looking to knot up its record at 7–7 on the season, the men’s soccer team will host Houghton College at 1 p.m. Oct. 22, looking for its second consecutive Empire 8 Conference win. The Blue and Gold are coming off a 2–0 win over Alfred University and are moving on to a Highlanders team that sits atop the standings in the Empire 8.

Women’s soccer will travel to Rochester, New York, on Oct. 22 to take on St. John Fisher College at 1 p.m. The Bombers defeated Elmira College 8–1 in their previous game and are currently sporting a 9–2–2 record.

Men’s and women’s crew will compete at the Head of the Charles on Oct. 23 in Rochester New York.

Swimming and diving kicks off its season at 1 p.m. Oct. 22 in Fredonia, New York, in a meet against SUNY Fredonia and SUNY Brockport.

Volleyball will host two matches Oct. 22, against Utica College at 11 a.m. and Houghton at 4 p.m. The Bombers are 20–4 this season, 5–1 in the Empire 8 and have won their last eight matches.