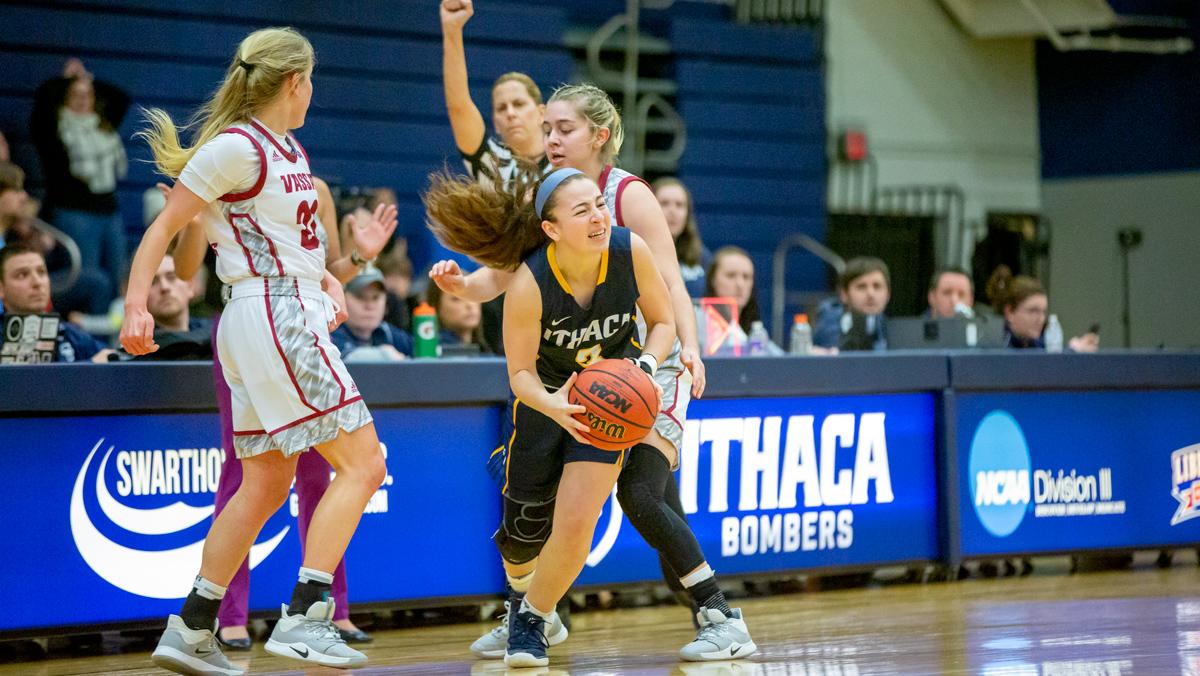 Jill Ruthauser/The Ithacan
The Ithaca College Office of Intercollegiate Athletics is planning for winter sports seasons to be condensed to Liberty League competition only, but an official decision will not be made until the end of November.
By Arla Davis
Published: October 19, 2020

Bassett said at the college’s All-Student Gathering on Oct. 15 that she has been active in weekly Liberty League meetings with athletic directors at other schools in the league. She said that the directors have been paying attention to NCAA decisions and the national landscape in order to make decisions about returning to competition.

One concept that Bassett said has been discussed at the meetings is playing every team in the league twice — once at home and once away. There are 12 teams in the Liberty League. She said the meeting attendees have also been discussing allowing two out-of-league games against opponents whose return-to-play plans are similar to the Liberty League’s. Bassett also said that athletes will not be returning to campus until January because of the league’s decision to cancel competition through Dec. 31.

“We’re discussing a number of possibilities,” Bassett said. “Nothing is determined, and I’m quite sure that if we are able to participate, it will be Liberty League–focused. We’re hopeful, and we’re working toward that.”

Prior to the college’s decision to not allow students to return to campus this fall, the Office of Intercollegiate Athletics had planned for a phased approach to returning to fall sports competition safely. Bassett said the plan to return to winter athletics will most likely be similar to the previous plan. She also said that the plan will include an acclimation period for students to become readjusted to the physical strains of practicing, considering most have not competed in approximately a year.

“You have to keep in mind that winter sports haven’t competed since March,” Bassett said. “Very few have had in-person practices, so everybody wants to bring back people safely.”

Bassett said at the college’s Parent and Family Gathering on Oct. 14 that the NCAA is still holding winter and spring championships. The NCAA has not changed the dates of winter and spring championships but reduced the number of teams participating in playoffs by 25%. It also reduced the number of competitions required to engage in championship competition to 50% for winter sports. Bassett said that the department will follow all NCAA, Centers for Disease Control and Prevention and New York state guidelines in returning to activity.

The college’s wrestling and gymnastics teams, both of which compete during the winter season, do not compete in the Liberty League. Wrestling competes in the Empire Collegiate Wrestling Conference, and gymnastics competes in the National Collegiate Gymnastics Association’s East Region. Bassett said that the college has been in discussion with those leagues and that they will most likely have plans similar to the Liberty League.

Bassett also addressed in the Oct. 14 gathering how the college’s recent budget and staff cuts will affect the athletics office. She said that the college does not plan to cut any athletic programs at this time.

“There are no plans to drop programs at this point, but we are certainly evaluating how we do what we do with an eye to cost containment,” Bassett said.