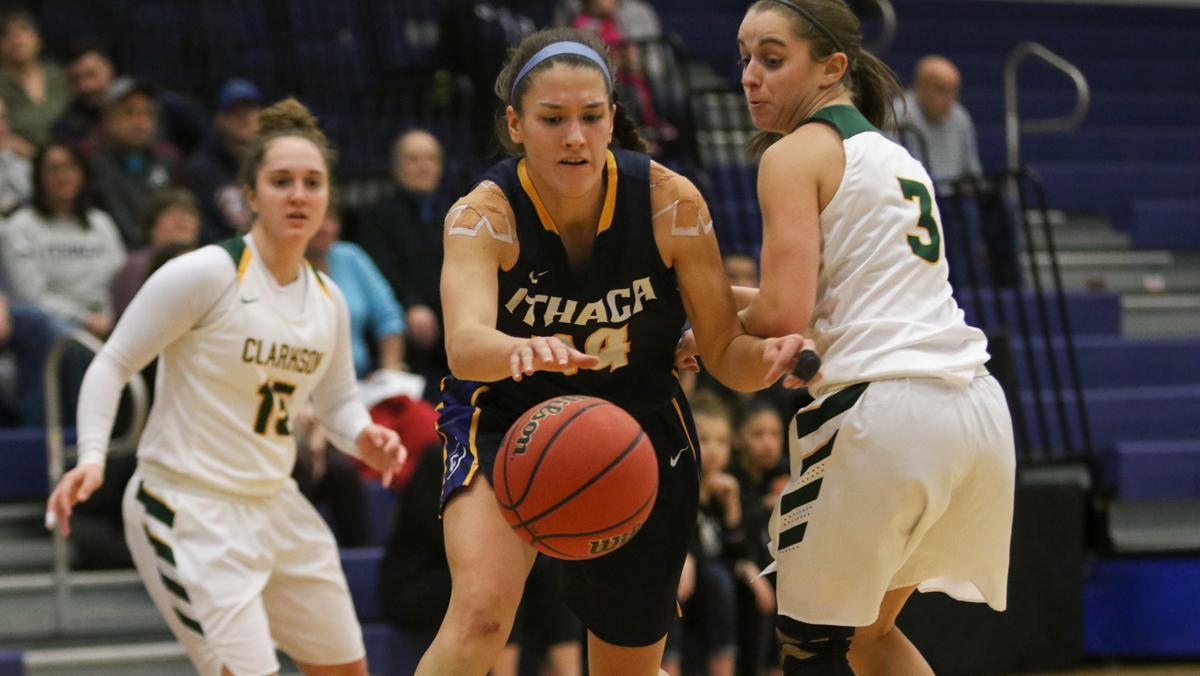 The Bombers are now 16‒6 for the season and are tied for second place in the Liberty League Conference with Skidmore College.

Sophomore forward Cassidy O’Malley led the way for the Bombers with 18 points and three rebounds to help the team beat the Golden Knights.

The Blue and Gold are now on a three-game winning streak that started with a 67–58 win against the Rensselaer Polytechnic Institute on Feb. 3. O’Malley said that the Bombers are heating up at the right time.

“I think we are playing our best basketball right now,” O’Malley said. “We’re coming off a huge win on Tuesday, which really put a lot of confidence in us, and I think we just came out there knowing the team we were and performed well.”

Defense was the focal point of the Bombers’ attack as they forced 17 turnovers which led to 17 points off of turnovers for the Blue and Gold’s offense. Head coach Dan Raymond said the Bombers have adjusted their defensive style.

“We’ve figured out a way to not have to go to the double team on defense,” Raymond said. “What we did on Tuesday night has carried over into tonight, just matching up and being able to stop people.”

The South Hill Squad shot 47 percent from the three-point line in the contest while only missing one free throw.

Senior guard Devin Sorell scored 15 points and pulled in five rebounds, but it was not enough to push the Golden Knights over the top.

The only set back of the game for the Bombers was allowing 14 offensive rebounds. Raymond said that improving on defensive rebounds is something that is very important to the team.

“We gave up too many offensive rebounds to a team that we shouldn’t have,” said Raymond. “That is going to be big going forward because St. Lawrence is huge.”

The Bombers will be back in action against Liberty League opponent St. Lawrence University at 2 p.m. Feb. 10 in Ben Light Gymnasium.