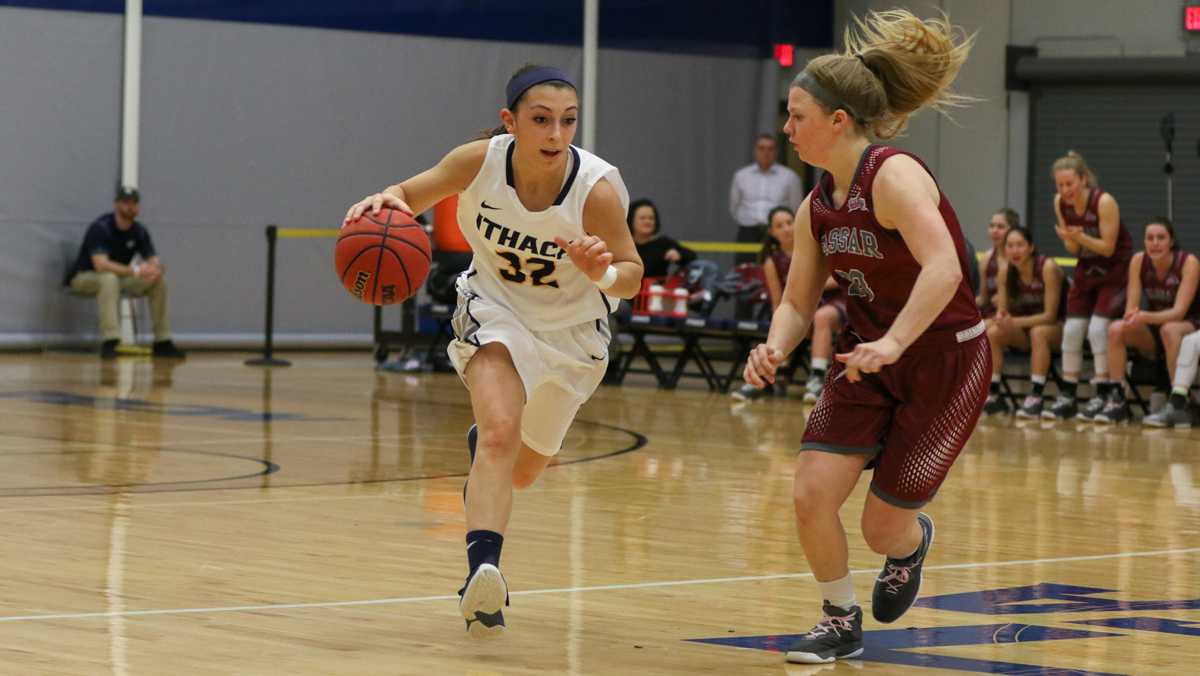 The Ithaca College women’s basketball team clinched the third seed in the Liberty League Conference tournament with a thrilling 64–63 victory against Vassar College on Feb. 17 while celebrating Senior Day.

The lead changed several times throughout the first quarter, but a three-point shot from junior guard Allie Tunick tied the game at 23 to end the quarter.

Vassar went on an 11–0 run to start the second quarter, but the Bombers were able to fight back with a run of their own to cut the lead at halftime to 34–30.

Throughout the third quarter, both teams exchanged leads until O’Malley hit a jumper to tie the game 41–41 with 12 seconds left. The Brewers took a 44–41 lead to end the quarter when junior guard Maeve Sussman hit a three-pointer with three seconds left.

With 21 seconds left in the fourth quarter, Yacovoni scored on a pass from senior guard Erin Woop to tie the game 63–63. O’Malley came up with a steal with 18 seconds left which led to a foul against the Brewers. Yacovoni hit the game-winning free throw with 15 seconds left which secured the victory for the South Hill squad.

Defense was a huge factor in the Bombers’ win as they tallied up 12 steals and forced 25 Brewers turnovers.

The Bombers will be hosting the first round of the Liberty League tournament against William Smith College at 6 p.m. Feb. 20 in Ben Light Gymnasium.