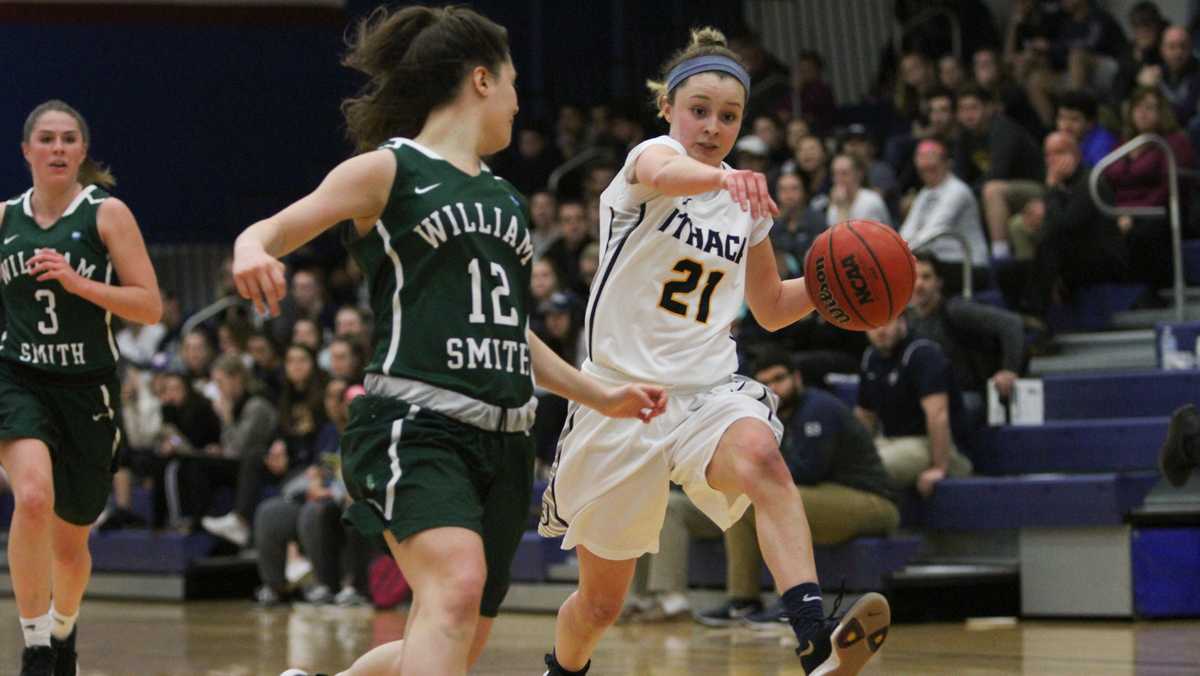 Junior guard Meghan Pickell lead the way for the Bombers offense, shooting 8–15 from the field and tallying 17 points.

Junior guard Annie Giannone was a huge force off the bench for the Blue and Gold with 13 points and nine assists.

“I think we shot the ball very well tonight,” said Giannone. “The key to our offense tonight was that we got the best shot instead of a good shot. We worked together very nicely on the offensive end.”

As a team, the Bombers shot 45.6 percent from the field as they continue to shoot the ball well into the conference tournament.

Defense remains a strong point of the team as they forced 11 turnovers throughout the game which lead to 16 points off of turnovers for the South Hill squad. Sophomore forward Cassidy O’Malley recorded eight blocked shots.

Junior forward Mia Morrison tried to start a late rally by the Herons and edge a comeback but it was not enough to catch the Bombers. She finished with 27 points and 14 rebounds.

Giannone said this win was a product of hard work.

“It comes down to who wants it more,” Giannone said. “And I think we wanted this game more. We gave everything we had for a full 40 minutes.”

The Bombers have advanced to the Liberty League semifinals and will next face off against RIT. The game is set to take place in Saratoga Springs, New York at 4:30 p.m.