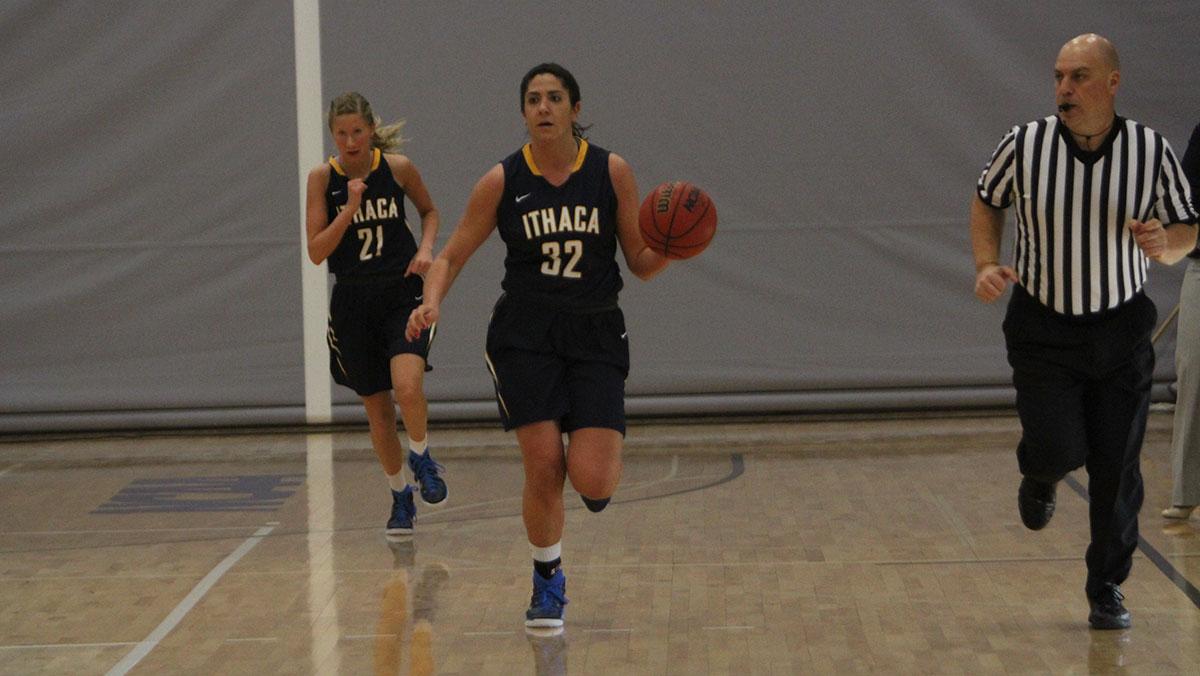 A big weekend was in store for the women’s basketball team when it played two crucial games with a significant role in determining the outcome of the Empire 8 standings as must-wins for the Bombers.

Despite matchups with two of the most dangerous teams in the Empire 8, the Bombers outlasted both Hartwick College and Stevens Institute of Technology to take the lead in the conference standings. If the team wins its final contest of the season against Elmira College on Feb. 20 — it also defeated Nazareth College 70–60 Feb. 17 ­­— it is set to host the conference tournament for the second-consecutive year.

Freshman guard Jordan Beers said hosting the conference tournament has been a priority for the team since its first practice.

“Our goal all season was to host the Empire 8 tournament,” Beers said. “We spent all week preparing for the Hartwick and Stevens games. We kept saying that we were in control of our own destiny, and that we just had to come out and play hard and play together.”

Although the Stevens game was the highlight of the weekend, senior guard Samantha Klie said she knew the Bombers had to focus first on the Hartwick game, making sure they did not overlook the Hawks.

“Sometimes there is a tendency to look ahead, but we really made it a point to focus on one game at a time,” Klie said. “Coach had us working on some things during the week specifically in preparation for Hartwick, so that helped keep us focused. We really wanted to get pumped up for both games and knew that by preparing to play well against Hartwick we would be able to use our momentum to carry us through the weekend.”

The Blue and Gold started the crucial last homestand Feb. 13 against Hartwick. Despite their current sixth-place ranking in the Empire 8, the Hawks played a fairly close game, but the Bombers proved to be too much, winning the game 60–50.

Defeating Hartwick was key to the team’s success this weekend because it put the Bombers in a spot to play for first place. Sophomore guard Ali Ricchiuti said the team was successful in keeping its focus despite a bigger match against Stevens looming the next day.

“If we had just looked past Hartwick we wouldn’t have been able to be in the position we needed to to be in first place,” Ricchiuti said.

The big matchup came Feb. 14 as the Bombers hosted Stevens on Senior Day at Ben Light Gymnasium. Both teams came into the contest with a 12–1 record in conference play. The game’s winner would take over sole possession of first place in the Empire 8.

The Bombers came out firing on all sides of the ball, especially the defensive end, holding the Ducks to only 42 points for the game — well below their 66.3 points per game scoring average and defeated Stevens 61–42. The South Hill squad now stands alone atop the Empire 8 standings with two conference games remaining on its schedule.

Ricchiuti said the game plan for Stevens was simple.

“We emphasized a lot of rebounding,” Ricchiuti said. “After that, we focused on one position at a time.”

The Bombers’ rebounding focus paid off as they outrebounded Stevens 52–40 despite being undersized.

Beers said she is confident the team can regroup and finish the season strong heading into the Empire 8 conference tournament.

“We have to come in each day and work hard,” Beers said. “We can never lose focus of our goal of winning the Empire 8.”