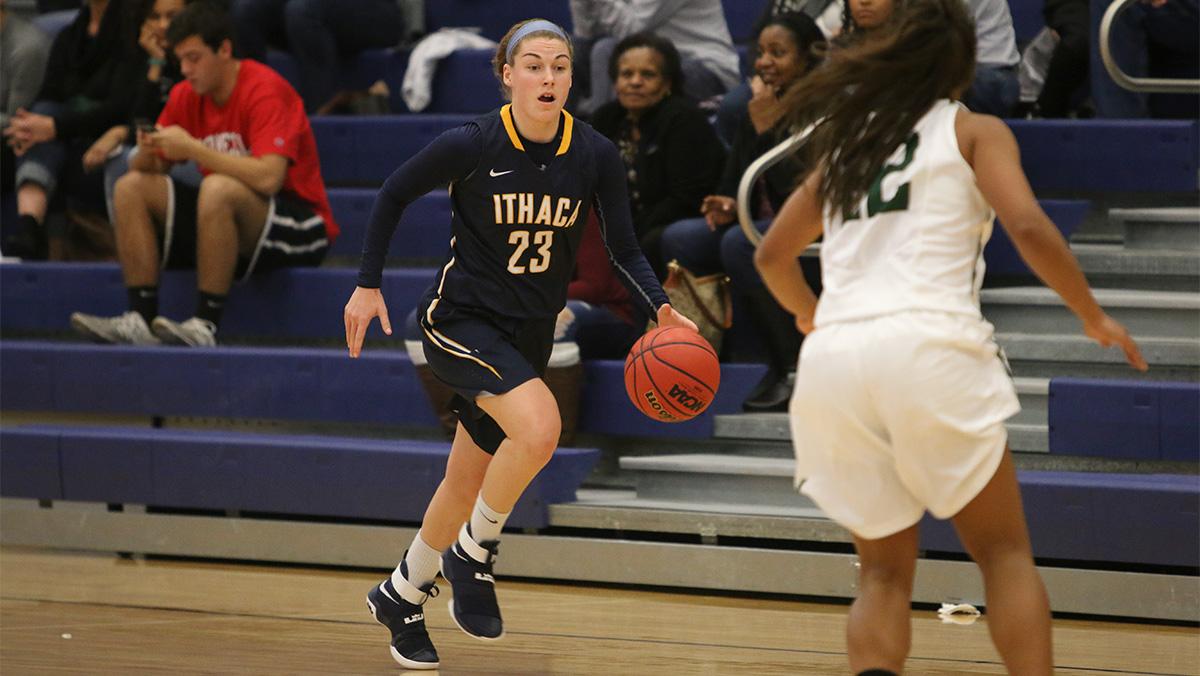 To begin its season, the Ithaca College women’s basketball team participated in the Cortaca Classic and took home two victories.

In its first game against St. Lawrence on Nov. 18, the Bombers won 81–54. The Bombers outscored their opponent in three of the four quarters of the game.

Junior guard Jordan Beers hit a 3–pointer 12 seconds into the game to give the Bombers the lead from the get–go. St. Lawrence came back with its own back-to-back 3s, but the Bombers took back the lead and were up 27–15 at the quarter.

Junior guard Ali Ricchiuti scored another 10 points with less than four and a half minutes left in the quarter. The Bombers were up by 23 points, ending the half at 49–26.

The Blue and Gold continued to the dominate the game as they added an additional 32 points to finalize the game and take home their first win of the season.

The Bombers also won the second game 84–73 against William Smith College on Nov. 19.

The Blue and Gold ended the first half leading the Herons 46­­–31. The Bombers dominated for a majority of the entire game, holding their largest lead of the game in the fourth quarter with 18­­ points. To end the game, the Herons cut down the Bombers lead, eventually falling by 11­­ points.

Taking control of the game from the start was Beers, who hit back-to-back 3s. Beers later hit two additional 3-pointers in the game, contributing to her 16 points.

Ricchiuti led the Blue and Gold in scoring with 20 points to go with six rebounds and three assists. Scoring six straight points, Ricchiuti, helped extend the lead for the Bombers to 17 points at halftime.

On the defensive end, the Bombers showed much success, forcing the Herons to 21 turnovers.

The Bombers will play next at 6 p.m. Nov. 22 against Skidmore College in Saratoga Springs, New York.

Women’s basketball hopes to continue success in the Empire 8