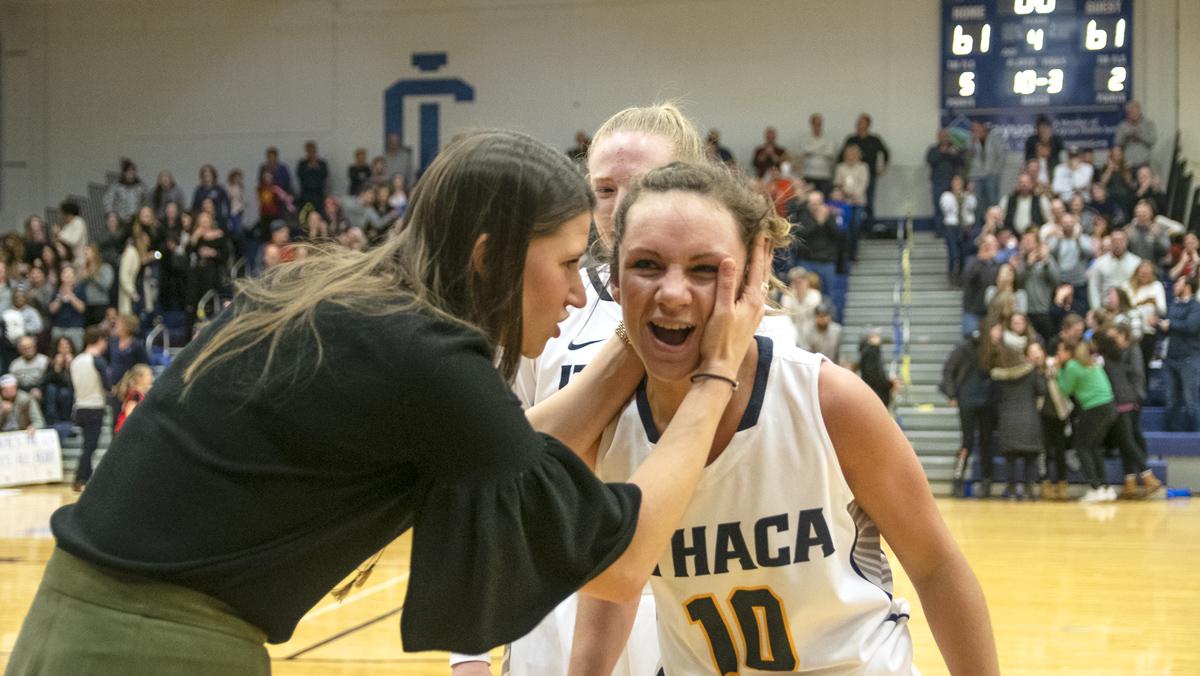 The Ithaca College women’s basketball team defeated Rensselaer Polytechnic Institute 72–66 in their Senior Day competition Feb. 2 in Ben Light Gymnasium. Senior guard Annie Giannone sank a half-court buzzer beater to force the game into overtime, and the Blue and Gold came out on top to improve to 16–4 overall. They are currently ranked second in the Liberty League with a record of 11–2.

Junior forward Cassidy O’Malley was the high scorer for the South Hill squad with 21 points. It was O’Malley’s 10th game this season with more than 15 points. She also tallied nine rebounds and two blocks.

The Bombers were evenly matched with the Engineers, as the lead changed seven times during the first half. At halftime, the score was tied 26–26. Giannone was the scoring leader with nine points.

O’Malley came alive in the second half, sinking 14 of her 21 points. However, the score continued to bounce back and forth between the two teams. There were eight lead changes during the second half.

With four seconds left in the fourth quarter, RPI junior forward Celia Tomlinson sank a free throw to put the Engineers up by three. However, the Bombers fought until the final buzzer. Giannone picked up the rebound and at the last second released a Hail Mary shot from just past half court. She leaned back, watched the shot swish through the net and was immediately dog-piled by the entire team. The score at the end of regulation was 62–62.

Giannone’s shot seemed to give the Blue and Gold the energy they needed to overcome the game’s back-and-forth scoring pattern. They dominated on defense during overtime, holding RPI to only four points, while they netted 10.

The Bombers will be back in action against another Liberty League opponent, Rochester Institute of Technology, at 5 p.m. Feb. 5 in Ben Light Gymnasium.