Women’s crew team rows for each other and NCAA title 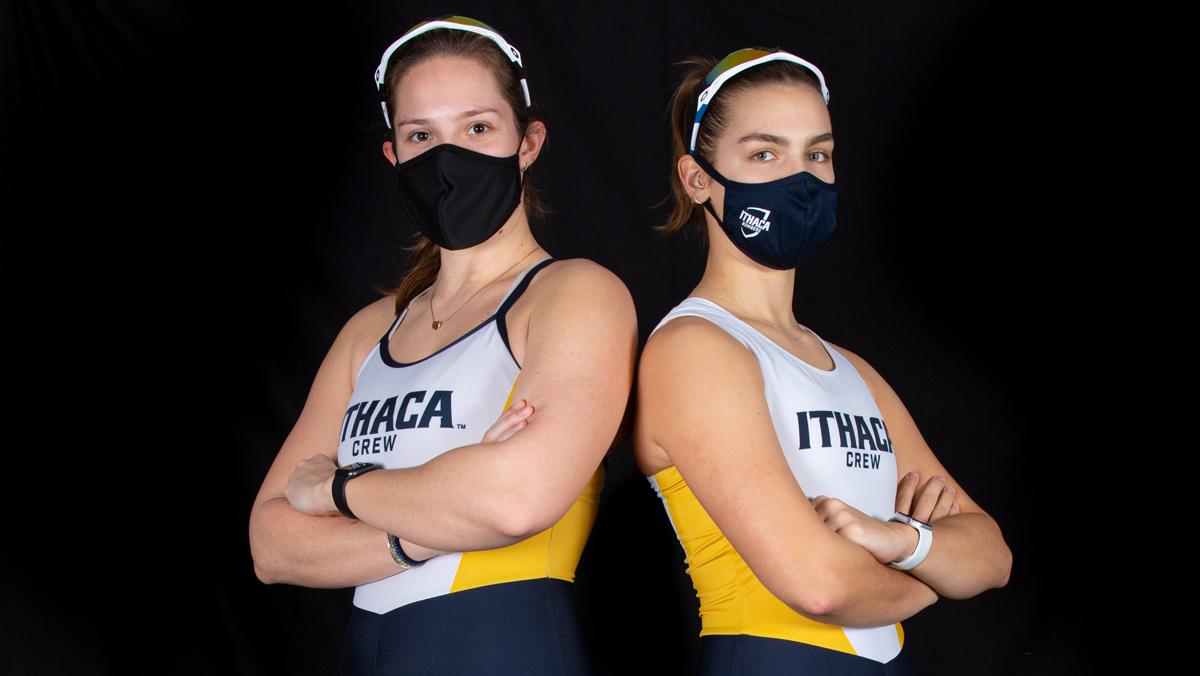 Walking into practice March 1, junior Dania Bogdanovic checked her phone to see an email from the Ithaca College Office of Intercollegiate Athletics announcing the college would be competing in Liberty League spring sport competition. While the team is still waiting for the conference and national championships to be announced, Bogdanovic said it felt surreal to finally hear good news about the team’s season.

“I was just thinking back to a year ago when we were on our spring trip down in Georgia, and everything was getting canceled,” Bogdanovic said. “We were trying to hold on to every last thing, but nothing was going to happen. … When I got the email, I just was like, ‘Wow.’ It was just so crazy to actually have something that’s definitely going to be happening.”

Bogdanovic said that before the Liberty League announced spring sports would be held this season, it was tough to train without knowing if the team would compete this season.

“It was definitely difficult to approach practice with an end goal or with an endgame, and I think that’s been the hardest part of this last year,” Bogdanovic said. “It wasn’t necessarily that we were just practicing for competition, but we were practicing for each other. Having each other there was the best feeling ever. I think it was so easy to feel lonely based off the last year, but then coming back and having so much to work for just makes it so much better.”

Once the team received the news about spring sports, head coach Becky Robinson said it felt like a sigh of relief. She said she expected the team members to row against each other or local teams, but now her eyes are set on an NCAA title.

“Moving forward from here, the goal is to qualify for the NCAA championship and go there and compete,” Robinson said. “Leading up to [the season] over winter training, the goal was to get back on the water and have competition. Whether that meant Liberty League or whatever competition looked like at that point, it definitely shifted with the news of spring competition.”

“We are not going to see our really tough competitors until we would get to an NCAA championship,” Robinson said. “To find competition that will match those New England schools, which we don’t get to see this year, I went out and set up competitions with [Division I and II schools] so that we can get some of those faster competitive races and be ready for the NCAA.”

The women’s crew team usually relies on recruiting students to join the program as walk-on athletes, but without in-person classes in the fall, Robinson had to adapt. She was able to get nine new members, which is a smaller number than usual, through Intercom emails and virtual activities. Robinson said that the team is about 60% walk-ons and that having just nine this season could be a benefit for the program.

“I actually thought that [recruiting walk-ons] was great, and sometimes when you have fewer [walk-on athletes], they feel more part of the program and more valued, and so retention is better,” Robinson said. “That was what we saw. We didn’t lose anybody this season, and we usually do.”

One of the more experienced rowers, first-year graduate student Libby Ryan, has participated in competitive rowing since her junior year of high school. Ryan said she uses her experience to help the newcomers and the rest of the team improve at rowing and grow into leaders themselves.

“I try not to be vocal a ton because I want the younger girls to step up and do it,” Ryan said. “They obviously do, but it’s just nice to kind of split the load between everyone.”

The Bombers will host RIT and University of Rochester on April 3, returning to competition for the first time in 17 months.